Necessity is not only mother of mankind's greatest inventions, it continues to inspire little innovations that make a big difference in remote areas where volunteers work tirelessly to improve the health of people in the rural areas. It was the need to be taken seriously by the people they serve that inspired the Village Health Team (VHT) members of Kobulubulu sub-county in eastern Uganda’s Kaberamaido District to invent a new approach that has energized FamilyConnect, the mobile phone-based tool used to support maternal health during pregnancy and after delivery.

The four parishes that comprise Kobulubulu sub-county have four coordinators supervising 74 VHTs. Three of the coordinators, Ewaru, Emenyu and Etomu share the same first name of Joseph. After they finished FamilyConnect induction in December 2018 and hit the road, they held a meeting a month later and noticed that their fourth colleague, Emmanuel Elilu, had registered far less pregnant mothers than the rest. In fact, some of the VHTs he was supervising were not even actively registering mothers, owing to one excuse or another. So they decided that rather than have Emmanuel’s parish (called Katinge Parish) lag behind, they should all go there and see how to help boost his performance.

In Katinge, they found a generally hostile community and demoralized VHT members. Many women and their men were captives of superstitious myths especially one spread by some village preachers who distort Biblical teachings about end-times talking about an anti-Christ and some digits somehow similar to the short code used by FamilyConnect. They also kept citing some myth of evil people who are said to go under water to seek special powers for becoming rich.

The three Josephs got to work, talking to the resistant people of Katinge and slowly softening them. They soon realized that Emmanuel’s problem was that being a native of Katinge, the people were too used to him to take him seriously when he tried to fight the myths. This was true to the saying that a prophet is not recognized in his home, and so the team of four decided to institutionalize the system of peer review/supervision by backing one another in what they called exchange visits.

Going to different parish every month, they realized that Emmanuel did not necessarily have an individual weakness, because even the most astute supervisor, Joseph Ewaru, also benefitted from being backed up by his three colleagues. All the VHTs and the mothers took the visitors more seriously than the ones they were used to. And even more important, the VHT benefitted from new eyes and ears focusing on their beneficiaries and noticing problems that had been too close for them to notice. Although friendly, the peer visits are serious business, with colleagues inspecting their host’s record keeping and scrutinizing his VHT kit to ensure everything is in meticulous condition.

Since its inception, the highlight of these peer support exercise has been the dramatic change of attitude of hostile women who work at or hang around Imomeri Bar in Okile Parish. Some of them were drinking alcohol while pregnant but they accepted to be registered and started receiving the FamilyConnect messages. In fact, they started looking forward to the messages and discussing them with VHTs. In some cases, the women are the ones who look for the VHTs to discuss the messages.

These testimonies are collaborated by staff at Kobulubulu Health Centre III, which is the health services base of the sub county. Betty Amuso, the overall coordinator of all the VHT activities in the sub-county, says there has been an increase in the ante natal care attendance at the hospital since the FamilyConnect sensitization in December 2018. Statistics from the hospital records confirm this. According to senior midwife Alice Agwang, the number of expectant mothers reporting during the first trimester has doubled from an average six per week in December 2018 and January 2019 to thirteen per week in the first half of May.

Things are beginning to look good in Kobulubulu for maternal health, but one challenge that both VHTs and health workers quickly cite is low male involvement. The VHT coordinators who have evolved the peer support system however are optimistic that they have started making inroads in convincing the men to participate in their women’s pregnancies and preparation for the babies.

Another challenge is low phone coverage in the sub county. There are 43 handsets per 100 homesteads on average. But that being a general economic issue, for now the people are sharing phones to be able to access the FamilyConnect messages. 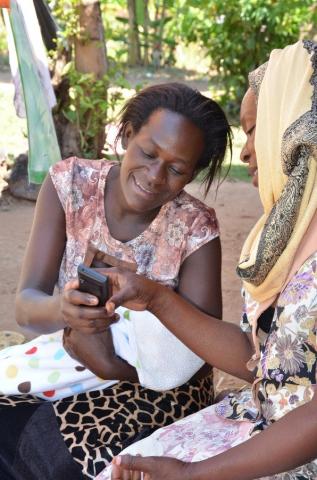 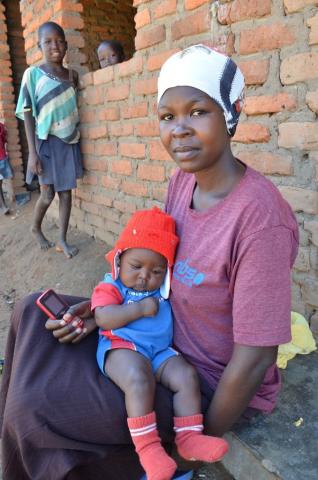 FamilyConnect: a healthier baby for Nazima in Uganda
UNICEF innovations for good health
Read the story 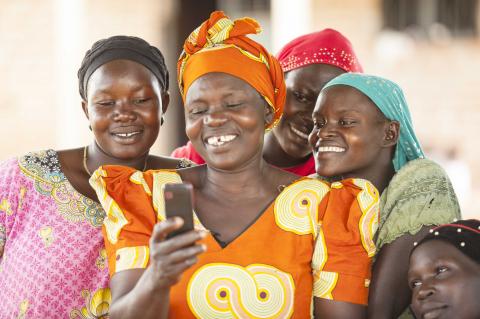 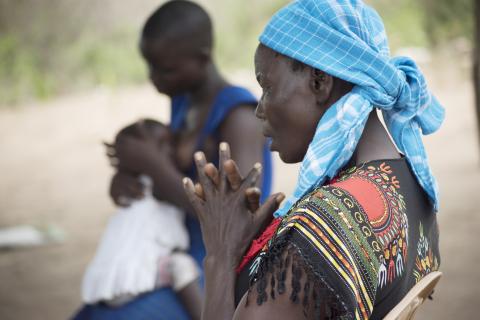