Parental centres in Turkmenistan help children get prepared for school

The Centre was established by the Government with UNICEF’s technical support in response to the low rates of kindergarten attendance nationwide. Forty-four per cent of children in the first year of primary school attended pre-school during the previous school year. Given that early education has been shown to help children do better in school over the long run, UNICEF supported the development of a curriculum based on play and child development to facilitate early learning for children about to begin Grade 1 and build the knowledge of parents. Once a week, the students and their parents attend classes at the Parental Centre located within the local kindergarten.

For Zulfiya Azimova, Deputy Head of the Education Department of Lebap region, the parental centres represent a powerful approach not only to developing parenting skills, but also to leveraging the inherent skills that mothers and fathers have for teaching their children. The aim is to build on these innate abilities and provide parents with the knowledge they need to equip their children to learn in school environments.

As the manager of the Parental Centre Programme, Zulfiya also makes home visits to assess the extent to which the home environment is conducive to early learning. She believes that family culture can be an excellent tool for early learning, and encourages families to draw on traditional practices such as cooking and weaving to teach their children math and motor skills.

“We can really see the difference between children that attended pre-school preparation and ones that did not,” said Tamara Yazyeva, Director of the pre-school. “The ones that don’t are less confident, less proficient language-wise.”

“Parents have inherent skills,” said Zulfiya. “The focus of our work is to develop those instincts, while also giving them the didactic and interactive skills they need to get their children ready for school.” 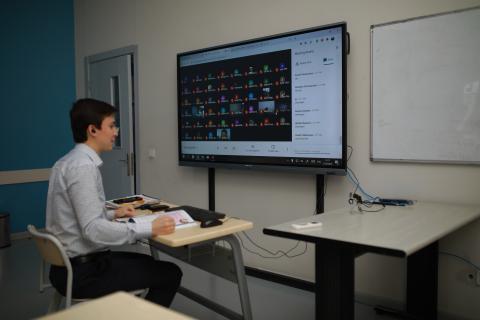 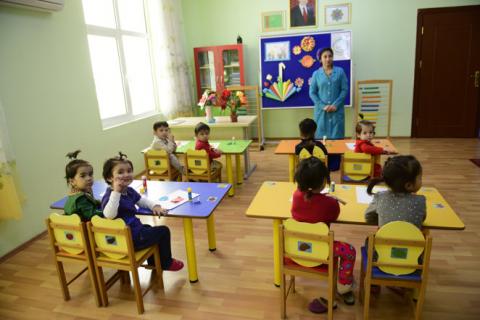 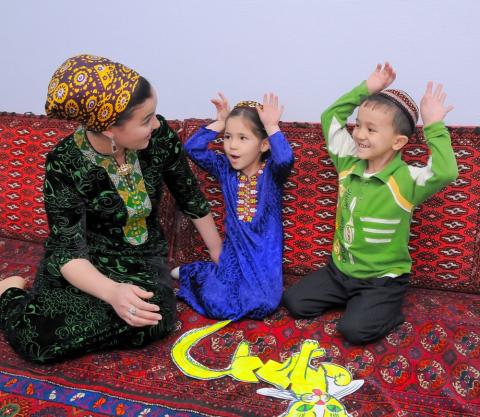 Two week campaign on learning while at home brings joy to children. 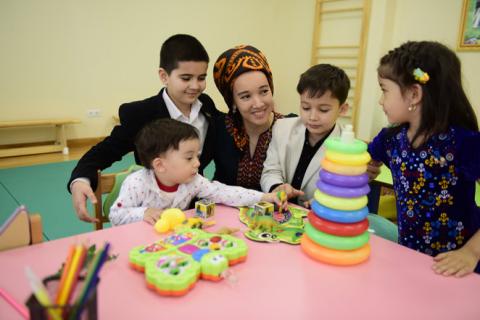