UNICEF works to ensure that children who have been forced to flee their homes receive vital support needed to prepare for cold winters.

UNICEF and NGO partners coordinate closely with local authorities to provide one-off, cash-based assistance to the most vulnerable refugee families to help them meet increased needs during the cold winter months.

Nearly a decade into the refugee crisis, Syrian children and families in Turkey remain highly vulnerable. According to recent assessments, nearly 12 per cent of Syrian refugees continue to live in extreme poverty (defined as less than US$ 3.20 per day in Turkey), and 59 per cent in moderate poverty (less than US$ 5.50 per day). The significant contraction in the Turkish economy in 2018 and associated inflation placed additional burdens in the struggle to provide for their families.

As many vulnerable families struggle to meet their basic needs, they increasingly resort to negative coping mechanisms that can expose their children to numerous protection risks – such as sending their children to work in factories or on the street, or entering their children into early marriages, instead of enrolling them to school and preserving their right to a childhood.

This already precarious socio-economic situation can be exacerbated during the cold winter months, when opportunities for seasonal labour lessen and household expenses (such as heating oil and warm clothes) increase.

UNICEF has been implementing a cash-based winter assistance program for the most vulnerable families in Turkey since 2015. With the expansion of the Emergency Social Safety Net (ESSN) for refugees in Turkey, which provides regular cash assistance to vulnerable households to help them meet their basic needs, UNICEF targets Syrian families who are not yet enrolled in the ESSN, as well as a smaller caseload of highly vulnerable non-Syrian families.

Under this program, families receive one-off cash assistance (via debit card) with which they have the freedom to utilize as they see fit. Cash values vary and are determined based on the size and specific vulnerabilities faced by the households.

The program’s approach reflects the growing body of evidence that refugees know best how to provide for their families, and therefore cash assistance is a more effective form of support compared to in-kind assistance) that also helps to build resilience among the targeted populations.

During the 2016-2017, UNICEF and partners reached over 33,000 Syrian families, benefitting 180,000 people including  approximately 99,000 children. For the 2017-2018 winter, due to the expansion of the ESSN, UNICEF partners assisted almost 10,400 vulnerable households in Batman, Hatay and Mardin with unconditional cash support, benefitting over 54,400 people including almost 26,000 children. Post-distribution monitoring visits take place every year after the programme concludes, the results of which are used to inform and improve programming for next winter. 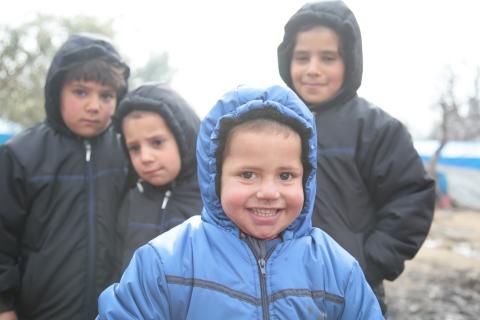 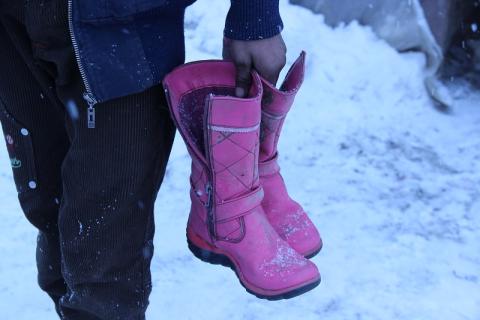 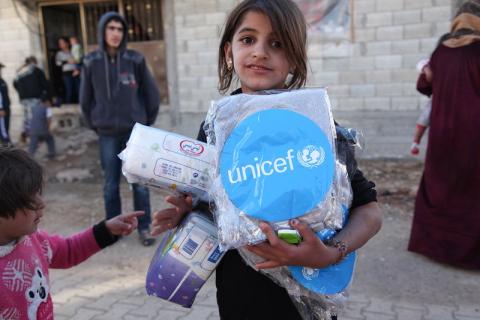