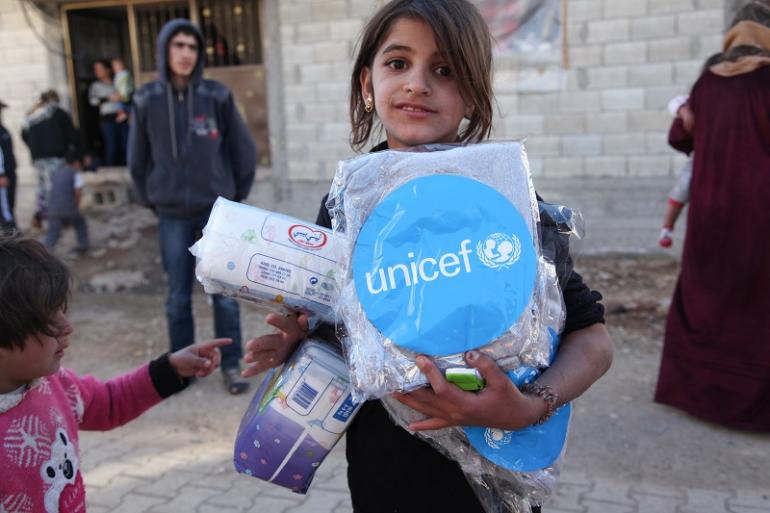 SURUC, Turkey, November 2014 -Berevan Bozi, 23, cuddles two-month-old Berfin outside the half built three-story house in the Turkish town of Onbirnisan, just 15 kilometres from the Syrian border and Kobane. She fled the fighting 45 days ago when her daughter was just 13-days-old. As winter draws in, she is struggling to keep warm.  Berevan is just one of the nearly 200,000 refugees who have crossed into Turkey from Kobani (Ayn al-Arab) since mid-September. The vast majority are women and children.

Turkish and international aid agencies are working hard to keep up with the huge influx, whose basic needs are becoming more desperate as the weather gets steadily colder.

UNICEF (in partnership with the Turkish Red Crescent) made their first distribution of baby hygiene kits (diapers) and thermal under-wear this week to mothers and their children in Onbirnisan, with the promise of more to come.

“It’s really cold. I need baby clothes — we have just been given thermal underwear for the older children but we need more for the baby,” said Berevan, cradling Berfin in a blanket.

“We got some things from the Turkish authorities but we haven’t had anything this month.”

Thousands of the new refugees from Kobane left their houses with nothing but the clothes on their backs, and now take shelter in the bricks and mortar of half built houses.

There is no glass in the windows, carpets on the floor, insulation or running water. Children play in the street with no shoes, no jackets and in clothes are already pocked with holes.

In Karabuyu village, just a few kilometers from the border, the population has doubled with the influx of refugees. The town’s Muhtar (village leader) says the villagers have been supporting the new arrivals as much as they can with their own resources, but they need outside help.

A handful of the 225 Syrian residents stay with relatives, others have made house in abandoned buildings. Rodin Asi lives in one room with her husband and two children — one-and-a-half-year-old Beretan and her three-year-old sister Ozgur in a block of five former farm sheds.

“The animals used to stay here, but they cleaned it out for us. We have water, but no heating. We just have blankets to keep us warm,” she says.

Hidan Ahmad, with her 8-month-old twins Jumana and Joanna is also without heating and worried for her children in the months ahead.

“It’s already too cold,” she said. “We need heating. We would use liquid gas in Kobane and if we were there we would be preparing our winter clothes.”

A new 32,000 person camp is being constructed nearby and is expected to be ready in two months. Instead of tents, the refugees will be housed in pre-fabricated buildings. Many of the new arrivals were attending school in Kobane, now they have little to occupy them.

But the refugees continue with their winter rituals. Rabia Aresho, 50, stands in front of her tent, two pieces of cloth covered in red peppers carefully placed to dry in the sun at her feet. “We do this every year around this time,” she said. “I had to leave all of my spices in Kobane, so now I have to make more.” Once dry, the red peppers are crushed to make “pul biber” a red spice common to both Turkey and Syria.

While the camp provides three hot meals a day, the children miss the taste of their mother’s cooking.  For Rabia, her two sons — Mahmoud, 10, and Ahmad, 12, the mass-produced dishes are made more appealing once they add a sprinkling of homemade spice.

“We need clothes for the kids,” Rabia says. For her, she’d just like more plastic tubs to make the washing easier. 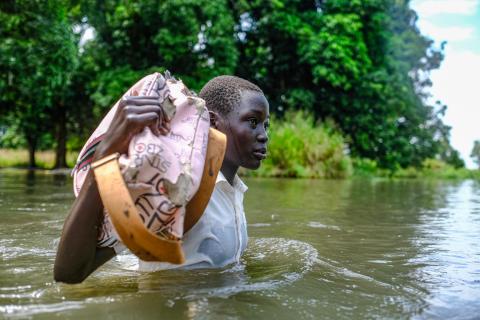 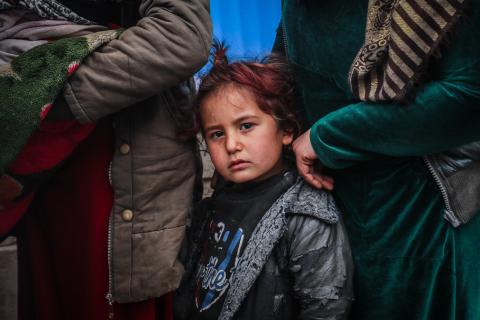 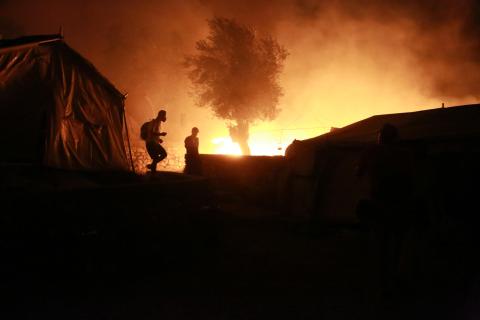