For the past 10 years, UNICEF has supported the Ministry of Education, Youth and Sport in establishing Student Councils across Timor-Leste. The programme is still going strong, and is giving members the confidence to participate in all areas of their lives

About a 30-minute drive outside Timor-Leste’s capital of Dili, along a rugged coastal road that drops off into the deep-blue ocean, is the Casait Basic Education Central School, or EBC Casait. The school’s playground is a hive of activity, as some five dozen students from seven basic education filial schools across Liquica Municipality gather to take part in a day of extracurricular sports activities. The excitement among them is palpable.

The sporting events have been organized by the EBC Casait Student Council, who also arranged last weekend’s quiz and drawing competition, and a workshop on menstrual hygiene management. Since 2009, UNICEF has supported the Ministry of Education, Youth and Sport to develop Student Council Guidelines for Pre-Secondary Schools and the establishment of Student Councils in 66 basic education schools across 3 municipalities in Ainaro, Ermera and Liquica. Part of the process has been to train council members on Citizenship and Democracy, First-Aid, Leadership, Disaster Risk Reduction in School and at Home, Financial Reporting and Management.

Geraldo Ribeiro Soares is the Director of EBC Casait’s Education Cycles 1,2 and 3. He oversees preschool through to Grade 9 and, as a teacher, has seen it all. Geraldo began his career in education in 1974, when he first started teaching during the Portuguese colonization. When Indonesia invaded and occupied the country in 1975, entire communities fled to the jungles. So did Geraldo, and he spent the next five years teaching children in these remote, makeshift and vulnerable communities. In 1979, he joined the public education system run by the Indonesian government and, following the Popular Consultation in 1999, taught during the administration of United Nations Transitional Administration in East Timor (UNTAET) and into the subsequent independence of Timor-Leste.

“You could say that I have been a teacher throughout the five distinct periods in Timor-Leste,” says Geraldo. “I have experienced both the bitter and the sweet.”

It is evident that Geraldo is a dedicated teacher; a man of knowledge who has given his life to ensuring the children of his country have a chance at quality education. He is certain the Student Council programme is helping to do just that.

“The Student Council prepares students to take part in school activities, to support the school when needed, and to become our country’s future leaders,” says Geraldo. “These students are able to make decisions and are good examples for others. They’re more polite; they don’t insult others like students sometimes can.”

Today’s activities kick off with a gutsy round of sack races. As their peers cheer them on, the racers hurtle from one end of the dusty pitch to the other. Watching from the sidelines with a sparkling smile on her face is 23-year-old Bebiana Soares. Bebiana is a member and organizer of the Timor-Leste Youth Parliament Alumni Association and was, herself, on the Student Council at her pre-secondary school in Ermera Municipality.

“Student Council taught me how to establish councils in other schools, how to run Student Council election campaigns and how to speak publicly,” she says. “It also gave me the confidence to express and discuss ideas with teachers. I can see that the council members today are the ones best at expressing themselves and their ideas. Teachers need to make sure they take care of these students, so they can become role models for others and take what they have learnt throughout further education.”

Ana Delia Maria Colo Alves, 12, is in Grade 6 at EBC Turlele in Liquica Municipality and is a participant in today’s activities. “I’m happy because I have met a lot of new friends from different schools,” she says, sitting in the shade of EBC Casait’s huge, central tree. “This is the first time we have done something like this and it’s been fun. We won the first round of tug-o-war.”

Not only has the Student Council programme equipped members with the confidence needed to champion events for their fellow students, but it has also helped them to make positive impacts in their communities.

“These students are the ones who think,” says Director Geraldo. “They take what they learn back home and share their own ideas with their communities. They also do things for themselves; they are more confident to chase their dreams and fulfill their potential.”

Ana Paula Soares, 16, is in Grade 8 and is the President of the Student Council at EBC Casait, a position she has held since March 2018. Among other responsibilities, Ana helped to decorate for today’s sporting events and was central to the school’s recent Green School certification from the Ministry of Economic Affairs’ Secretary of State for the Environment.

“During the preparations for the Secretary’s visit, I met a lot of people,” says Ana. “Before Student Council, I would have been afraid to do that, but the council has helped me to gain confidence and experience. I meet different people all the time now.”

Ana participated in the UNICEF-supported Student Council training prior to her election last year and what followed, she says, was something rather unexpected that has set her on a path to higher learning.

“I had a dream that my grandmother gave me a book and a pen,” she says. “I thought this might have represented a chalkboard and chalk, so ever since then I have wanted to become a teacher. To get there, I want to be involved in as many activities as I can – at school, at church and in my community. My public speaking training will help me, too. I just want to learn as much as I can.”

All of this year’s Student Council activities have been part of the celebrations around the 30th anniversary of the Convention on the Rights of the Child, which Timor-Leste ratified in 2003. 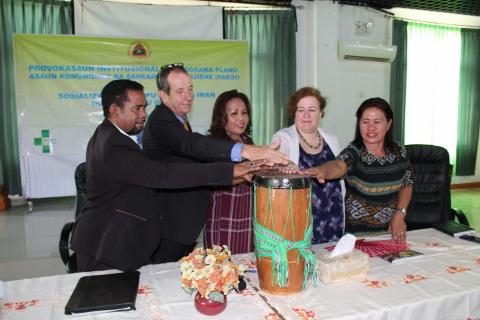 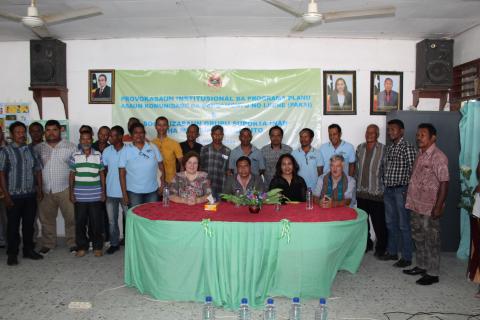 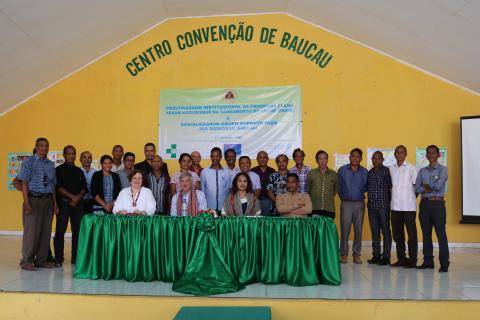 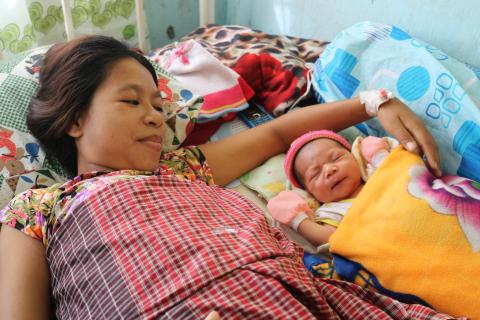