For the first time, the concerns and demands of marginalized groups were given a platform

Department of Children and Youth

On 13th September, the 2020 Children and Youth Assembly concluded a three-day workshop, during which youth made their voices heard and members of the Children and Youth Council of Thailand (CYCT) set out the past year’s challenges and proposed solutions for improving the well-being of children and youth.

Every year, council members from around the country meet to identify problems and propose solutions to the government, and this year’s event was more inclusive than ever before. For the first time, the concerns and demands of marginalized groups were given a platform, with LGBTQ groups, ethnic and migrant groups, people with disabilities, people from the three southernmost provinces and students in non-formal education seated at the table, which was arranged in a round shape to highlight equality among all.

CYCT President Suphaphit Chaiyadit noted that “some groups repeatedly face discrimination.” Many practices, even seemingly trivial ones, can be discriminatory without people realizing it. The marginalized groups called for the government to operate with greater inclusivity in mind, which requires a better understanding of and respect for them and their needs.

People who identify as trans women are often placed in a hospital ward for men instead of women because their ID indicates that they are male. This is just one of the many ways transgender people are discriminated daily. The LGBTQ group called for the Ministry of Public Health to provide healthcare treatment in accordance with their preferred gender rather than sex assigned at birth.

The group highlighted that the public, community leaders, government officials in the Interior, Education and Higher Education, Science, Research and Innovation ministries must learn more on the topic and be better informed about problems faced by the LGBTQ community.

Furthermore, youth in the southern provinces often feel that their rights are violated or discriminated against. Some are uncomfortable with being asked by officials for their ID card or with having their photo taken when riding a motorcycle in their province. They also urge the government to create more local job opportunities.

People with disabilities face various obstacles on a daily basis because of inaccessible services and facilities. One example is the overlooked problem of ATM touchscreens. For those without visual impairments, the screen is a convenience, but for many, it is a major obstacle for completing a seemingly simple task.

People with disabilities are also prevented from leading a normal life by a public transportation system that doesn’t take their needs into account. Without assistance, a person with visual impairment cannot take the bus.

“They don’t want special treatment. They only want to be treated equally so they don’t need to ask others for help while going about their daily lives,” said CYCT Vice President Taran Tragoonsawang on the groups that urged the Bank of Thailand and Ministry of Transport to address their accessibility needs.

Stateless groups called for a verification process that is more humane and straightforward. The creation of an online platform for stateless people to request a travel permit would mean they wouldn’t need to get a physical document from their hometowns, which are usually in hard-to-reach areas in Chiang Rai, Tak or Ranong. During the assembly, the council found themselves in agreement on two proposals about education reform and media accountability.

The school curriculum is perceived by many as irrelevant for life outside school. Chaiyadit spoke of her own education experience, explaining that while she received full support from her family, the way she was raised and educated did little to prepare her for life on her own. The role of teachers needs to evolve too, moving away from ‘second parent’ to that of mentor, she said. Some children are less willing to discuss certain issues like relationships, friendships or even, in her case, further studies, with parental figures.

“[Teachers] should act as facilitators or mentors, rather than commanders,” said Chaiyadit, adding that students shouldn’t be taught to view things as strictly right or wrong because there are more than two directions in life. Trial and error can be a better approach to teach these days.

The council was also concerned about media accountability, said the CYCT president. She noted that some news is presented without much consideration of the harmful effects of misinformation. Building fact-based reporting skills in media is one solution.

“It’s our shared responsibility to promote safe spaces for children and young people,” said Beena Kuttiparambil, Chief of Adolescent Development and Participation at UNICEF Thailand, who commended the assembly’s inclusive platform that allowed voices to be heard.

Kuttiparambil was impressed by the progress made by young people in their outspokenness, noting that these days they have less reservations about voicing their opinions than five years ago when they may have been more likely to sit quietly throughout such a meeting. “Although back then, just their presence was a major advance,” she added.

What young people need is the right platform, the right skills and the right guidance to meaningfully engage with society and channel their creative energy, said Kuttiparambil. The assembly shows how young people can be empowered to advocate for policy changes and create an environment in which they can feel proud of their contribution to their community.

Senate Chairperson Wallop Tangkananurak praised the proposals presented at the assembly, especially those from marginalized groups on gender, culture, history and environment. He promised to arrange for the council members to meet with Prime Minister Prayut Chan-o-cha so that they could directly present their proposals.

Supatcha Suttipol, Director-General of the Department of Children and Youth at the Ministry of Social Development and Human Security, added that the department recognizes that a top-down approach to policy is not effective and that society must listen to youth for generating solutions. In particular, the 2007 Youth Development Act has been an important tool for enhancing young people’s participation in society.

Chaiyadit explained the need for greater youth participation by highlighting the differing preferences of different generations. While parents might like to live in a traditional teakwood house, their children may prefer loft-style accommodation.

“The people who will be living in the house in the next 20 or 30 years won’t be the parents, but us, the younger generation,” she concluded. 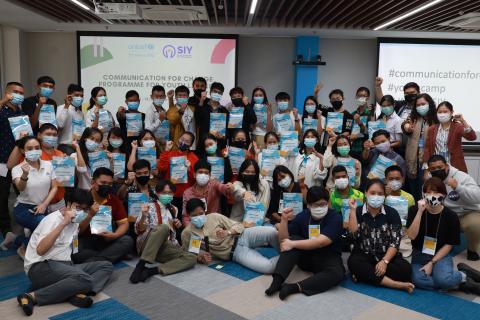 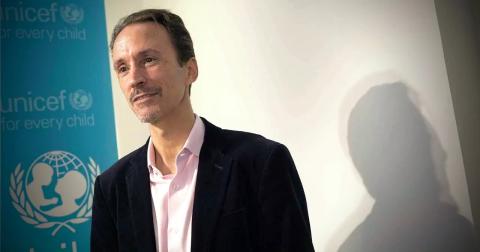 What has been solved and what is yet to be solved 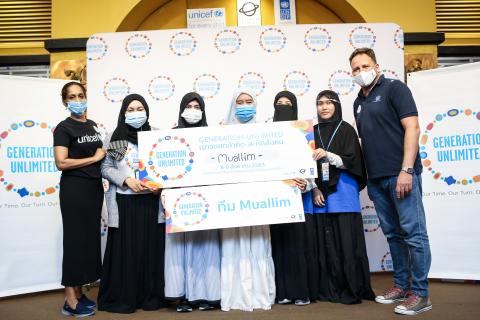 UNICEF’s second Generation Unlimited (GenU) Youth Challenge has come to an end, but it is just the start of an exciting journey for “Muallim" from Thailand. 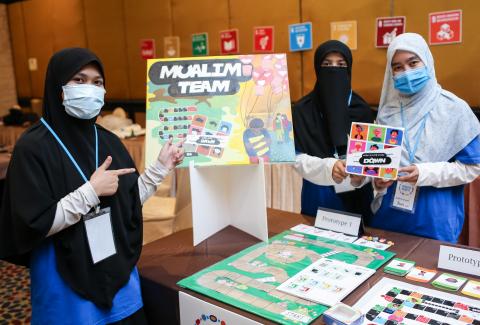