Thanks to contributions from Japan, the Foreign, Commonwealth and Development Office (FCDO) and the Bureau for Humanitarian Assistance (BHA). UNICEF reached families despite COVID-19 challenges.

Since 2019, thousands of people have been leaving Rukban, a remote desert camp by the Syrian Jordanian border, towards temporary settlements in Homs and its rural areas, hoping to return to their war-ravaged places of origin. Mallaha village, eastern rural Homs, is one of the locations where some 600 people have taken refuge in tents under basic conditions.

With thanks to generous contributions from Japan, the Foreign, Commonwealth and Development Office (FCDO) and the Bureau for Humanitarian Assistance (BHA), UNICEF has been reaching displaced children and their families in Mallaha with essential health and nutrition, continuing its support despite COVID-19 challenges. Ten UNICEF-supported mobile teams are providing medical checks, medicines, malnutrition screenings and nutritional supplements to children and women. Through its health mobile teams, UNICEF is also raising the awareness of pregnant and lactating women with counselling on Infant and Young Child Feeding (IYCF) best practices. 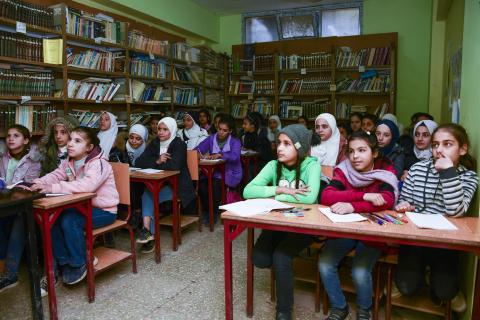 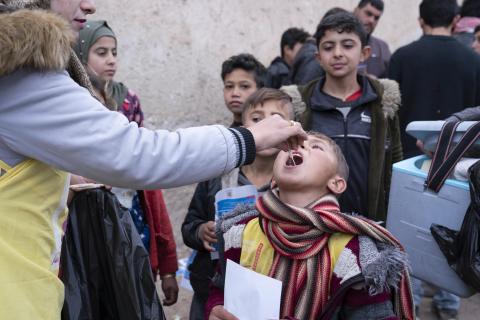 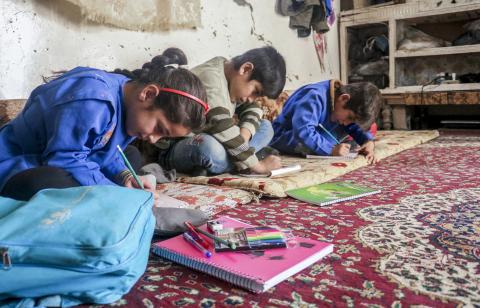