I am waiting for my brother, I don’t dare to leave just in case he manages to cross over, and I miss him. I have been here for four days now; I haven’t climbed up to the Reception Centre and I wait for others to bring me some food.

“My mother told me to wait by the river.”

Nargof, 18, is sitting at the edge of the river washing her body with her clothes on. She hasn’t left this spot in almost a week, in hopes of reuniting with her brother.

“I am waiting for my brother, I don’t dare to leave just in case he manages to cross over, and I miss him. I have been here for four days now; I haven’t climbed up to the Reception Centre and I wait for others to bring me some food,” said Nargof.

The Hamdayet Reception Centre in Kassala state, Eastern Sudan is where an emergency humanitarian response has been set up to register and provide urgent assistance to thousands of women, children and men crossing into the country.

Up to 46,000 refugees have fled to safety in Sudan following the conflict that erupted in the Tigray region of northern Ethiopia at the beginning of November.

Describing what she and her family saw, Nargof  , begins to tell me how the family escaped the violence.

“The phones stopped working and we heard there was killing. We were actually all packed up and sitting in the living room waiting for a car to pick us up and take us to the border. When the bombs started to fall, we ran with only the clothes we were wearing,” she said.

Nargof and her family ran for several days from their house in the Tigray Region of Ethiopia into the safety of neighboring Sudan.

“My brother is lost,” she said.

A heartbreaking sentence she kept repeating throughout the conversation several times..

She clings tightly to my arm with both her hands as we walk along the river, for several minutes over sand and rock. The winter sun is fortunately a little cooler, a small respite as there is limited shade or shelter for the thousands of refugees.  further away, men were trying to find what little privacy they could behind some rocks in order to bathe, and we immediately turned back.

A little girl with beautiful green eyes and messy hair runs up to Nargof and proceeds to follow her around.

“I don’t know who she is, but I’m taking care of her until her family comes. If they do,” Nargof says as she leans over to pick up the girl and wipes her face with a damp cloth she is carrying.

While trying to provide support to a little girl whose parents cannot be found, Nargof herself is clearly traumatized.

“I am scared,” she says as tears run down her cheeks. She takes a pause and collapses on the floor-her head in her arms. “I saw people being killed in front of my eyes. My brother is lost.”

At the transit centres located in Lukdi in Gedaref and Hamdayet in Kassala state, there is an urgent and immediate need for food and water, shelter, first aid and medical care as well as psychosocial support. The UN and partners are doing everything they can to support the Government of Sudan, and provide water, health and nutrition services, as well as hygiene and other non-food kits, and are working non-stop to address the needs of the population.

This includes supporting pregnant women, those who are breastfeeding, traumatized children and others who immediately need psychosocial support.

“We got word that my father is in Gedarif, he went through Lukdi,” Nargof says.  “We are waiting here we don’t want to leave until we find my brother.”

Asked where she learned to speak Arabic, Nargof tells me that her parents used to live in Port Sudan, where her father had a really good job. As a child, I went to Sudanese schools. So, Sudan is like home to me.”

This influx of refugees comes at a time when Sudan is already in the midst of a major and complex humanitarian emergency. Unprecedented flooding since July has left over 875,000 people in need of assistance. Soaring inflation has led to prices skyrocketing, and stagnant and contaminated water continue to pose a serious health risk alongside the added threat of COVID-19. Kassala State—an area heavily affected by the flooding—is now hosting incoming refugees, adding further strain to resources and local host communities.

“I have a brother in Canada, do you think we will be able to go to him,” she wonders. “God is present. He will protect us.”

The Tigray Region, with a population of approximately 5 million, was already host to approximately 600,000 people dependent on relief assistance before the crisis, including 400,000 food insecure, 100,000 IDPs, and nearly 96,000 refugees, and nearly 16,000 returned migrants. While in neighboring regions of Ethiopia and surrounding countries, people were already grappling with the effects of COVID19, as other disasters and crises, including floods, food insecurity and pest infestations. The population movement resulting from the situation in Tigray Region, compounds the impact of these crises leaving people even more at risk, and even more vulnerable. 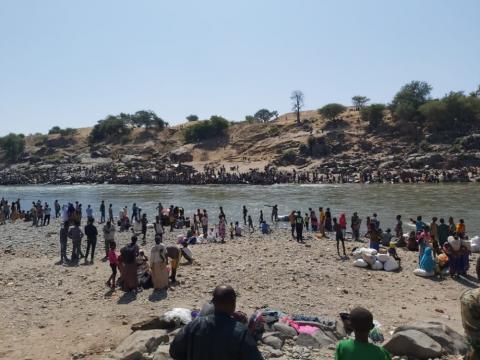 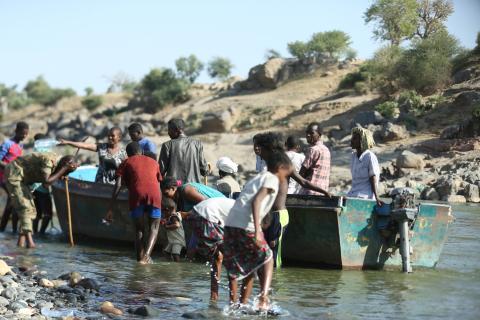 Arriving weak and exhausted but hopeful and eager to return 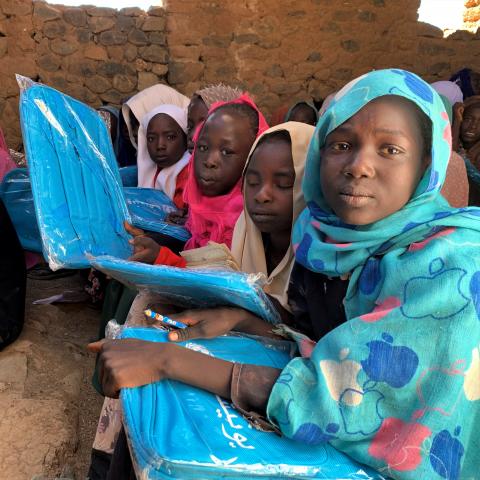 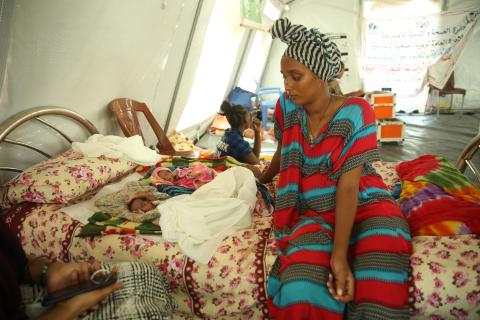 Mother arrives in Sudan with Premature twins from Ethiopia

Men, women and children have been walking for days and crossing the river to flee the violence in Tigray