Amina, dressed in a beautiful purple gown, enters the nutrition centre in Otash camp for internally displaced persons. She carries her youngest child, one-year-old Awab, who suffers from severe acute malnutrition. Patiently she takes a seat between the other mothers and children waiting for their turn to receive treatment at the centre.

This is not the first time Amina has visited the nutrition centre. Years ago, she lost her second child to malnutrition. The boy’s condition deteriorated rapidly, and Amina — still being young — didn’t recognise the signs of imminent danger on time. By the time she noticed that something was very wrong, the child had severe acute malnutrition with medical complications. He was urgently admitted to the hospital in the state’s capital, but it was tragically too late. Malnutrition had made another young victim, a preventable death in many ways.

The story almost repeated itself with Amina’s youngest child, but she was determined to get things right this time and change the outcome of the story. Little Awab had been experiencing diarrhea and vomited. Even after the vomiting stopped he did not become better, every day she saw her child becoming weaker and weaker. The light was gone from his eyes, he had no energy to play or even smile. His mother wasted no time and brought him to the UNICEF-supported feeding centre in Otash camp. The boy was screened for malnutrition and admitted to the outpatient feeding programme immediately.

“I’ve already lost one child to malnutrition but my youngest will survive.”

Every week Amina returns with Awab. His progress is closely monitored, and they receive ready-to-use therapeutic food, a peanut butter paste that helps malnourished children to regain their strength. Awab is doing better every day. He shows more of his cheeky personality as he walks prominently around the treatment room, exchanging smiles and laughs with the other children.

Amina received counseling on infant and young child feeding and now knows better how to improve the nutritional status of her son and his siblings. “I will do everything for my child,” Amina says. “I’ve already lost one cone child to malnutrition but my youngest will survive.” Thanks to the support Amina received the story didn’t repeat itself, this time it has a different ending, a happy one.

With the generous contribution provided by the Government of the United States of America/Office for U.S Foreign Disaster Assistance (OFDA), UNICEF screens and treats children affected by severe acute malnutrition, amongst other by training mothers/caregivers on infant and young child feeding practices. Ready-to-use therapeutic food is provided through the Food for Peace programme. 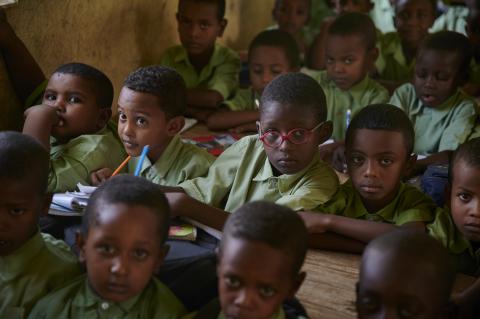 How UNICEF Sudan is supporting children and families affecte 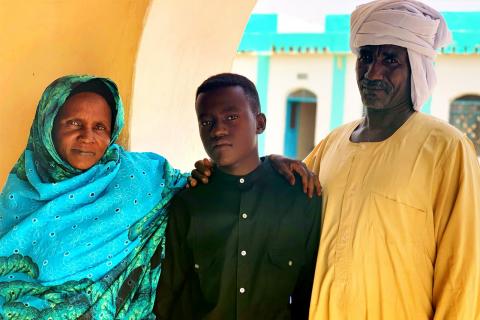 A student in a camp for internally displaced persons aces an exam – and brings his dream of attending Columbia University in New York a step closer.

Letters from Sudan’s South Kordofan: What peace means to me

Letters from Sudan’s South Kordofan: What peace means to me 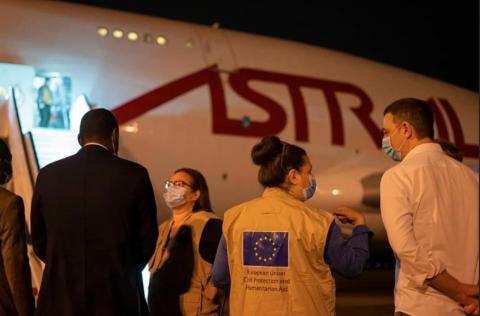