Answers to common questions about this tragic loss of life.

One stillbirth happens every 16 seconds. That’s about 2 million babies stillborn every year. What makes these deaths even more tragic is that the majority could have been prevented through quality care during pregnancy and at birth.

Beyond the devastating loss of life, the psychological and financial costs for women, families and societies are severe and long lasting.

Below are the answers to key questions about stillbirths.

Above: A woman in Sierra Leone sleeps after giving birth to a stillborn baby at home after 10 hours of labour. She was brought to the hospital for emergency removal of a retained placenta. Of eight pregnancies, she has four surviving children.

What is a stillbirth?

A stillbirth is defined as a baby born with no signs of life after a given threshold, usually related to the gestational age (period of time between conception and birth) or weight of the baby.

As stillbirths are reported in different ways across countries, the UN stillbirth estimates in this article refer to “late gestation fetal deaths” as deaths occurring at or after 28 weeks of gestation.

The “28 week or more” definition helps with international comparison of stillbirth levels, but it excludes stillbirths occurring at earlier gestational ages. Because of this, and the fact that stillbirths are often underreported, the real burden of stillbirths is even higher.

What are the main causes of stillbirths?

Commonly reported causes of stillbirth include complications during childbirth, haemorrhage before childbirth (including placental abruption), infections and maternal conditions, and pregnancy complications with fetal growth restriction as a common underlying cause.

A mother’s health is also linked to causes of stillbirth. An estimated 10 per cent of worldwide stillbirths are the result of obesity, diabetes and hypertension. Factors related to the mother such as age and smoking can also increase the risk of maternal disease and stillbirths.

From what we do know about the causes of stillbirth, it is clear that providing quality care, support and resources that encourage healthy lifestyles and pregnancies can greatly reduce a woman’s risk of stillbirth.

Why do so many women have stillbirths during labour?

Where do most stillbirths happen?

About half of all stillbirths occur in six countries: India, Pakistan, Nigeria, the Democratic Republic of the Congo, China and Ethiopia, in order of burden (highest to lowest).

The unequal burden of stillbirths across countries is also seen within countries themselves. Stillbirth rates are higher in rural areas than in urban areas and socioeconomic status is also linked to a higher incidence of stillbirth.

Ethnic minorities in high-income countries may lack access to quality health care. For example, Inuit populations in Canada have been observed to have stillbirth rates nearly three times higher than the rest of Canada, and African American women in the United States have nearly twice the risk of stillbirth compared to white women.

Why is there so much stigma around stillbirths?

In some cultures, stillbirths are perceived as the mother’s fault, resulting in public shaming or individual feelings of guilt or shame that prevent public mourning of their loss. The lack of opportunity to publicly grieve can cause stillbirths to be considered “non-events”. Such social taboos, stigmas and misconceptions often silence families or impact the recognition and grieving of stillbirths, contributing to their invisibility.

What are the psychological impacts of stillbirths on mothers and families?

Women and their partners who experience stillbirth have higher rates of depression, anxiety and other psychological symptoms that may be long lasting.

For many women, losing their child and the subsequent care they receive will impact their approach to life and death, self-esteem and even their own identity. Many women who experience a stillbirth may avoid people or social activities, socially isolating themselves and worsening depressive symptoms in the short- and long-term.

Negative psychological effects can continue into subsequent pregnancies, even following the birth of a healthy child.

What needs to be done to reduce stillbirths?

Improved health systems and high-quality antenatal and delivery care are critical to ending preventable stillbirths. This means access to functional health facilities with adequate medicine and equipment, electricity, running water, soap and blankets, and the availability of round-the-clock referral systems every day of the week. Adequate numbers of competent health care workers are essential, including midwives in the public and private sectors trained to national and international standards.

What is UNICEF doing to reduce stillbirths?

Every day UNICEF is working around the world to make affordable, quality health care a reality for every mother and baby. In 2019, there were more than 27 million safe births in UNICEF-supported health facilities.

UNICEF and partners are calling for a renewed commitment to end preventable stillbirths by 2030 as outlined in the Every Newborn Action Plan. We’re supporting countries to develop their national plans and to prioritize and budget for critical interventions like antenatal care, skilled birth attendance and emergency obstetric care needed to reduce still births. 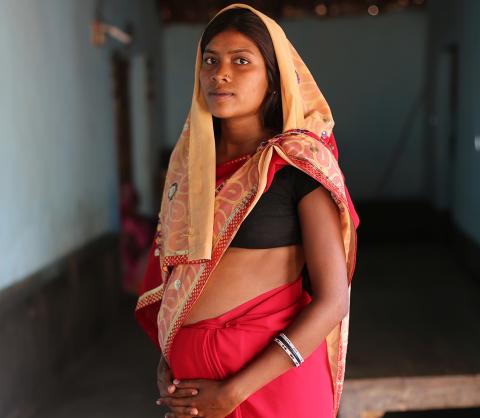 A neglected tragedy: The global burden of stillbirths 2020 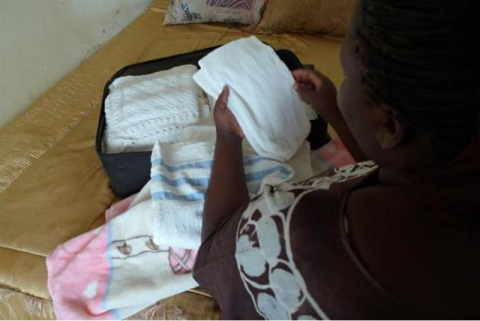 Shrouded in silence: The untold story of stillbirths

Despite the scale of stillbirths, they remain a largely invisible, unrecognized and underresourced issue 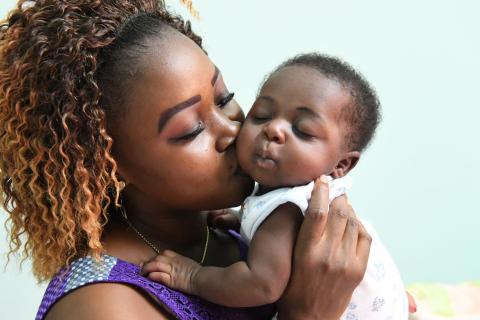 Improving the survival chances of newborns, children and mothers is an urgent global challenge. 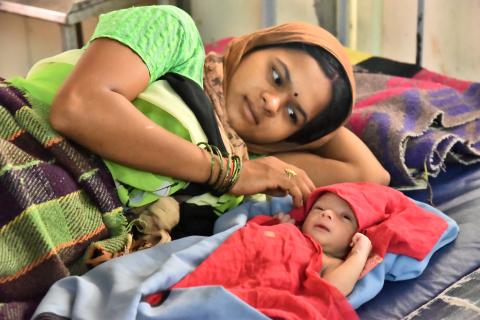 Newborns and mothers are still dying in appalling numbers – mostly from preventable causes.