How conflict across the border – and shared daily challenges – brought two friends together.

GAMBELLA, Ethiopia – “We’re not related, but we feel like sisters,” Nyedieng Reath Bidong says of her best friend Chol Gach Deng. “When I go to school, I always want to see her.”

Nyedieng and Chol aren’t in the same grade at school. They’re also from different countries. But they’ve been brought together by conflict across the border in South Sudan.

When conflict intensified in South Sudan in early 2014, hundreds of thousands of South Sudanese fled to neighbouring countries. Nyedieng’s mother, Nyayuop Kongyik, was among those who eventually found refuge in the Gambella Region of western Ethiopia, after an arduous journey.

“It was really tough because my children were very little. They didn’t know how to walk and there was no water or food,” Nyayuop says.

Six years later, Nyedieng is enrolled at school in the town of Itang, near the Nguenyyiel Refugee Camp, which offers classes to refugees and children from the local community. More than 3,000 students attend the school, 573 of whom are South Sudanese refugees.

Nyedieng, now 16 years old, and Chol, 19, say that they’re inseparable after school – Chol often helps Nyedieng with her homework, while Nyedieng sometimes stays over at Chol’s house, where they read together and tell each other stories.

But it’s not just going to the same school that has cemented the bond between these two teenagers – daily chores, including fetching water together, have also brought their families closer.

Accessing water is a challenge shared by both refugee and host communities in the region, where families sometimes have to travel long distances on foot to find clean and safe water. Chol says it used to take her an hour to fetch water, which sometimes forced her to miss morning classes. But having Nyedieng fetching water with her makes the journey feel a little less arduous.

“When I get water, I feel happy. If we don’t have water, we can’t prepare our food or wash our clothes,” says Chol.

With support from partners, UNICEF has launched the Itang Water Supply Scheme, which aims to improve water access by providing water tanks, pumps and other equipment.

But the project has done more than provide much-needed clean water to the refugee and host communities – providing common basic services has also fostered better integration between the two. The close physical proximity of accessing the same services in the same places has helped connect members of the two communities, nurturing lasting friendships that have been further strengthened through shared social events.

Children in the two communities have also benefited from opportunities to study and play together, sharing their experiences and dreams for the future.

UNICEF received funding from the British, German and Italian governments to launch the Itang Water Supply Scheme. The project, in partnership with the Gambella Regional Water Bureau and the Agency for Refugee and Returnee Affairs, is currently providing water to 218,000 people in both refugee and host communities. 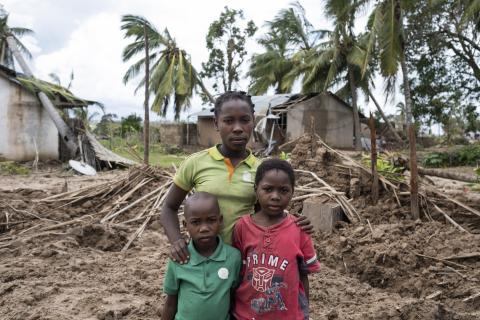 One year after Cyclone Idai, 2.5 million people in Mozambique remain in need of humanitarian assistance
Visit the page 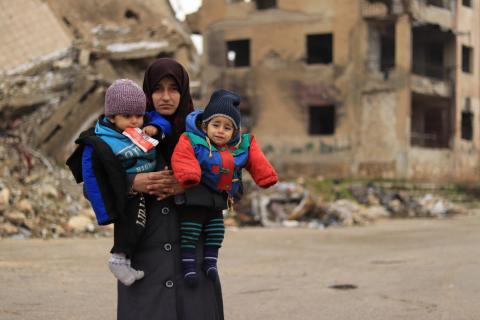