JUBA, South Sudan, 12 December 2018 – Five years after fighting broke out in South Sudan, 15,000 children around the country remain separated from their parents or missing. Separated and unaccompanied children are more susceptible to violence, abuse and exploitation, which makes returning them to their parents an urgent priority.

But a recently signed peace agreement between South Sudan’s warring parties could provide an opportunity to step up family tracing and reunification efforts, in addition to other humanitarian assistance.

UNICEF has delivered critical services and aid throughout the conflict, assisting millions of people in need despite South Sudan being the most dangerous country for aid workers.

UNICEF and partners have reunified close to 6,000 children with their families after successful family tracing since 2013.

South Sudan has one of the highest child mortality rates in the world with as many as 840 children dying every week: that’s one death every 12 minutes.  Some 4.4 million people are severely food insecure and 1.2 million children are severely acutely malnourished – the highest figure since the conflict started.

More than 40 per cent of the population don’t have access to clean water, which contributes to frequent outbreaks of communicable diseases affecting children.

Meanwhile, more than 2 million children are out of school, jeopardizing the future generation of South Sudan.

How do you trace separated families?

When a child is identified as separated or unaccompanied a caseworker will gather as much information as possible from the child and people who knew the parents, such as the circumstances before or during the separation, possible location of the parents, and bio data, among other things.

The information is fed into a national database and cross-checked to verify if the parents have reported their children as missing. If no match is found, family tracing and reunification partners will start the search for the parents, also called tracing.

How long does it take to find parents?

It depends on the situation and information available on those being traced. The only tool available is the national database. Along with that, caseworkers in the field are the most crucial element in the process.

The more information available, the higher the chances of success. The average time needed is 8 to 10 months, however, in some cases it can take years to locate separated families. 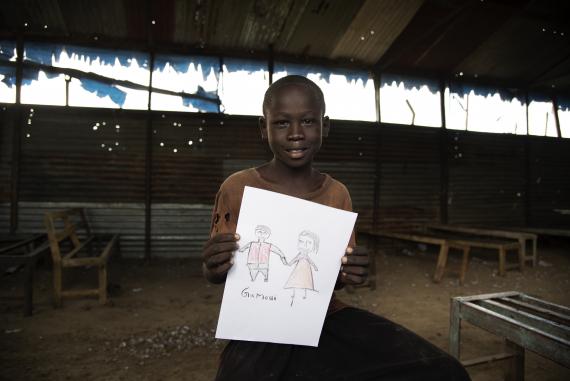 What are the main challenges with family tracing?

South Sudan is the size of France, but with poor infrastructure that hinders the flow of information. Many of the deaths that occurred due to the conflict have not been recorded and cases may stay open due to lack of information.

Around 2.2 million people have fled to neighbouring countries, which makes tracing even more difficult. The insecurity and access constraints remaining in the country despite the recent signing of a peace agreement represent another challenge.