UNICEF and partners developed a nutritious yet palate-pleasing snack for Cambodian children who are being treated with therapeutic feeding.

PHNOM PENH, Cambodia, 8 November 2016 – Yin Seiha is 15 months old. She lives with her mother Chea Sok in one of Phnom Penh’s slum communities, in a single room hut that floats on the Tonle Sap River. Smiling and playing with her one-year-old neighbour, it’s hard to believe that this is the same child that a month ago was struggling to live and in need of urgent treatment.

Luckily, the young child caught the attention of a local village health volunteer Sothea Teth, whose role is to identify malnourished children in the community and refer them to services. She also follows up with women and children who are at risk of becoming malnourished and could benefit from available support.

Sothea urged Chea to take her daughter to be checked by the nearby health centre staff during a nutrition screening session conducted by the Ministry of Health, with UNICEF support. The baby had been frequently sick, suffering from fevers and regular diarrhoea. “As the volunteer, I know many families with malnourished children,” Sothea said. “Visiting families at their home enables me to refer them to outreach services when they are offered at the village or to services at the health centre and hospital.”

At the screening site, Seiha was diagnosed with severe acute malnutrition by the trained health staff, requiring special treatment. They suspected that her inadequate diet – watered-down rice as her only source of solid nutrition – was the reason behind her poor nutritional status, as is the case with many other young children from poor families who live in similar conditions.

Like many poor Cambodians, Chea was simply unaware of her baby’s nutritional needs and what she needed to thrive. She did not realize that the food she was giving Seiha was preventing her growth and development and threatening her life.

After Seiha was diagnosed with severe acute malnutrition, the visiting health staff told Chea to take the baby to the National Pediatric Hospital in Phnom Penh for treatment. There, she was given take-home rations of a therapeutic food developed and tested by UNICEF and Institut de recherche pour le développement (IRD): a wafer called num trey (fish snack in Khmer).

This snack was designed to suit the Cambodian diet to increase families’ receptiveness and continuation of the treatment. Children who are given num trey are seen monthly by hospital staff to monitor their development and progress. The final results from the ongoing study of the impact of this new therapeutic food product are expected to be available by the end of this year.

Seiha is among the 206 children who have been treated or are under treatment for severe acute malnutrition at the National Pediatric Hospital of Phnom Penh during the first three quarters of 2016.

>>  Learn more: Innovative food supplements take a bite out of malnutrition in Cambodia

Chea is already pleased with the results. “Now my baby is much better and has gained some weight because of the num trey from the hospital,” the happy mother said. “At the hospital, they also taught me the importance of coming back for three follow-up visits to monitor Seiha’s progress and receive more of these therapeutic snacks.”

Seiha enjoys eating the num trey and has shown progress with each follow-up appointment. After the first visit, she could crawl for the first time. Two weeks later, she was able to move around and play with other children.

Chea is committed to completing the follow-up treatment because of these encouraging results. “I saw her getting better as she started to eat more,” she said. “I don’t want her to get sick again. I want her to get well. Seiha is now a healthy weight and her diet is much improved. I am very happy.”

With support from the National Committees for UNICEF in Australia, Canada, Hong Kong and Korea, targeted mass nutritional screening sessions were conducted in Phnom Penh three times during 2015 and twice so far in 2016, reaching more than 5,000 children each time.

These interventions coupled with other services have allowed more than 4,000 children to be treated in 2015, with even greater reach expected by the end of 2016.

Developing localized protocols and guidelines for the treatment of severe acute malnutrition is helping children complete their treatment and make a full recovery, with long-term positive impacts on their physical and cognitive development.

Each child reached and treated brings Cambodia one step closer to eradicating the harmful effects of severe acute malnutrition and creating a healthier future for all. 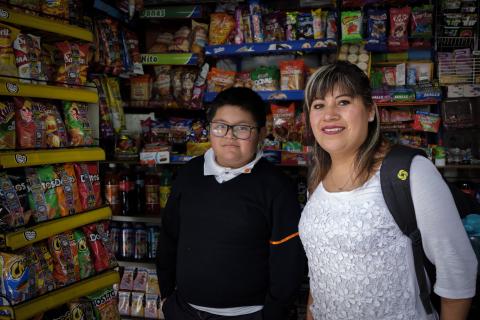 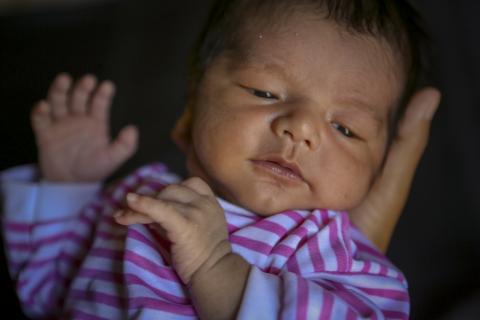