As the country recovers from Cyclone Idai, UNICEF and partners are moving to curb another looming threat.

NSANJE, Malawi/BEIRA, Mozambique – Martha Martin is one of the tens of thousands of Mozambicans who have been displaced by Cyclone Idai. But for Martha, escaping the massive flooding for temporary shelter meant leaving behind her country – and her husband.

“We could see dry land far out on the Malawian side, but on the Mozambique side the water stretched as far as we could see. We decided to go to Malawi,” Martha says. Unfortunately, her family did not have enough money to pay for herself, her husband, and their 11-year-old daughter to make the crossing. So, Martha’s husband made the decision to stay behind to allow his wife and child to travel to safety.

“I haven’t seen or heard from him since,” Martha says. “I wish we were together now.”

Stopping a crisis becoming a catastrophe

Almost 2 million people in Mozambique are in desperate need of assistance, 1 million of them children, since Cyclone Idai made landfall there on 14-15 March. More than 100,000 homes, classrooms and health facilities were badly damaged or simply swept away.

Now, with the news that cholera is spreading fast, the country is facing yet another challenge.

“If left untreated, cholera can kill within hours,” says James Elder, regional chief of communication for UNICEF Eastern and Southern Africa, in a recent op-ed. The disease, largely caused by the ingestion of contaminated food and water, “can turn a crisis like this into a full-blown catastrophe.”

By 2 April, more than 1,400 cases of the disease had been reported, the vast majority in the central port city of Beira, already reeling from massive flooding and devastating winds.

“There were days when we just had nothing. Just death and dirty water,” says Cecilia, 17, from Beira. Her home was one of the many flattened by Idai.

Stories like Cecilia’s have left aid agencies in a race against time to get water systems up and running again, and to ensure residents have access to clean, safe water. As always, prevention is better than cure, and UNICEF and partners are moving quickly to try to curb the spread of cholera and other diseases.

Nearly 900,000 doses of the cholera vaccine, procured by UNICEF and the World Health Organization (WHO), arrived in Beira on 2 April to support a vaccination campaign. In addition, UNICEF communication and mobilization experts have been working with local radio stations and community leaders to raise awareness.

Read more about how UNICEF is helping with the recovery

Meanwhile, UNICEF, WHO, the Provincial Directorate of Health and other partners have established seven cholera treatment centres across the affected area.

“Humanitarian teams are acting quickly to raise awareness in communities about symptoms and prevention methods, including hygiene practices and the important need for vaccinations, particularly in the current conditions which include stagnant water and overcrowding in temporary shelters,” says Michel Le Pechoux, Deputy Representative of UNICEF Mozambique.

Mozambique may have been the most badly affected by what is the worst natural disaster to hit southern Africa in two decades, but Cyclone Idai has left neighbouring Malawi and Zimbabwe reeling, too: around 3 million people have been affected across the three countries, with hundreds confirmed dead.

Even once the waters recede, the impact of the flooding will be long lasting. In Mozambique, the cyclone hit crops just before the harvest season, decimating up to 50 per cent of the country’s annual crop production. In Malawi and Zimbabwe, critical infrastructure like water facilities and schools have been badly damaged or destroyed.

UNICEF has been working to minimize the disruption to children’s education caused both by the initial damage to schools, and the fact that many are now being used as shelters for those displaced by flooding, by providing temporary learning spaces. In all three countries, children were nearing exam season, and UNICEF is determined to keep children’s lives on track despite the trauma wrought by the disaster, including by providing psychosocial support materials and training to affected learners and teachers.

A new reason for hope

But amid all this darkness, pain and suffering, there is still reason to hope, including for one family in Mozambique’s Manica province, where thousands of displaced people have gathered seeking shelter from the flooding. The reason? A new member of the family.

Teresa José was born on 15 March, a day after the cyclone hit. Teresa and her family have been staying at a school turned shelter since she was born. There, a health and nutrition team has been providing safe drinking water and other basic needs to affected families.

As first responders are finally able to bring much-needed assistance – and hope – Teresa’s mother, father and 5-year-old older brother, who fled their home as raging waters consumed their home, have one more reason to believe in a brighter future.

-- With reporting by Rebecca Phwitiko and Javier Rodriguez 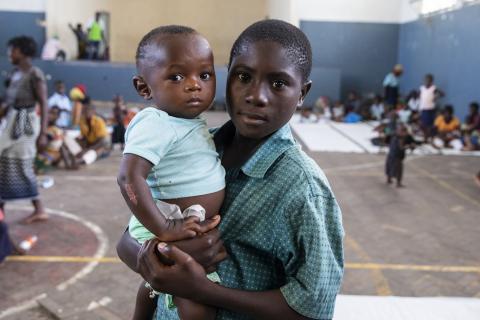 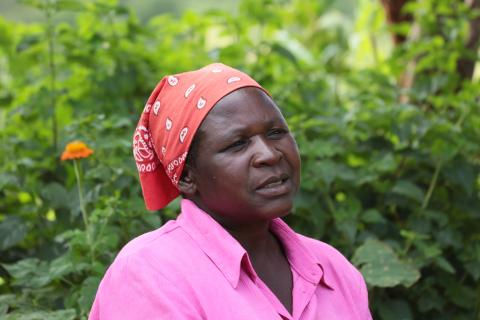 After Idai, Zimbabwe starts on road to recovery
UNICEF is stepping in with essential supplies as the recovery begins for hundreds of thousands of Zimbabweans
Read the story 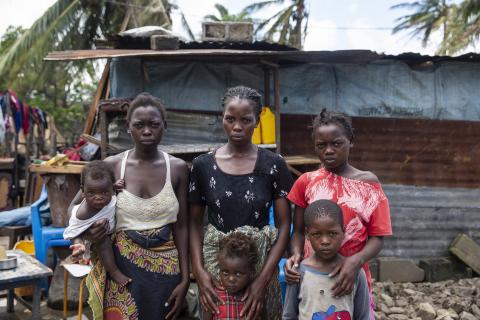 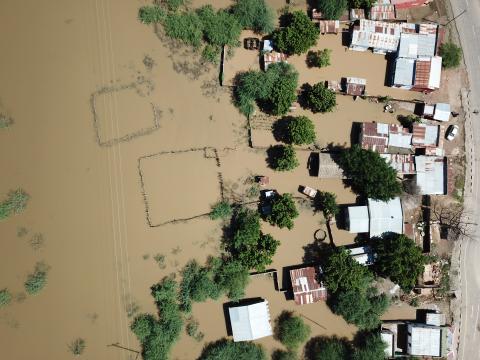