Blue soap in Burundi helps millions protect themselves against COVID-19

Soap produced at a subsidized cost puts hand hygiene within reach of the average household.

When COVID-19 hit Burundi, UNICEF and partners set to work on a massive communication campaign promoting handwashing with soap to stop the transmission of the virus. Immediately, a serious issue needed to be addressed: how can Burundians practice hand hygiene when many cannot afford buying soap?

Nearly 90 per cent of Burundi's 12 million population live below the international poverty line of US$1.90. Well over half live on less than US$0.90 per day.

With the cost of a standard bar of soap at 300 Burundian francs (BIF) or US$0.16, purchasing soap for handwashing is something many Burundians need to think twice about.

To help solve this problem, UNICEF approached SAVONOR, the biggest industrial soap producing company in Burundi, and reached an agreement: SAVONOR would reduce its own profit margin in soap production, and UNICEF would further subsidize the production – effectively cutting the price of soap in half. SAVONOR would also use its distribution system to make the soap available all over the country.

The soap, called Bururu in the local language Kirundi, is like any other soap SAVONOR manufactures. The only differences are its blue color and the recommended retail price (150 BIF or US$0.08) engraved on each bar.

The first batches of soap were distributed in June, and they sold out in a matter of days. "This is a really good soap”, said Eric Nzohabonwayo, a retailer at Kinama market, outside the capital Bujumbura. “The foam is great, and it lasts for a very long time."

"We know that washing hands with soap is a really good way of protecting ourselves against the spread of COVID-19,” said Cecile, a mother of two. “Now that there is this blue soap, we can afford to buy it and we feel safer."

Making soap affordable was only part of the solution. In partnership with the Ministries of Health and Communication, UNICEF developed messages on COVID-19 prevention measures to reach Burundians in every province. Mini radio programmes and television spots were broadcast on every media outlet in Burundi.

UNICEF developed training modules and trained officials on COVID-19 prevention, with a focus on handwashing and hygiene. These officials then trained leaders in their respective communities, who then personally shared the information with thousands of households.

During the first four months of the programme, SAVONOR was producing 10 million bars of blue soap every month. By September 2020, the initiative had produced and sold over 20 million bars throughout Burundi’s 18 provinces. Risk communication and support to hygiene in healthcare facilities helped complement public health and the economic benefits of the initiative.

To measure the success of the programme, UNICEF launched a country-wide survey on its U-report platform asking Burundians about price and availability of the soap. The first poll was launched towards the end of June to obtain baseline data. Within about a month, 83 per cent of respondents said that the soap was available in their communities. Even more promising: 92 per cent of respondents had purchased it. Despite an initial fluctuation in price, by the end of July, the majority of consumers surveyed had paid between 150 and 167 BIF for the blue soap.

In June, newly elected President Évariste Ndayishimiye publicly expressed his support for the initiative, bringing even greater visibility and awareness of the importance of hand hygiene. With its widespread capacity for coordination and communication, Government involvement was critical to the success of the communication campaign and to discourage price speculation around the soap. Public statements kept consumers informed of the price and discouraged vendors from hoarding supply and marking up prices.

Major donors were also enthusiastic about this out-of-the-box programme from the start, with the UN Central Emergency Response Fund, The World Bank (through the Pandemic Emergency Fund) and USAID funding the first phase of the Blue Soap initiative. 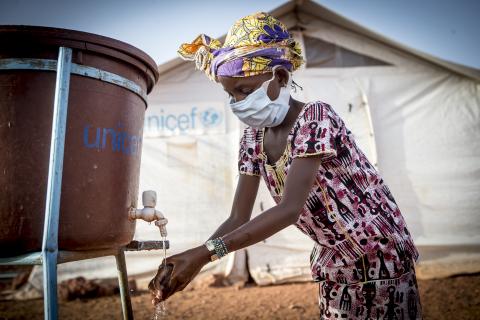 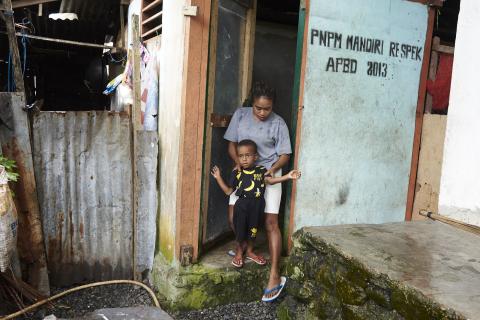 The world is alarmingly off-track to achieving sanitation for all. With higher investment and sanitation coverage, it is still possible