Amid catastrophe in Yemen, a prayer is answered

Medical staff in Yemen are offering treatment – and hope – to mothers who give birth prematurely.

SANA’A, Yemen – Iftikhar won’t officially name her son until he is discharged from hospital. He was born prematurely, and is currently receiving treatment in a neonatal intensive care nursey at Al Sabeen hospital in the Yemeni capital Sana’a. But Iftikhar confides that she has already chosen a name: Hassan, after her grandfather.

“Before I became pregnant I begged God for a baby. I would pray all day,” she says. “I was so happy when I realized I was pregnant. I felt the whole world became mine.”

Iftikhar knows that she is one of the fortunate ones in a country that has been devastated since conflict there escalated in March 2015. The deepening economic crisis has meant access to food and medicines is becoming more difficult by the day. Many pregnant women, unable to get the nutrition they need, have become malnourished and anaemic, and are giving birth dangerously early. The result is that an estimated 1 out of every 37 newborn babies in Yemen die in the first month as the country’s brutal conflict continues to rob children of their right to life.

An estimated 1 out of every 37 newborn babies in Yemen die in the first month.

Nurses at Al Sabeen hospital say that attacks in the area usually lead to a spike in the number of premature babies requiring treatment. The fortunate ones brought here receive lifesaving, free medical care.

Iftikhar’s face lights up when her tiny baby boy is carried over to her from an incubator. Hassan is responding well to the care being provided by the hospital, and Iftikhar is confident that she will eventually be able to take her son home.

“He’ll be OK,” she says. She’s taking part in a “kangaroo mother care” session, during which mothers hold their child close to their chests to help stabilize the infant’s heart and breathing rates while also keeping them warm.

Iftikhar and her husband fled to Sana’a seven months ago, after fighting escalated around their old home in Al Hudaydah. “Our neighbours were killed [in an attack]. So, we fled with nothing,” she says. “We used the bus my husband had been driving. We took the people around us who were still alive, and we came to Sana’a.”

When they arrived in the city, Iftikhar and her husband had nowhere to live, so they had to sleep in the bus for the first couple of months. After discovering she was pregnant, Iftikhar sold her earrings to help cover the rent for a tiny room on the outskirts of Sana’a. The couple could barely afford to eat, and Iftikhar had to walk for miles to fetch clean water.

One day, as she carried supplies back to her room, Iftikhar started bleeding – there was a complication with her placenta, and her son needed to be delivered early. Hassan was left fighting for his life, and mother and child were referred to the neonatal intensive care nursey at Al Sabeen hospital.

Keeping the lights on

Hassan’s condition has now stabilized, but Iftikhar faces a two-hour trip to and from her home each day to help care for Hassan.

The Al Sabeen hospital has been a lifeline for babies like Hassan amid Yemen’s ongoing humanitarian crisis. Dr. Suaad Al-hetari was part of the team that opened the nursery in 1993 and also facilitated the introduction of the kangaroo mother care programme – the first of its kind in Yemen. She now works for UNICEF, part of a team working around the clock to keep the hospital and other health facilities across Yemen open.

“The crisis is affecting the ability of hospitals to provide neonatal care,” Dr. Al-hetari says. Half of all health facilities in Yemen are not functional due to staff shortages, lack of supplies and money, or limited access. Those still running face severe shortages in medicine, equipment and staff, putting the lives of mothers and their babies at risk. Many medical staff across the country have gone without regular salaries for the past three years as the entire health system teeters on the verge of collapse.

“We’re keeping the electricity running, and we provide medicine, supplies and incentives for health workers,” Dr. Al-hetari says, adding that even those medical staff still getting paid are often earning less than US$50 a month. “In spite of the situation Yemen is in, we have doctors and nurses…fighting to keep these babies alive.”

She says she’s still concerned about Hassan’s health, but that medical staff are doing their very best to ensure he gets everything he needs to grow stronger.

“Iftikhar is so happy with her baby. She has been through so much sadness, but her baby is a window into some joy.”

Donate now to help save children 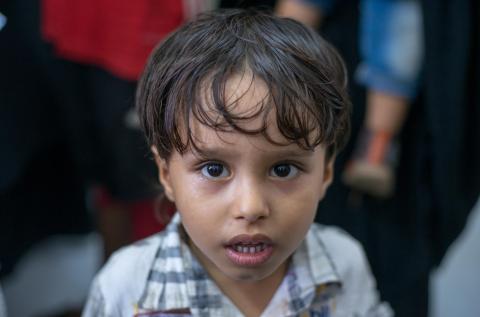 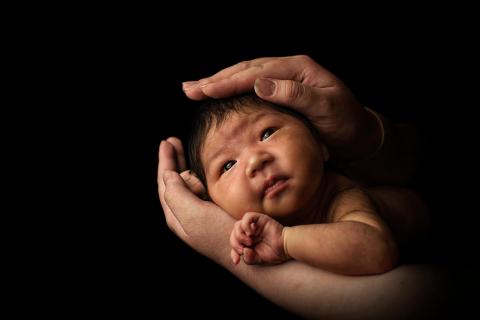 We can end preventable newborn deaths in our lifetime