UNICEF/SriLanka
Child with a tablet computer

COLOMBO, 5 February 2019 – UNICEF cautioned today of the dangers posed by online violence, cyberbullying and digital harassment for the 70.6 per cent of young people aged 15 to 24 years old who are online globally, and called for concerted action to tackle and prevent violence against children and young people online.

“Sri Lanka must be commended for developing a National Plan of Action, of which the online safety of children has been made a priority. We all need to now accelerate its implementation to ensure that every child in Sri Lanka is protected from violence, abuse and exploitation.

This will fulfill Sri Lanka’s commitment to the Convention on the Rights of the Child and the Global Partnership to End Violence Against Children” said UNICEF Sri Lanka Representative, Tim Sutton.

Cyberbullying can cause profound harm as it can quickly reach a wide audience, and can remain accessible online indefinitely, virtually ‘following’ its victims online for life. Bullying and cyberbullying feed into each other, forming a continuum of damaging behaviour. Victims of cyberbullying are more likely to use alcohol and drugs and skip school than other students. They also are more likely to receive poor grades and experience low self-esteem and health problems. In extreme situations, cyberbullying has led to suicide. On Safer Internet Day, UNICEF is reminding everyone that kindness – both online and off – is a responsibility that begins with each of us. According to the Ending Violence in Childhood Global Report 2017, 38 per cent of children in Sri Lanka aged 13 to 15 have experienced bullying, while 47 per cent of these children have also reported having physical fights.

In honor of the 30th anniversary of the adoption of the Convention on the Rights of the Child, UNICEF is also calling for renewed urgency and cooperation to put children’s rights at the forefront of digital efforts. As part of this, UNICEF is implementing programs to leverage the internet’s promise of connectivity and education on behalf of the world’s children. For example, UNICEF’s Internet of Good Thingsaims to bridge the digital divide and build knowledge in societies by hosting mobile-packaged content designed to make life-saving and life-improving information available for free, even on low-end devices.

The Convention on the Rights of the Child came into being in 1989. Since then, 194 state parties including Sri Lanka have ratified it, making it the most widely accepted human rights treaty in history.  Sri Lanka ratified the CRC in 1991, which then led to the establishment of a National Children’s Charter based on the CRC, which was approved by the cabinet, enabling its application into state policy.

For more information about UNICEF and its work for children visit www.unicef.lk 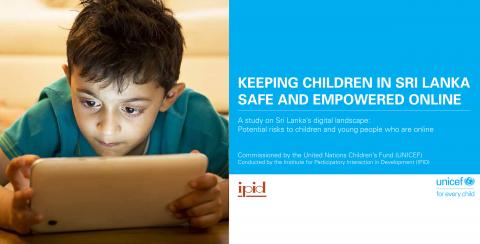 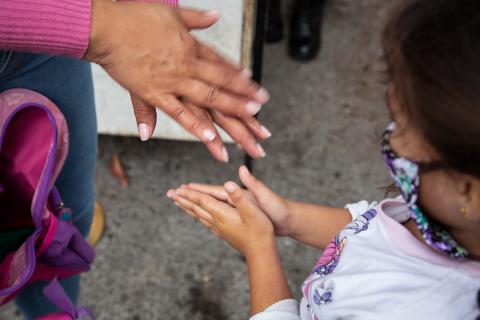 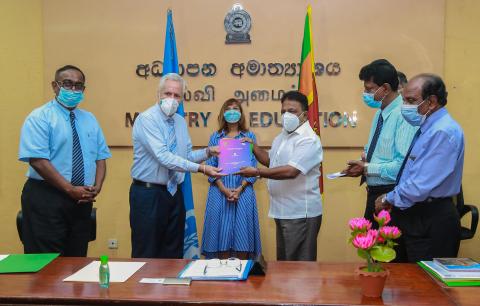 STATEMENT FROM UNICEF REGARDING PROCUREMENT OF COVID-19 MEDICAL EQUIPMENT FOR THE MINISTRY OF HEALTH AND INDIGENOUS MEDICAL SERVICES FUNDED BY THE WORLD BANK.
Visit the page