What is the CFCI

A Child-Friendly City (CFC) is a city, town, community or any system of local governance committed to improving the lives of children within their jurisdiction by realizing their rights as articulated in the UN Convention on the Rights of the Child. In practice, it is a city, town or community in which the voices, needs, priorities and rights of children are an integral part of public policies, programmes and decisions. 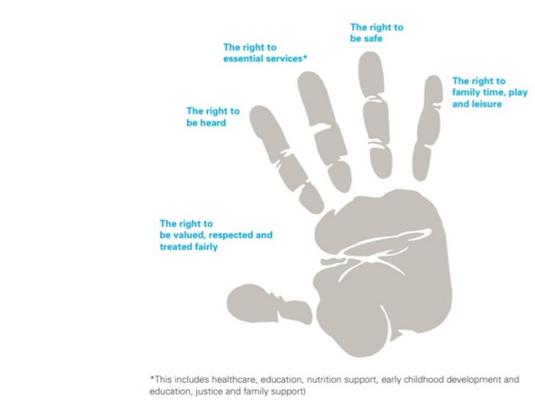 There are 5 key goals that CFC Initiative aims to achieve.

In achieving these key 5 goals, the Child Friendly Cities Initiative are guided by four key articles of the UN Convention on the Rights of the Child (UNCRC).

The rights of all children are respected, without discrimination of any kind irrespective of the child’s or his or her parent’s or legal guardian’s race, colour, sex, language, religion, political or other opinion, national, ethnic or social origin, property, disability, birth or other status.

Best interests of the child (Article 3):

The best interests of children are a primary consideration in decisions that may affect them with State Parties assuring the care and protection necessary for their wellbeing.

The inherent right to life, survival and development (Article 6):

Children have the right to life, with States Parties committed to ensuring the maximum extent possible, their right to survival and healthy development.

Respect for the views of the child (Article 12):

Children have the right to voice their opinions and have these be taken into account in decisions that affect them. 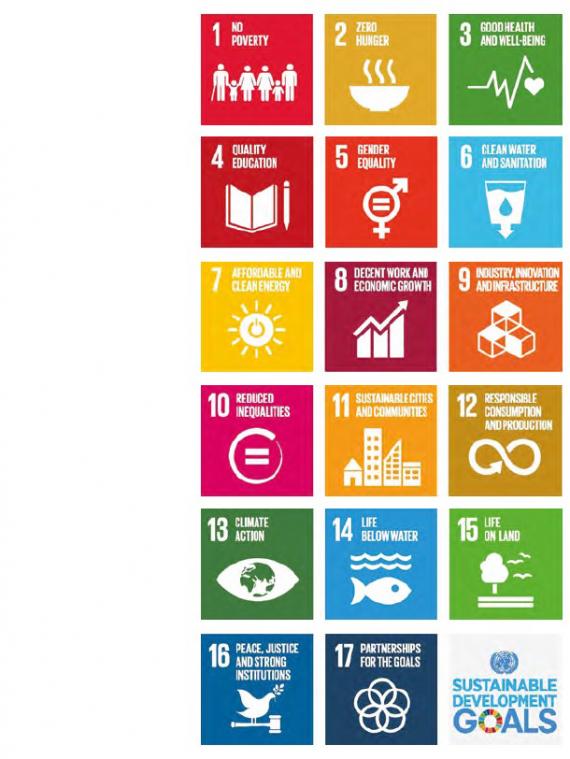 The CFCI approach indirectly supports local governments in implementing the 2030 Agenda through holistically addressing issues related to the health and well-being of children and families at the local level. The link between the CFCI and the 2030 Agenda, therefore, is not only about mirroring the SDG targets, but also about focusing on local development. 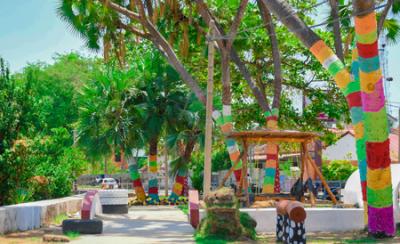 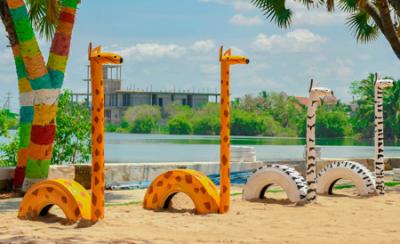 Progress of the CFCI 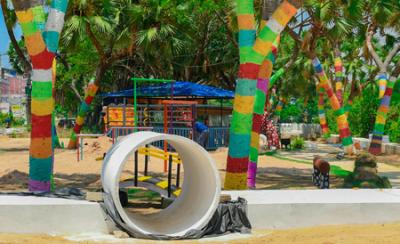 1.1 Introduction of the pilot project in Sri Lanka

The Batticaloa Municipal Council and UNICEF Sri Lanka have begun the journey to transform the Batticaloa Municipality into the first Child-Friendly City (CFC) in Sri Lanka in 2018, recognising key challenges in Batticaloa that may hamper full development of children as well as the strong potential of improving city in bringing about positive changes for children. The vision of the CFCI in Sri Lanka is to make Batticaloa, as well as other cities, a place where every child can enjoy their childhood, reach their full potential through the equal realization of their rights, with their voices, needs, and priorities forming an integral part of the local government’s policies, programmes, and decisions.

In line with this, the CFCI in Sri Lanka aims to:

The current Mayor (Mr. T. Saravanapavan) and his team are strongly committed to improving the lives of children in its jurisdiction, effectively utilising learnings from the study visit to three Child-Friendly Cities in the Republic of Korea – namely Seong-Dong gu, No-Won gu, and Se-Jong City. The Batticaloa Municipality has shown significant progress since their first step in this journey (the details of the achievement are here.

1.2 ​​​​​​Introduction and background of Batticaloa

Batticaloa district one of the three districts in the Eastern Province of Sri Lanka, consists of 14 District Secretariat (DS) divisions, has a total population of 526,567, with the majority being Tamils (72.7%). It is a predominantly rural area, and the main livelihood has shifted away from agriculture, livestock and fishing to more service sector jobs, especially in the booming tourism industry in the Eastern Province. However, this is concentrated to a few locations and cities in the district, with many communities still living in isolation and struggling. Batticaloa was also severely affected by three decades of civil war and the destructive 2004 Tsunami, and 11.3 per cent of the population still lives below the national poverty line.

The Municipality of Batticaloa is located within the Batticaloa district, with its Municipal Council (MC) established in 1967. The Batticaloa MC oversees 48 Grama Niladhari (GN) Divisions, with a population of 86,227. The Batticaloa MC is the responsible local body for many essential services, such as education and health, that have a direct link to its 28,179 children, and UNICEF Sri Lanka, particularly through its Field Office in Batticaloa, has been supporting the MC in realising the rights of children. This support is firmly based on the UN Convention on the Rights of the Child (UNCRC), which Sri Lanka signed on 26th January 1990 and ratified on 12th July 1991, and is also deeply embodied in the Child-Friendly Cities Initiative (CFCI).

The country has made good progress in its promotion of child rights, with more recent amendments to laws such the Children and Young Persons Ordinance (CYPO) No. 48 of 1939, National Policy on Disability 2003, and National Policy on Child Protection, with advocacy and technical support from UNICEF and others. The challenges, however, lie in translating the policies into action and practice with sufficient financial investment. The budget allocated for children as a percentage of the Total National Expenditure (TNE) stood at 11.38 per cent in 2016. Even though the 2019 budget promised to invest more in children and their wellbeing, in addition to including them in policies such as Vision 2025 and amending outdated child protection legislation, there is still significant room for improvements, particularly in areas of the country that face development challenges in fully recognising the rights of a child and promoting child-friendly environments.

1.4 Scale up of the CFC initiative

Recognising the positive impacts the CFCI can bring to children and furthermore to the entire community, the neighbouring districts and municipalities have been expressing their strong interests in the CFCI.

For instance, significantly inspired by the CFCI in Batticaloa, the Secretary, who has also been part of CFCI journey of Batticaloa and a strong advocate of the Child Rights, has shown her commitment to create Child-Friendly Pradeshiya Sabha in Manmunai South-West Kokkaddichcholai Batticaloa. The Pradeshiya Sabha lags in overall development, with daily wage as primary income source of its people. The needs of meaningful child and youth participation for inclusive local governance system have been highlighted and promoted.

The CFCI team of UNICEF Sri Lanka currently plans to support scale-up of the initiative to the neighbouring districts and municipality in Eastern Province primarily and eventually to the entire country.

Progress of the CFCI in Sri Lanka

Overall introduction of the place 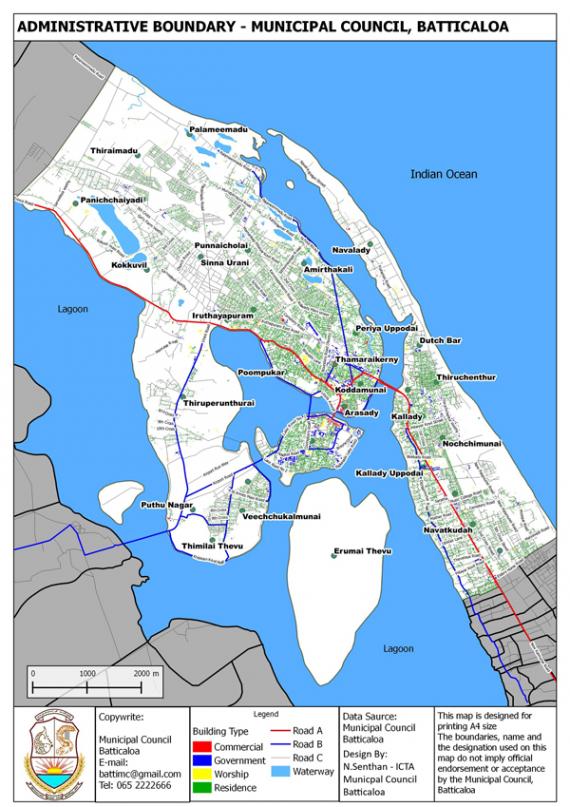 •What was done: small scale renovation of the available space, provision of play items for children •Description of the status before the intervention: neglected space, limited space for young children

• Description of the status after: safe and child-friendly space with play items for young children especially who came to the clinic for vaccination • Short quotes from target users with photo

Updates of the month

Key update of the month 1: short paragraph on key activities

Key update of the month 2: short paragraph on key activities