These photos illustrate the impact of the worst flooding in 60-years in Bentiu and the larger Unity State, that since February has washed away harvests, cattle and left villages under water.

This series of images was put together by me, Sebastian Rich, as part of the coverage in showing the level of life-saving need in South Sudan, and the importance of UNICEF and its partners' response in preventing and treating malnutrition supported by a three year-year long ECHO donation.

Through the support of the European Union’s Civil Protection and Humanitarian Aid Operations (ECHO), UNICEF and partners have been able to reach tens of thousands of women and children over a period of six months from March to September 2021 in South Sudan alone to prevent malnutrition, while providing life-saving treatment for those who have already become severely malnourished.  It is part of a 48 million EURO donation to UNICEF from ECHO to support South Sudan, in addition to Ethiopia and Somalia.

In the last two decades, these three countries have witnessed repeated droughts, floods, outbreaks of disease and instability.

The aim is to reach 3.1 million severely malnourished children in the three countries over three years while building the capacity of systems to better withstand future crises.

As a photojournalist and humanitarian photographer I have been coming to South Sudan since independence in 2011 and have been witness to a brutal civil war and all that war brings with it.

Now with unprecedented flooding the world’s newest nation is beleaguered with so much more sadness and seemingly overwhelming challenges.

But I have witnessed individuals and entire communities coming together to face head on a new disaster. I have also witnessed UNICEF and its partners make a huge positive impact on the lives of those so terribly effected by the terrible flooding. 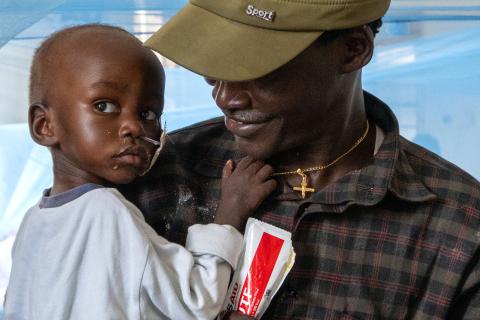 Racing to save Wilson 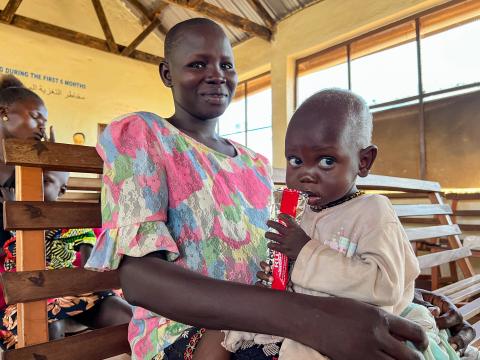 UNICEF and partners work around the clock to save malnourished children 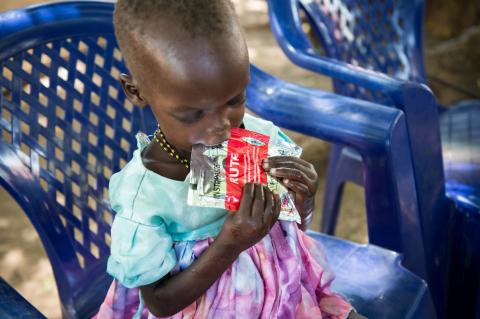