“I went to buy bananas”

YAMBIO, South Sudan – “They will kill me if they find me,” says James, who has looked over his shoulder since the day he escaped from the armed group that abducted him in Western Equatoria, South Sudan.

Four years ago, James set off in the morning from Yambio to buy bananas in Nzara, a town 15 kilometers away. He paid the 80 SSP round trip (30 cents) and joined several others on the bus, including a few other boys and some elderly passengers.

There was nothing unusual about this journey. He regularly travelled to Nzara as bananas are cheaper there. He would bring them back to Yambio to sell them in the market. A smile creeps over his face when asked if these trips were profitable. “Yes,” he says.

That day he never reached the town.

The bus was stopped by a group of soldiers and everyone was ordered off. He and seven young boys were marched away into the bush. Only the four elderly passengers were left. From this day on, there was no more school, no more family and no more freedom.

He couldn’t eat the first two days in captivity. “I was too nervous,” he says, showing the small scars on his arms where a soldier cut him, after which ash was rubbed in. This was part of an initiation ceremony. The boys spent one week training and then they were given their own guns to go out to loot and fight.

After 3.5 years with the armed group he escaped. The opportunity came one night after he overheard discussions about transferring him. Protected by the darkness of the night he left the group and walked for three days. Since then he has lived in fear of being discovered and brought back to the group. He is certain that he will be killed if he is discovered.

Soon after his escape he heard about children, just like him, who were being released and assisted in Yambio. He is now enrolled in a vocational training at the Tindoka Vocational Training Centre where he is focusing on electrics. James also receives psycho-social support as part of the reintegration services that are offered. 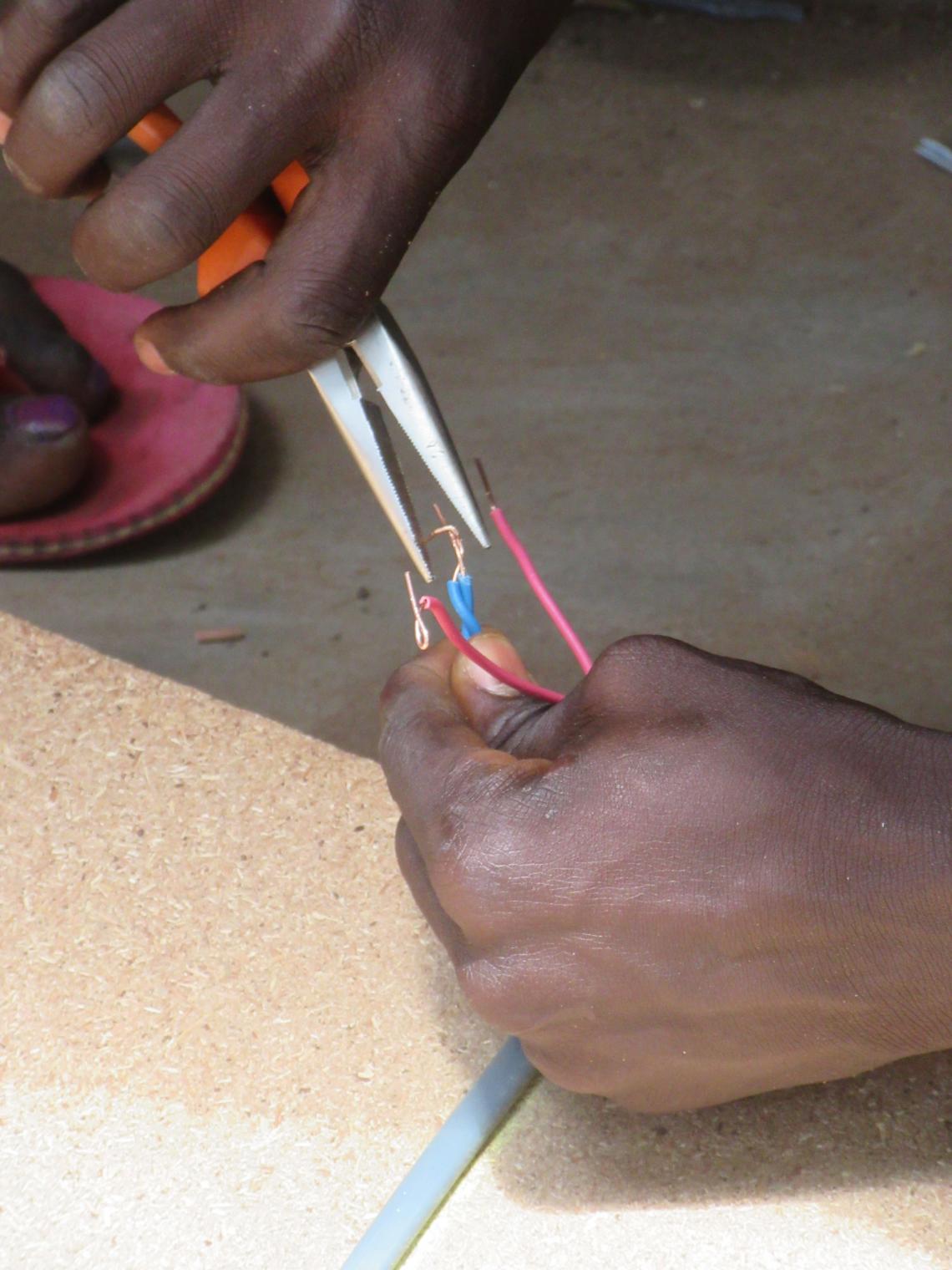 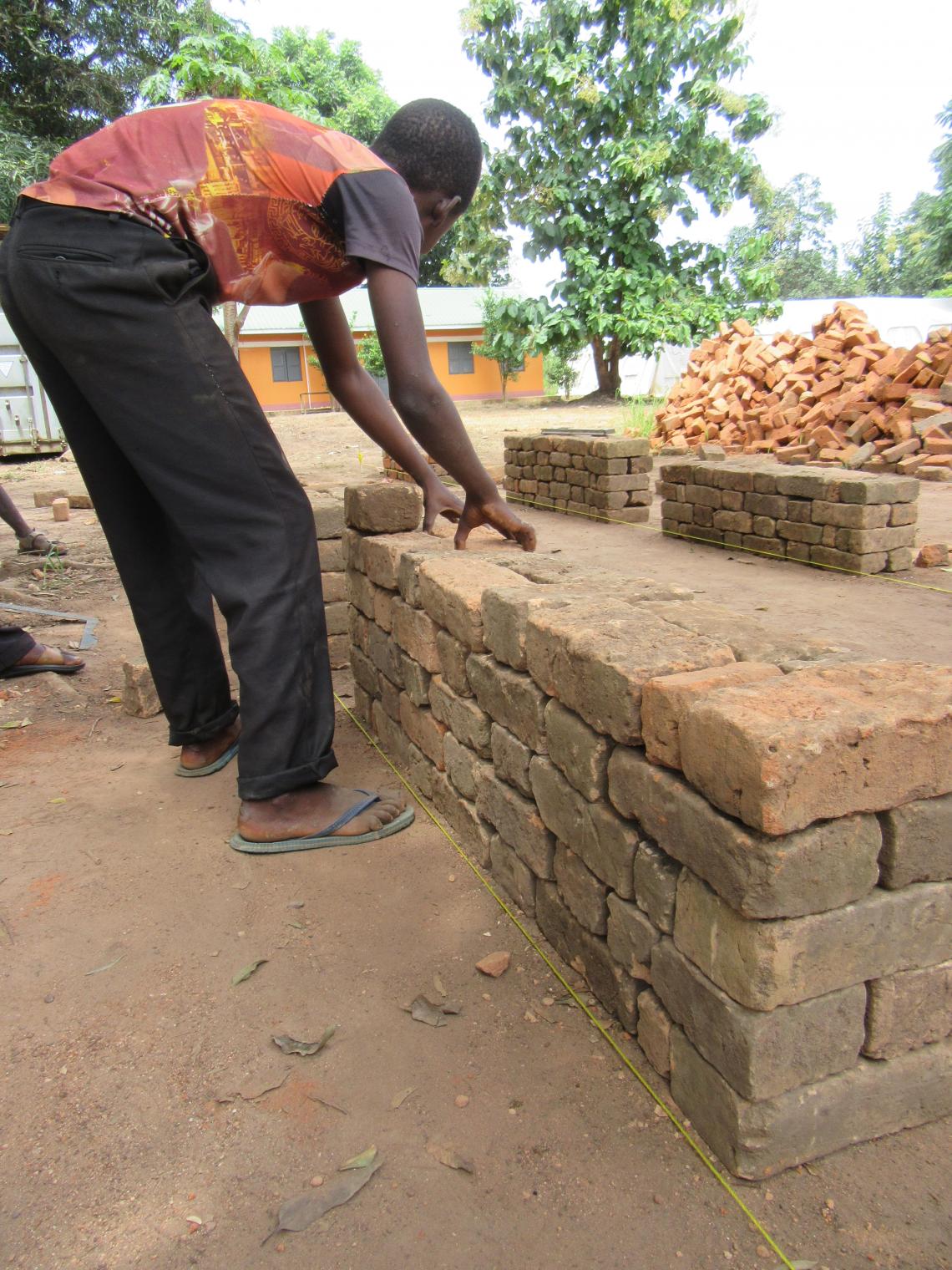 The centre, run and supported by UNICEF and its partners through the generous support of donors, is now training 106 children in the skills of construction, carpentry, tailoring and electrics. It caters for many children in the area, especially the more vulnerable. The skills training and the routine of daily attendance at the centre also help the children regain a sense of normalcy in their lives and recover from trauma.

So far, this year, more than 900 children have been released from armed groups in South Sudan. The releases are organized by UNICEF, UNMISS and the National Disarmament, Demobilization and Reintegration Commission (NDDRC).

Gigi Alfred, an instructor in construction at Tindoka is particularly proud of one of his students. Twelve-year-old Andrew, is severely hearing impaired and for this reason has not been able to attend school as the state is unable to cater for his special needs. But he has blossomed at the training centre and attends every day despite transport challenges that mean he regularly faces a long walk from the other side of Yambio Town.

Alfred speaks enthusiastically and when asked about the job prospects of his students he answers, “They are not going to be job seekers, they are going to be job creators.” 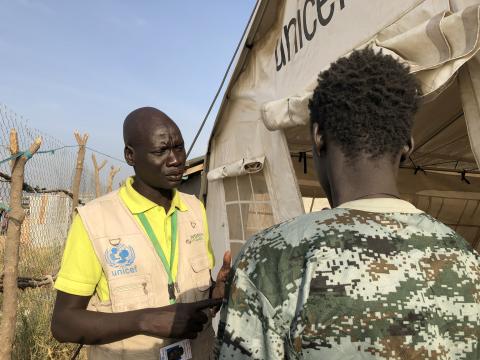 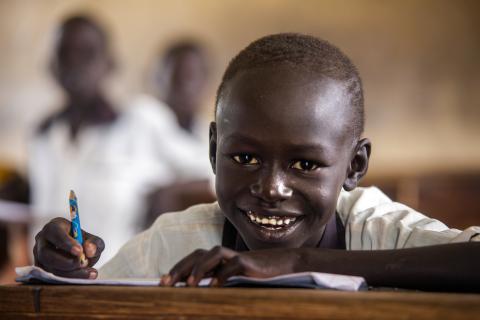 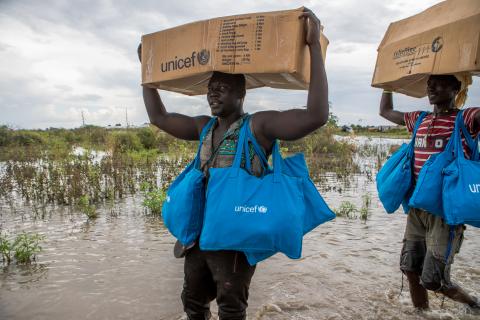 “Our help gave people hope”
113,000 assisted by UNICEF in the worst flood in South Sudan’s history.
Read the story 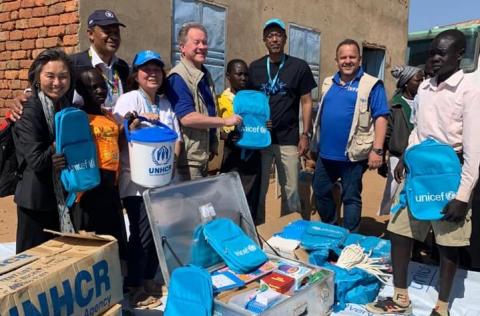 For the first time in almost a decade; learning materials reached South Kordofan
Visit the page