Thirty-two-year-old, Lawrence Manyang Malok was born blind. But this has not stopped him pursuing important community work as a social mobiliser and health champion in his village of Agok, Western Bahr El Ghazal State.

Malok supports church announcements during polio, COVID-19 and measles campaigns. From these announcements, he realized the importance of vaccines and expanded his role to include creating community demand for immunization and spreads important messages using his unique communication skills to his village.

Malok said that disability is not inability and moves around in Agok boma with no white cane. He is well known by the influential people in his village.

“I do not need white cane to move in Agok boma. I know the area very well. I just move like anyone else with no sight impairment.”

Many have great respect for him, despite some at the beginning regarding him warily, before realizing his immense potential.

“I silenced those who were disregarding me during elections for deputy PTA chairperson, deputy chairperson for the people living with disabilities, and information officer for youth where I contested and won all the three positions with landslide victory in free and fair elections,” he said.

Malok relishes his social mobilization work. He said he wants to ensure that all children are protected from vaccine preventable diseases by taking key life-saving message to every household in Agok.

He works hand in hand with chiefs, youth and the church. His ability to speak different languages such as Dinka, Jur Chol and Arabic puts him in a strong position to communicate with many people. Malok was selected by the chief and sent to attend social mobilization training organed by the State Ministry of Health in March 2022 before a Tetenus vaccination campaign.

He calls upon all women of child-bearing age to get Tetenus vaccination to protect them from Tetanus and diphtheria. Malok also uses his position in the church as a teacher to pass life-saving information to his congregation during sermons.

He said whether there is incentive or not he would continue to orient care givers on the importance of vaccination.

“I always tell caregivers that they should use my vision loss as a lesson learnt. I don’t like to hear that children are born with disabilities, especially if we can avoid them by using available free vaccines. But thanks God many children in my village here are vaccinated,” he said.

Malok said he could do more if he was educated than he is doing now for the community and appealed for the establishment of institute for the blind in the state.

“I have been looking for opportunity to attend institute for the blind. Unfortunately, we do not have here in our State. I am requesting the national government to establish one so that we can enroll.”

Malok does not take his loss of vision as a challenge, but he turns it in to an opportunity for his community to benefit from.

“I share my experience with the community and give practical example for them to see.” 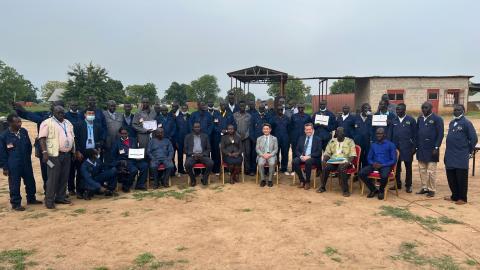 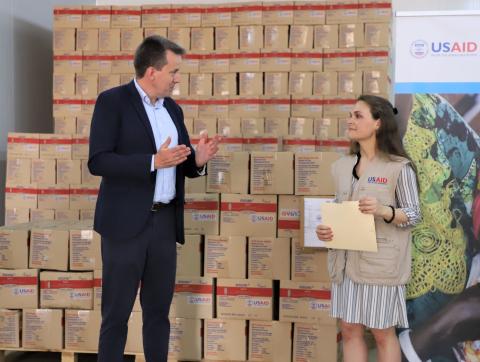 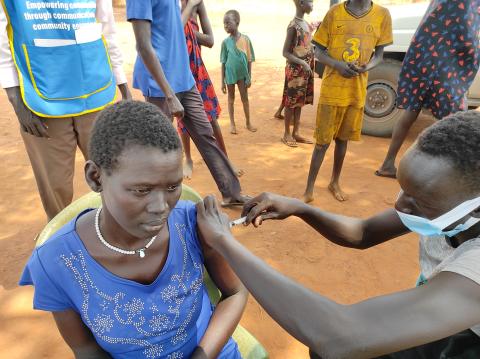 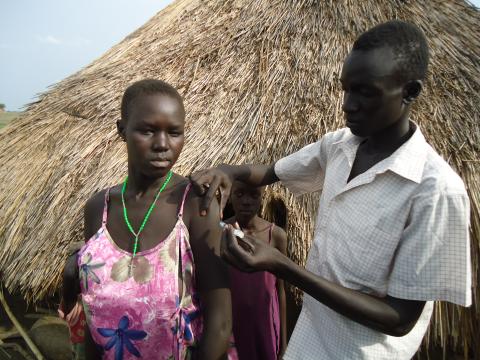 Saving lives of women and babies from tetanus