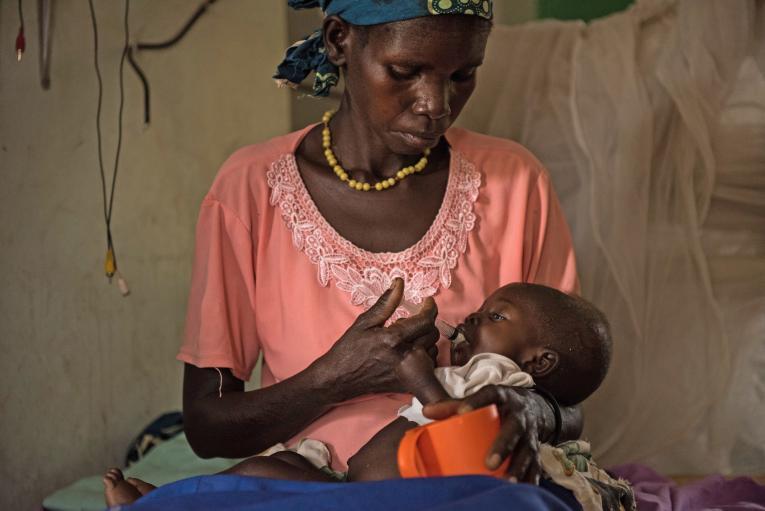 UNICEF/UN067946/Hatcher-Moore
Jane Tiko feeds a therapeutic formula to her nine-month-old son Simon Ladok in the malnutrition ward in the Al-Sabbah children's hospital in Juba, South Sudan, Wednesday 15 March 2017. The ward is for children who suffer from malnutrition and associated complications.

According to the Integrated Food Security Phase Classification (IPC) update released today by the Government of South Sudan in collaboration with the Food and Agriculture Organization of the United Nations (FAO), the United Nations Children's Fund (UNICEF) and the World Food Programme (WFP), an estimated 6.96 million South Sudanese will face acute levels of food insecurity or worse (IPC Phases 3, 4 and 5) by the end of July.

An estimated 21,000 people will likely face a catastrophic lack of food access (IPC Phase 5, the highest level in the five-step classification), while about 1.82 million will face Emergency (IPC Phase 4) and another 5.12 million people will face Crisis (IPC Phase 3) levels of food insecurity. Compared to last January’s forecast for the period May – July 2019, 81,000 more people than originally projected are facing IPC Phase 3 or worse, particularly in the Jonglei, Lakes, Unity and Northern Bahr el Gazal states.

The ongoing lean season started early following record low stocks from the poor 2018 harvest and has been further extended by the delayed onset of 2019 seasonal rains. This, combined with persistent economic instability, the effects of previous years of conflict and related asset depletion and population displacements, have contributed to the disruption of livelihoods and has reduced people’s ability to access food. High food prices caused by last year’s poor harvests, market disruptions due to insecurity, high transport costs and a depreciated currency are also contributing to the high levels of acute food insecurity.

The effective implementation of the peace agreement and political stability are imperative to allow urgent and scaled-up humanitarian assistance to protect livelihoods and boost agricultural production across the country to save lives.

“This update to the IPC reveals that much work needs to be done. The recovery of food production and increase of yields in South Sudan are reliant on the maintenance of peace, and must be given a chance,” said Meshack Malo, FAO Representative in South Sudan. “FAO is working with returning farmers to assist them to resettle, build assets and adapt to changing rainfall patterns,” he added. “But there is still much work to be done to increase their ability to deal with such shocks in a sustainable manner.”

“With greater stability in the country, access to those in need has improved, allowing us to treat more than 100,000 children suffering from severe malnutrition in the first five months of the year, with more than 90 per cent of those children recovering,” said Mohamed Ag Ayoya, UNICEF’s Representative in South Sudan. “But malnutrition levels remain critical in many areas and our fear is that the situation could worsen in the coming months.”

“The hunger season coincides with the rainy season and that’s a perfect storm in South Sudan,” said Ronald Sibanda, WFP’s Country Director in South Sudan. “As we ramp up our response, the race is now against time and nature – we must act now to save the lives and livelihoods of the millions on the brink of starvation.”

FAO is providing new varieties of seeds suited to local conditions and training in techniques that will reduce losses from drought and flooding. In addition to supporting 800,000 vulnerable farming, fishing and agro-pastoral households with vegetable and crop seeds, agricultural tools and fishing equipment, FAO is carrying out animal vaccinations and other veterinary services in support of livestock keepers to protect their livelihoods.

UNICEF and partners will further scale up services during the lean season to reach more children affected by severe acute malnutrition, expanding its programming through two key methods. In areas with good humanitarian access, a long-term presence on the ground will allow UNICEF and partners to stay and deliver. Integrated Rapid Response missions will be used to reach people in insecure and inaccessible areas. More than 100,000 children affected by severe acute malnutrition are expected to be reached during the peak lean season.

As part of its response, WFP will provide up to 5.4 million people with a variety of support including life-saving food and cash distributions in areas with working markets, food in return for work on the construction and rehabilitation of community assets, food for school meals, and special products for the prevention and treatment of malnutrition among children, and pregnant or nursing women.

WFP has prepositioned 173,000 metric tons of food in more than 60 areas before the onset of the rainy season, 66,000 metric tons more than the same time in 2018. Pre-positioning not only helps to save lives but reduces delivery costs. 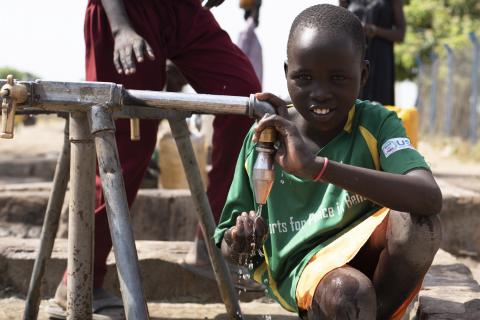 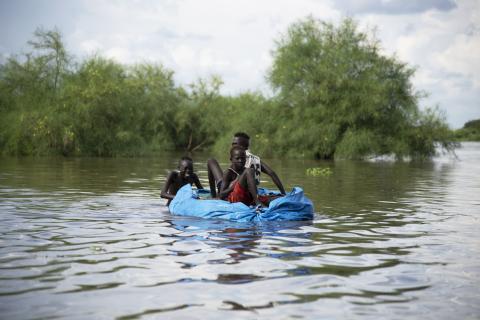 More than 600,000 people are affected by the floods in South Sudan. Jonglei state is one of the areas hardest hit. 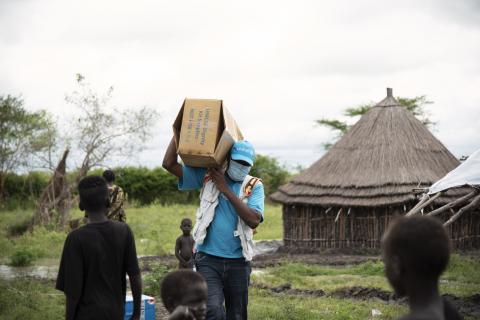 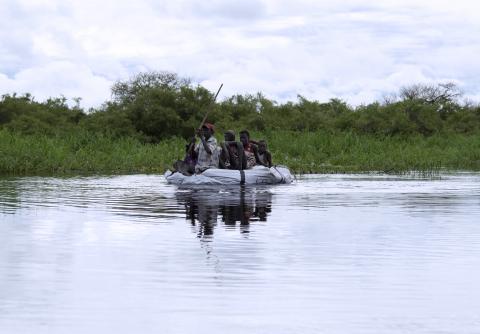 Conflict and floods are pushing people to their limits