Despite not being eligible for a vaccination yet, young people are playing a major role in South Africa’s vaccine rollout.

“I think my Grandma needs my help with the registration because she says she has a ‘tik-tok’ phone”, says a wryly smiling Julian, the 25-year-old grandson of Muriel Johannes, as he describes his grandmother’s aversion to smart phone technology.

While the second phase of South Africa’s vaccine rollout is limited to health care workers and those 60 and above, this hasn’t stopped young people like Julian from playing an important role in supporting the country’s vaccine rollout effort.

Having the phones, know-how (and an eye for small text), Julian is one of many young people that has taken it upon himself to register those over 60 for a vaccine on the South African government’s Electronic Vaccination Registration System (EVDS).

“If my Grandma should get sick because she didn't take the vaccine while it was available for her, and she dies as a result, that would be a great pain in my heart”, says Julian while his daughter – Muriel’s great-grand-daughter – plays in the alleyway behind him.

Seeing the important role that youth can play in South Africa’s vaccine rollout, volunteers from UNICEF, together with volunteers from the Red Cross and community health workers, mobilised to assist the elderly to register for a vaccine. On the 3rd and 4th of June, volunteers descended on Boxer Superstores across South Africa and assisted those queuing to collect their pension to register on the EVDS.

UNICEF volunteers are leading from the front at @BoxerStores around the country today to assist pensioners at @OfficialSASSA pay points to register for a #COVID19 vaccine on @HealthZA's #EVDS platform#Grandkids4Gogos #VaccinesWork pic.twitter.com/qBbXgNSckg

Look out for volunteers at a @BoxerStores near you! pic.twitter.com/1qgl36Wlz3

The registration effort forms part of an orchestrated plan by organisations supporting the National Department of Health’s (NDoH) vaccine rollout. Thanks to these volunteers, the plan is underway with initial reports indicating an uptick in registrations on the EVDS.

On a crisp Cape Town morning in June, Muriel received her first shot of the Pfizer vaccine at Lentegeur Hospital.

Julian, who had accompanied her there, said he was looking forward to coming back with Muriel for her second dose. 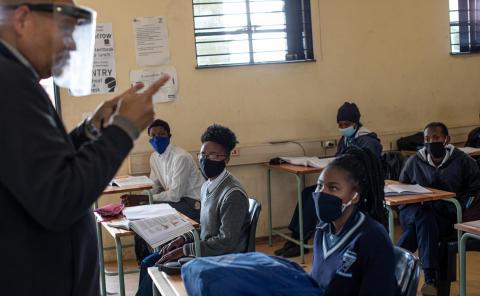 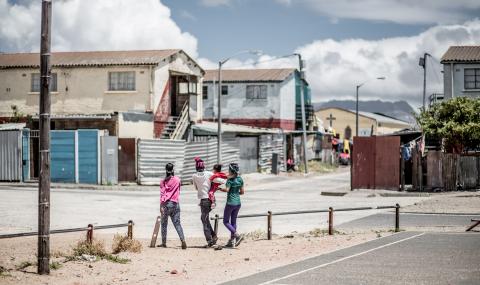 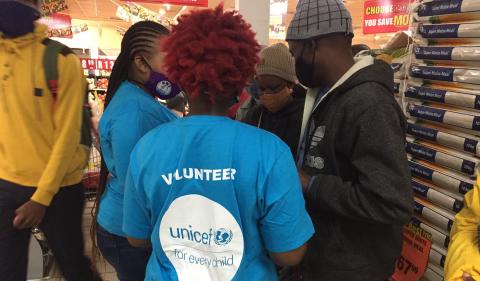 Helping the vulnerable fight the pandemic 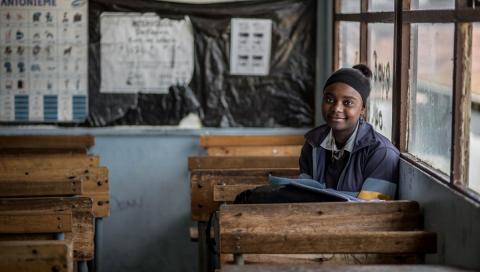