From survivor of gender-based violence to thriving businesswoman

The story of Alima, a mother of eight

Alima (not her real name), a survivor of domestic violence, is single-handedly raising her eight children. Her husband used to beat her up constantly and brutally until she decided to divorce him. She now lives in a camp for Internally Displaced Persons (IDPs) in Borao, Somaliland.

Alima was forced out of their home with her eight children, including a six-month-old baby girl. She had no money or a place to live and didn’t have any family to depend on. Being illiterate, she also knew that a well-paid job without a school certificate was beyond her reach.

Alima and her children had only their clothes and personal belongings when they arrived at the IDP camp where she found a job as a house cleaner. Her meagre income was not enough to buy anything more than the food they needed to survive. As she couldn’t afford to take her children to school, they stayed home, took care of each other and cooked and cleaned for themselves.

The UNICEF UPSHIFT project is a social innovation and social entrepreneurship program that aims to build skills and opportunities for disadvantaged and vulnerable young people, survivors of gender-based violence, and people living with disability. Ideas are curated through social innovation workshops, mentorships, incubation and seed funding, to equip young people with the skills and resources they need to identify problems in their own communities and design solutions for them.

Alima is a beneficiary of the UPSHIFT project. One day she was approached by the IDP community leader, who explained the opportunities of the UPSHIFT project, and that the program aimed to support vulnerable people like her through training and grants for business startups. Alima immediately agreed to join the program as she already had many business ideas in her head and was very excited to make use of the opportunities offered.

Now Alima runs a successful business called Waddani Shop with three other women. They sell food crops like wheat, maize, and red beans. The shop also offers a grinding service for grains and other hardy foods. Every Thursday, Alima participates in raising awareness among the IDP community about the importance of natural foods.

Alima earns a profit of about $50- $70 a month. With it, she can afford to pay school fees for her children, buy them clothes and shoes, and treat them to their favorite food. She is happy to be an independent businesswoman and is excited about growing and expanding her business.

During this year’s 16 Days of Activism against Gender-Based Violence, Alima will be among women who will actively participate in discussions with vulnerable young people and other potential beneficiaries of the UPSHIFT project. 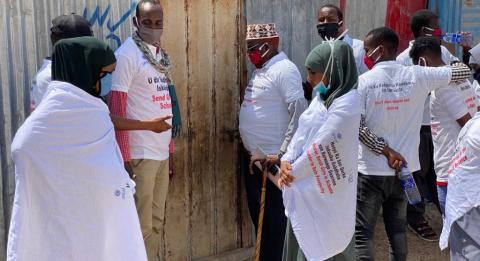 Sharing knowledge in communities to protect girls from FMG

Empowering young people to protect themselves 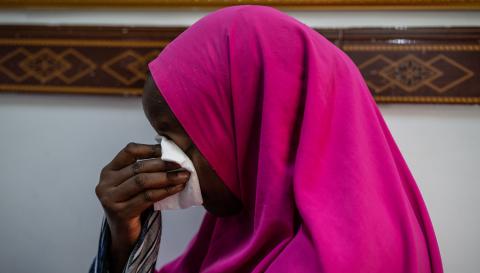 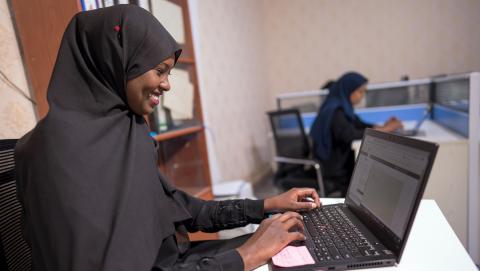