Families from Southern and Eastern Serbia, which had significantly reduced incomes during the COVID-19 pandemic, have received humanitarian cash transfers.

Ilino village, Serbia - Ten shoes are lined up in an old dresser in front of a rundown house. Five pairs of shoes, for five girls in the Stankovic family. Three of the pairs are new - for twelve-year-old Lidijana, eight-year-old Teodora and six-year-old Tamara. They got new shoes because they are going to school. The younger children, four-year-old Bojana and Andrijana, will inherit the shoes from their sisters.

The Stankovic family, a Roma family from the village of Ilino, near Boljevac in eastern Serbia, has a modest income. The father, Sreten, earns money by doing seasonal work.

“We do seasonal work, whatever is available. We work in the field, garden, splitting firewood, barn cleaning. We work whenever someone calls us. We don't pick and choose jobs. We’re also receiving some social benefits, child allowance...,” explains a worried Sreten Stankovic, father of the five girls.

Many families at-risk of poverty, like the Stankovic family, have faced many challenges during the COVID-19 pandemic.

“It hit us hard. You can't work, you can’t go outside, you don’t have a job, and always waiting for the next social welfare payment. And when you do get it, you have to pay the bills, pay for the electricity. The bills are high and there isn’t enough money.”

The Stankovic family was displaced from Kosovo and Metohija more than twenty years ago. They spent half of that period in a collective accommodation centre, on the nearby Rtanj mountain. When their eldest daughter was only eight months old, they moved into their house in the village of Ilino.

“The house is in the condition we got it in, but we just can't repair it. We do what we can...You need a lot for children, we can't manage to earn enough for them, let alone to save something,” says Sreten.

Dafina, the girls’ mom, is very worried. The house they live in is very old and dilapidated, and it has already caught fire twice, due to inadequate heating. And winters at the Rtanj mountain valley are very cold.

“I was terrified for my children when I saw the flames. There was a lot of smoke, we called the fire department. Then we went outside, but it was winter, so the children caught a cold. That’s in the past now, but the house is inadequate, and we live in only two rooms,” explains Dafina. “It’s hard, when children get sick, we don’t have transportation, we have to find someone to take them to the doctor.”

The Stankovic family, and others like them, received a debit card with a predetermined amount, based on their income level and number of family members. This is part of the humanitarian cash transfers programme being implemented in Southern and Eastern Serbia by UNICEF and the Red Cross of Serbia, thanks to the financial support provided by the United States Agency for International Development (USAID).

The family spent most of the money on repairing the two rooms of their house. “[We got] something little for the children, we did some work [on the house]. Children got clothes, they also got something for school. They got clean clothes for school and sneakers. Lidijana is in the fifth grade now, she travels to Boljevac every day and she needs a little more.”

“The help means a lot to us, so my children have something to wear. We bought some clothes, especially for the older ones who go to school and Tamara who goes to preschool. Every day, we get up in the morning - first I see my eldest daughter off [to school] and then see the other two off. I make them breakfast, dress them, comb their hair. They are doing well in school.”

Some of the money was also spent on crayons, as Dafina and Sreten’s daughters all like to draw and paint. They also like maths.

“I like doing math. I love Serbian, I love those subjects,” says the eldest, Lidijana.

Eight-year-old Teodora’s favourite subject is English. And six-year-old Tamara, a pre-schooler, likes to play school with her older sisters.

“We play school with my eldest sister Lidijana. She’s like a teacher and we’re pupils. She gives us letters of the alphabet and I do it all. And I’m getting straight As,” Tamara says smiling.

Eight-year-old Teodora and four-year-old Bojana like playing with their sisters in the yard.

“We go out, we play tag, hide and seek, and I take care of my youngest sister. She’ll be two years old in June and her name is Andrijana. We play!”

Families from Southern and Eastern Serbia, which had significantly reduced incomes during the COVID-19 pandemic, have received humanitarian cash transfers. This is crucial, as in almost 40% of households, the amount for unplanned expenses was higher than a quarter of the monthly household income. Most often, this money was spent on hygiene and food products.

The crisis and the uncertainty caused by the pandemic are not over. UNICEF and partners continue to help the most vulnerable families with children. 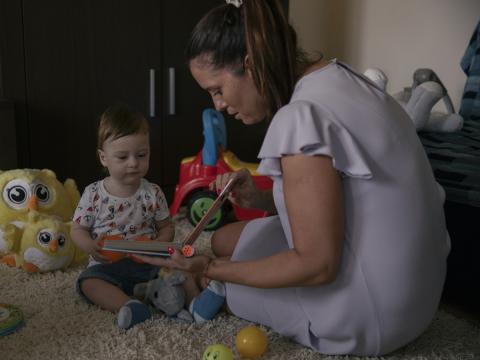 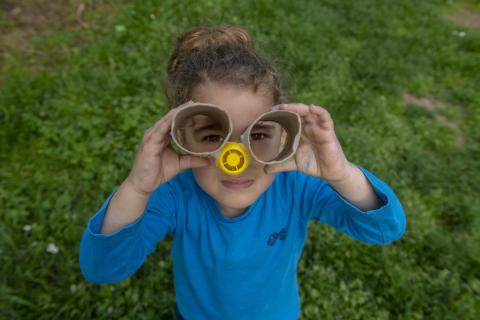 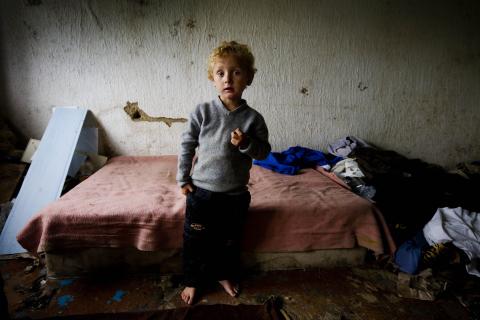 UNICEF launches national solidarity campaign "FOR 1000 FAMILIES FROM THE EDGE" 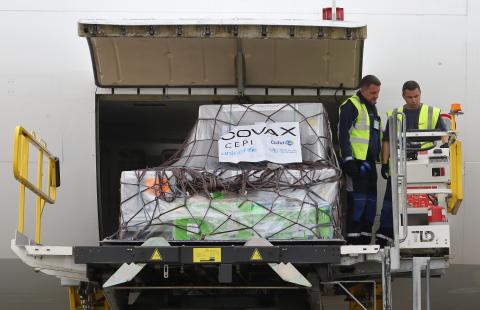