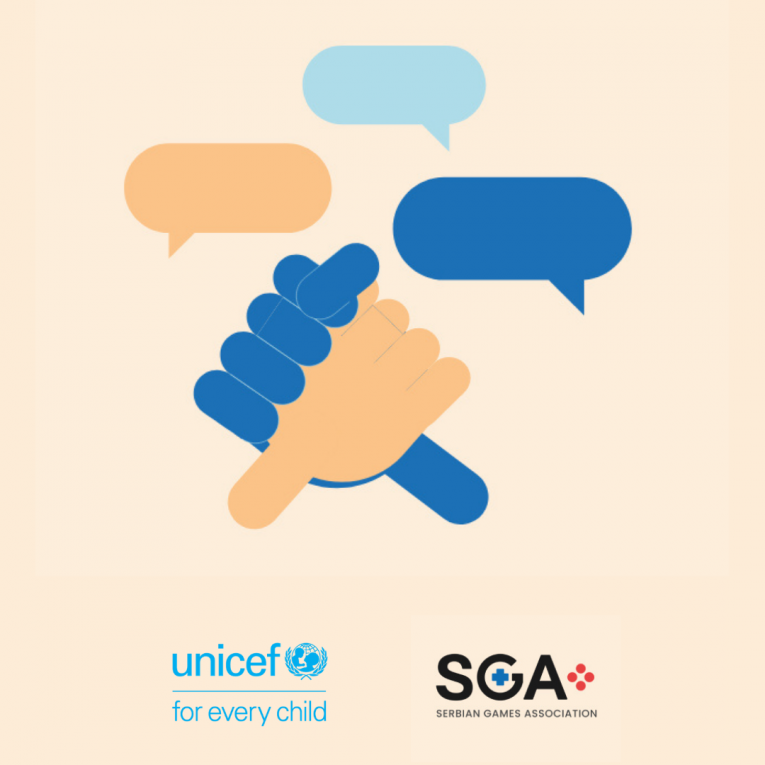 Belgrade, 8 April 2021 - The Serbian Gaming Association (SGA) and UNICEF Serbia have signed a cooperation agreement with the aim of empowering children and young people who use games and gaming platforms to benefit from digitalisation and games in a responsible and safe manner.

UNICEF and SGA are guided by the fact that the developers of digital games that attract the time and attention of children and young people around the world, have a huge potential and responsibility to shape their platforms in ways that maximise positive and minimise negative impacts on children. COVID-19 has caused an explosion in online gaming among all age groups, indicating that gaming has become a central element of entertainment in the 21st century as one of the fastest growing industries, as well as cultures in the world.

"The gaming industry is one of the few (creative) industries that has not only demonstrated its resilience in meeting the challenges of the ongoing pandemic but has retained and further boosted its continued growth. Our latest report on the Serbian gaming industry (for 2020) shows the growth of revenue, the number of employees and the number of new games being developed in Serbian studios. In the context of a maturing ecosystem, we are convinced that the topics we will address together with UNICEF over the coming months and years will contribute to the domestic gaming ecosystem reaching a more mature stage of its development, and game developers in Serbia focusing on topics such as the protection of the youngest players. Our membership in the European associations EGDF and ISFE, which deal with these topics at the European policy level, is also a step in that direction," said Relja Bobic, SGA programme director.

Last year, UNICEF conducted the first survey in Serbia on the impact of the gaming industry on children and youth through the U-Report platform. The U-Report represents the voices of young people and promotes their participation in creating positive social changes. About 900 young U-Reporters from across Serbia took part in the How Games Affect Children and Young People survey, with about two thirds of them belonging to the age group of 15 to 19.

According to this survey, 70% of respondents like to play video games. For slightly below a third of respondents (29%) the main reason for playing is fun, for 12% it is relaxation, 12% play out of boredom, 8% cite virtual socialising as a reason, for 5% it is a challenge, 2% claim that it is just a habit, and 2% learn something new.

“Video games provide children with the opportunity to learn to collaborate with others, connect with friends across the world, learn new skills and have fun. However, as with many online activities involving children, negative experiences are also possible during gaming. UNICEF is pleased to work with the Serbian Gaming Association to look proactively at how video games affect children and to create solutions that will protect children and increase positive outcomes through their engagement on digital platforms, where they can not only play but also learn", stated Deyana Kostadinova, UNICEF Representative in Serbia.

In the coming period, UNICEF and SGA will conduct a number of activities that will bring together representatives of the video game industry, parents' associations, children, representatives of the education system, with the aim of working together to contribute to positive outcomes for children and youth, as well as improving the standards in the local gaming industry in line with the best European and global practices. 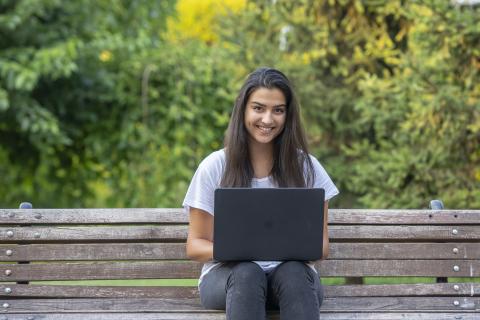 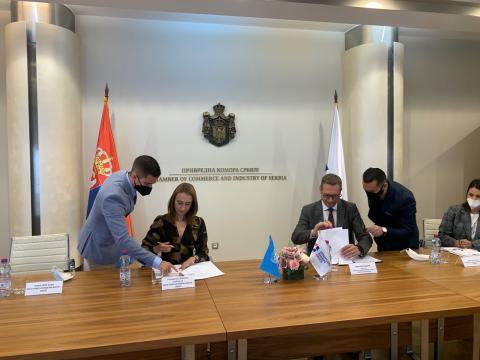 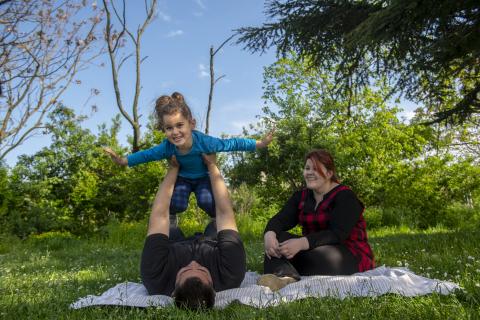 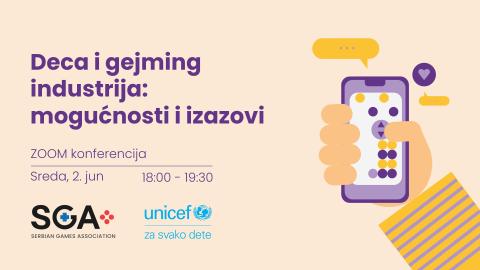 UNICEF and SGA present the programme on responsible gaming and children