KAYONZA, Rwanda - Rain pounds on the tin roof of Hodari’s classroom. It is almost impossible to hear one another without shouting. Hodari sits among more than 50 other students, each popping up and down to command the teacher’s attention when she asks a question.

Amidst the bouncing children, the teacher picked Hodari out of the crowd. Each child selected reads aloud one Kinyarwanda word from a card distributed by the teacher.

“Hodari, please come to the front of the room and read the card.”

Without hesitation, he stood up and faced his classmates.

Hodari was not always able to read so well, or at all. Born with an intellectual disability, Hodari only began to read a couple of years ago. He is 14 now. When he was just six months old, Hodari’s mother Immaculée began to notice his disability.

“He was not able to eat anything,” she said. “He could only drink milk and porridge. At first I thought it was my fault, because I hemmorhaged after child birth and was not able to breastfeed for 24 hours. But as he grew, I also noticed other issues. Even as he approached two years, he lacked motor skills; he could not grasp things or catch a ball.”

But despite Hodari’s disability and her husband’s doubts, Immaculée enrolled her son in his first year of primary school at the same time as other children.

Supported by UNICEF, teachers at Hodari’s school are trained on inclusive education and student-centred teaching methods, where children like him can overcome their disabilities by learning from and with other children.

“What is my favourite subject?” Hodari asks himself out loud, pausing to consider the question. “I like to read.” He jabs the air with one finger, as if making a point. “And write,” he adds. “I like to read and write.”

“It’s true,” his teacher Charlotte confirms. “He is a strong reader.” Recalling Hodari’s confidence when reading his Kinyarwanda word in front of his peers, it is not difficult to believe.

Hodari has struggled more than some students, but he learns a lot being around other children rather than being isolated due to his disability. With tears welling, Hodari’s mother exclaimed, “I was happiest when he began to play football with other children. He never socialised like that when he was younger.”

A few hours a week, Hodari also attends his school’s Inclusive Education Club, where students with and without disabilities meet to play games together, sing, and dance. UNICEF also supports parents to encourage learning at home, so the classroom is not the only place their children feel included.

"Now I help Hodari with his homework," says Immaculée.

It is easy to see how comfortable Hodari feels at school. Teachers and students alike greet him and exchange a wave as classes conclude for the lunch break. He likes questions, and though his responses might take a few more moments than most, they are decisive.

“What do I want to do after I finish school? I am going to be the Prime Minister.” 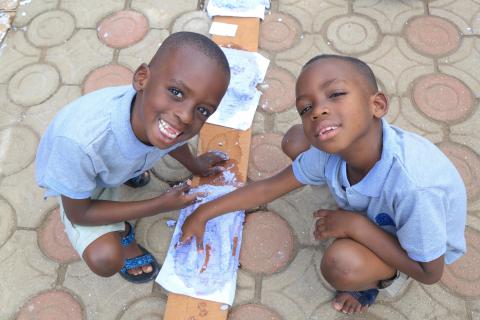 Getting restless at home during COVID-19? Try papier-mâché! 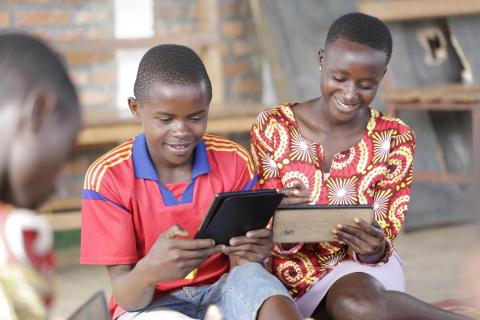 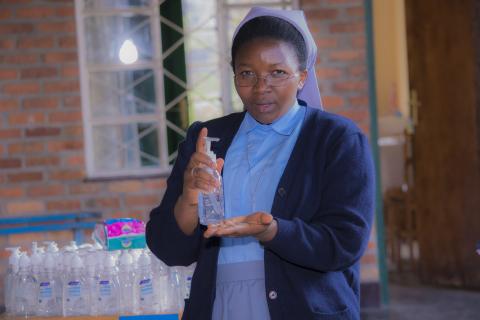 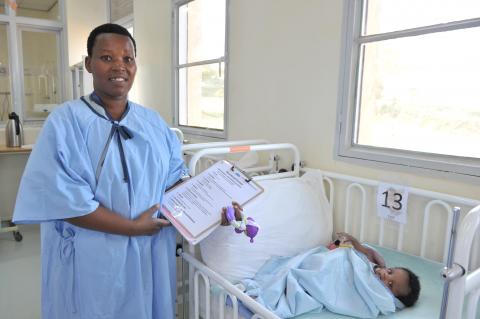 Reducing newborn deaths in Rwanda, one hospital at a time

With support from Takeda Pharmaceuticals, UNICEF is helping train medical staff in hospitals so they can save the lives of premature babies and mothers