We work to improve maternal, newborn, child and adolescent health through collaboration with communities, governments and partners in South Asia.

Newborn deaths can be prevented with simple and inexpensive interventions. Yet almost 60 percent of children who die under the age of five do so within the first month of life. Preventing newborn deaths requires concerted action at all levels of society – from families and communities to health care workers and governments. UNICEF is supporting countries in South Asia to develop and implement child health action plans which focus on improving the quality of care given to newborns and their mothers around the time of birth.

Out of 23 million under-immunized children in the world, 8 million live in South Asia. The region is lagging behind its elimination targets for polio, measles, maternal and neonatal tetanus and immunisation coverage. Inadequate infrastructure continues to inhibit access to vaccinations. Polio remains endemic in two countries - Afghanistan and Pakistan. UNICEF is dedicated to improving immunisation coverage in South Asia by strengthening health systems. We work with communities to better understand why demand for vaccines is sometimes lacking and what intervention would be most effective to change behaviours. These efforts seek to ensure that all children experience the benefit of vaccines, and that they have the opportunity to survive and thrive. 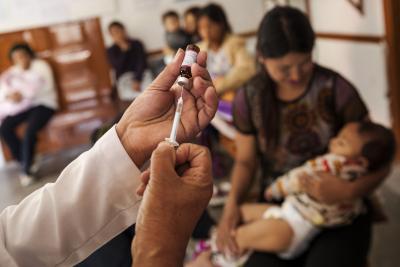 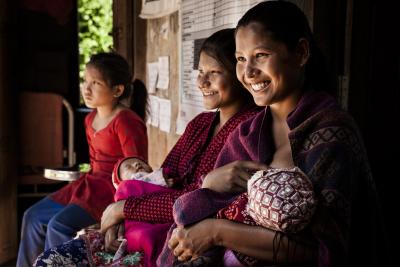 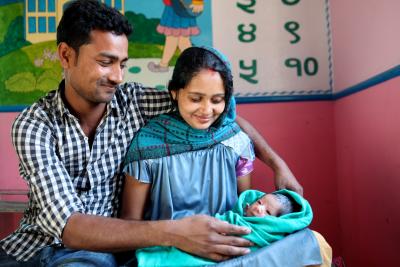 UNICEF’s health programme focuses on ensuring mothers have the support to deliver their newborns under professional care and in a safe environment. We promote policies that support pregnant mothers and improve newborn delivery practices. Since social and behavioural changes are essential to create a safe environment for pregnant women and their newborns, we work with our regional partners to address gender discriminatory practices in the communities we work with.

We are working to make routine immunisation easily accessible for every child. We are committed to save an additional 500,000 newborns and to increase the number of fully-immunised children by 3.3 million by the end of 2021. To meet these targets, UNICEF is advocating to increase government investments in maternal and newborn health services in South Asia.

These resources on Health represent just a small selection of materials produced by UNICEF and its partners in the region. The list is regularly updated to include the latest information.

Polio is a crippling and potentially fatal infectious disease. Our goal is to see no new polio cases by the end of 2018. Learn more: