“I feel like most of the damage to the environment is being done by adults,” says thirteen-year-old Iz Yala binth Ali Shameem. “Often I see them just throw garbage into the sea. It’s really bad for the fish and for us.”

Yala lives in the Maldivian island of Kudafari.  She is a passionate home gardener who believes that everybody should try to grow their own food.

“I’d like to tell kids my age to be more open about the damage being done to the environment.

If you know something is not right, you have to  say something.”

In Maldives, most food products, including staples like rice, flour and sugar, are imported.

To cater for the growing population as well as the large number of tourists who visit the country, Maldives imports massive quantities of food, a long journey which relies on energy from burning fossil fuels.

Yala was inspired towards a more eco-conscious life by her love for Maldives’ famous coral reefs. A cornerstone of the national economy, coral reefs are one of the most valuable and diverse ecosystems on earth. Unfortunately, due to the warming ocean temperatures, well over 60 per cent of Maldivian reefs have been hit by bleaching which causes the corals to die, thus affecting the entire ecosystem that relies on the corals.

Kudafari island is on a mission to instigate change in Maldives through example. People have planted trees along the harbour, restored coastal vegetation, promoted bicycle usage and installed solar panels – all part of efforts to become the country’s first zero-waste island.

Ali Shameem heads Kudafari local council.  While forming the council committee, he understood the necessity of allocating seats for the community’s youth.

“Young people can be the leaders who inspire this movement,” said Shameem. “They are the solution to the global climate crisis. Today’s generation have mastered the art of spreading the word, so imagine if you took that connectivity and directed it towards the single goal of preventing climate change.”

Right now, in the Maldives and around the world, climate change threatens children more than anyone else. However, too many young people hesitate to raise their voices, according to Climate Advocate Aisha Niyaz.

“In Maldives, young people and adolescents who have raised their voices (about climate change) have faced harassment and repercussions,” said Niyaz.

“As a result, many are not comfortable to speak out.”

Niyaz says there is a disconnect between older and younger generations on the issue of climate change, but that children need to take charge as it is their future.

“Don’t let anyone get to you,” she says. “Kids like (youth climate activist) Greta Thunberg have proved that one person, no matter how young, can make a huge difference.”

Maldives is already experiencing the impacts of climate change first-hand. Islands are losing their coastlines. Erratic weather patterns lead to damaged crops and islands needing emergency drinking water supplied to them. Sea surges and storms cause frequent floods that hinder children from going to school and disrupt economic activities in different islands.

Although the topic of climate change is often referred to in future tense, its effects are already happening in the Maldives, and very visibly so. We are already living this terrible phenomenon. Young people whose futures depend on our actions know that immediate changes are required before we reach the point of no return. 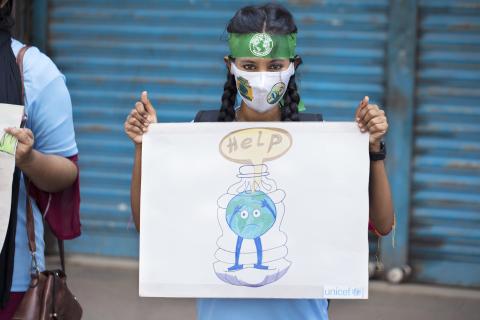 The world we want to leave behind for our children 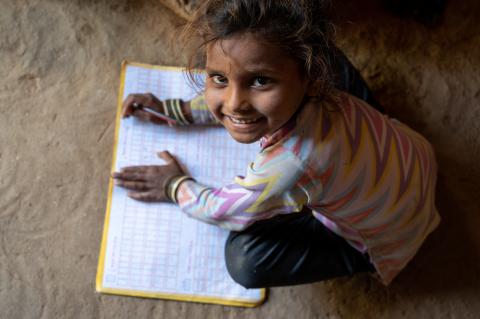 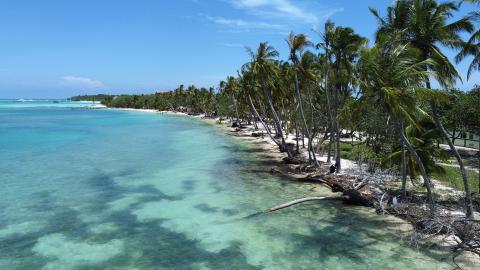 Notes from a disappearing island 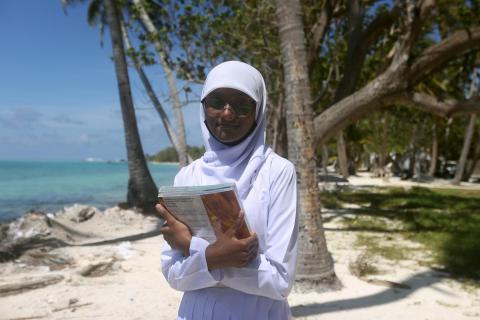 Wading to school in Maldives

Climate change is already having a major impact on the islands, including the lives of the country’s children.