Opening up to the mental health needs of youth

Eighteen-year-old Meena has been fighting depression for the past two years. But it was only when she started talking about her condition that she discovered she was not alone.

“I realized I belong to a very big club of young people,” said Meena, adding: “But it’s only when mental illness is visible on a sufferer, that society doesn’t say “Just get over it”.

In Nepal, nearly 8,000 people commit suicide annually. The number rose to a peak during the first three months of the national lockdown when more than 2,000 suicides were recorded. Even these numbers are likely to be an underestimate because so many cases go unreported.

Adolescents are particularly prone to mental health problems, especially in Nepal, where one-third are affected. The rate of suicide among females is much higher than that among males due to the patriarchal norms, gender discrimination and misogyny that is still prevalent in our conservative society.

The suffering caused by mental illness is influenced by many factors. Mental health has traditionally been a secretive topic in our society, where it is seen as a cause for stigma and shame. To many people, mental illness is the result of possession by a spirit, black magic or divine punishment. Sufferers typically seek out traditional healers as a first source of help and treatment.

Caught up by the pressures of modern living, young people are very often prey to depression, anxiety and other mental health conditions. There are evident cases of substance abuse and digital addiction among young people around us. I can say this looking at how the people around me have been grasped by the internet world that their lives happen to completely revolve around it. During the pandemic young people have been separated from their friends who are often the most important people in their lives. They have missed out on big moments of their teen lives. They are living with fear of contracting the virus but also find themselves targeted by misinformation circulating on social media.

Without parental monitoring or other limits on their daily activities, many young people overindulge in social media and suffer sleeping problems as a result. As the pandemic worsened, more and more had to cope with the trauma of losing close friends and relatives to the virus, making it even harder for them to resume their normal lives. Children and adolescents who were already suffering from mental health issues prior to the pandemic have seen their condition worsen.

Despite the extent of these problems, less than 1 per cent of the national health budget is allocated to mental health services. There is a severe shortage of psychiatrists, psychologists and other mental health specialists. Of the limited facilities available, just one of them is dedicated to treating children and adolescents. Eighty per cent of existing services are accessible only to people living in urban areas.

In order to help young people safeguard their mental well-being, mental health education should be incorporated in the school curriculum. Regular awareness programs are badly needed. Workouts and meditation should become a daily part of children’s daily lives. Parents need guidance for appropriate parenting at home. It must be made easier for them to reach out to specialists whenever they are needed.

Young people’s voices need to be heard to understand their mental health issues and to tackle them in an effective manner. The resumption of normal schooling will make a huge difference, and allow children to begin living their lives to the full again.

By Shitanshu Dhakal, medical student and the co-founder of Team Aarogya, Nepal. 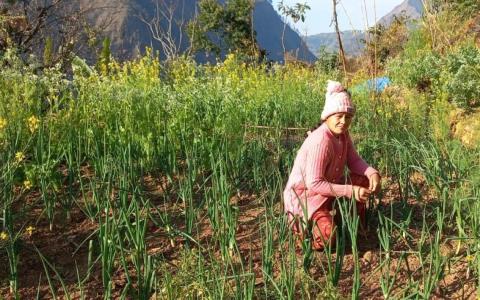 In Nepal’s far west, women oriented on the harms of chemical fertilizers on environment and health are helping boost climate resilience in their communities 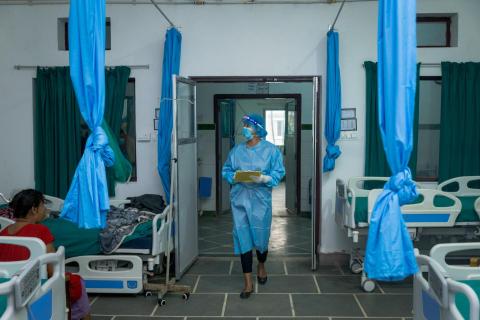 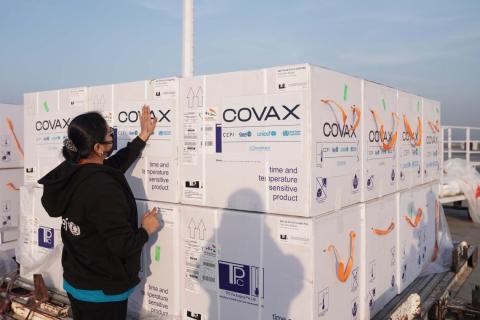 Walk-in coolers provided by the COVAX Facility are helping..

To support Nepal in expanding and improving its vaccine storage capacity, ten walk-in coolers have recently been delivered to the Government... 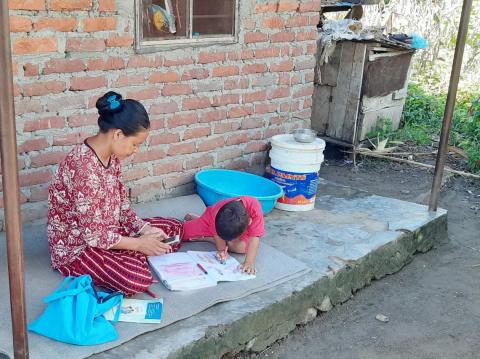 Despite school closures owing to COVID-19, a little boy in western Nepal was able to learn at home with help from his aunt