The ‘Amrit Kosh’, the first human milk bank in Nepal, is creating links between mothers around the country in a labour of love to bring the benefits of breastmilk to children who need it the most

Kathmandu, Nepal - The air is punctuated only by the occasional beeps and whirs of machinery, and the softest of breaths coming from the little cots lining the room. This is the Newborn Intensive Care Unit (NICU) at the Paropakar Maternity and Women’s Hospital in Kathmandu, Nepal, where preterm, critically-ill and other at-risk babies are being given round-the-clock care.

Until just a week ago, that included Sunita Rai’s little boy. Sunita, originally from Khotang District in eastern Nepal, had given birth just seven months into her pregnancy. The child was underweight and visibly weak, and to make matters worse, Sunita found that she wasn’t lactating properly.

“I wasn’t able to breastfeed him. I wasn’t producing enough milk,” she says.

However, upon consulting with healthworkers at Paropakar, Sunita was presented with a unique opportunity: a chance to feed her child breastmilk stored at the hospital’s newly-launched human milk bank, the ‘Amrit Kosh’. Sunita happily accepted, and from that point on, the little boy was given breastmilk collected from donor mothers. His health improved steadily, and soon, he was moved out of the Newborn Intensive Care Unit and into the Kangaroo Mother Care Unit with his parents, before being entirely discharged from the hospital.

For Sunita, the biggest feeling is relief.

“If we hadn’t found the milk bank, my child would have never recovered his health,” she says. “If I have a second child and excess breastmilk, I want to donate to the bank, too.”

A first for Nepal

The ‘Amrit Kosh' has the facility to collect, pasteurize, test and store safe donor human milk from lactating mothers and provide it to infants in need. The centre was established by the Government of Nepal’s Ministry of Health and Population in partnership with the European Union and UNICEF, and is the very first of its kind in the country.

“Because breastmilk is like nectar or ‘Amrit’ for newborns, we’ve given the facility the name ‘Amrit Kosh’ (nectar bank),” says Dr. Kalpana Subedi, Chief Consultant Paediatrician at the Government of Nepal's Ministry of Health and Population and head of the Department of Neonatology at Paropakar.

“Rest assured that the breastmilk is healthy and safe –and free of cost.”

Dr. Kalpana details the process whereby the milk is collected, stored and dispensed by the ‘Amrit Kosh’. This starts with in-depth counselling for the donating mothers, who – once they have provided written informed consent – are then questioned about their medical history, and tested and screened for any transmissible diseases or other conditions. Once they have been cleared, they are then guided by healthworkers to express their milk using the manual and electric pumps that are available in the collection room.

“The collected milk is refrigerated and pasteurized in our lab, and tested for any bacterial growth, before it is provided to infants on the basis of a doctor’s prescription,” Dr. Kalpana explains.

The service offered by the ‘Amrit Kosh’, according to the paediatrician, is crucial in saving the lives of children who are unable to access their own mothers’ milk, particularly in the cases of preterm babies whose mothers might not have started to lactate properly, or where the children themselves might be too weak to feed.

“These children are already at high risk of health issues. Giving them formula milk will only reduce their immunity against diseases, and could potentially cause swelling or perforation in the intestines,” she warns.

Testament to a mother’s love

Basanti Magranti is among the over 45 mothers who have been donating their breastmilk to the facility in the three months since it first became operational. Basanti’s own baby boy had been born a month before his due date and was not breastfeeding well. The young mother had come to Paroparkar to seek help, and had been guided in expressing her milk. However, Basanti quickly began to lactate too heavily, far more than her own child would need.

Rather than discard the excess milk, she decided she would donate it to the milk bank at the hospital.

“There are babies who are sick and suffering because they can’t drink their mother’s milk,” she says. “I thought, my milk would be better for these babies than powdered formula milk.”

While her child continues to be treated in the Newborn Intensive Care Unit, Basanti has been going to the collection room and expressing milk two to three times a day. “If you’re a mother and you don’t have an illness, you’re healthy and fit, and you’re able to provide milk for other children, it’s better to donate the milk instead of throwing it away,” she says.

Smriti Poudel, the manager of Paropakar’s Comprehensive Lactation Management Centre (CLMC) – under which the ‘Amrit Kosh’ was established – say it is this kind of attitude and generosity of spirit on the part of both donating and receiving mothers that makes her proud to be associated with the initiative.

Smriti admits that there had been some initial doubts about mothers’ acceptance of the milk bank, whether the cultural context and prevailing beliefs would have an impact.

However, the more she and colleagues participated in trainings and interacted with all kinds of mothers, the more confident they grew that the milk bank was a welcome idea. “We didn’t see that kind of adverse response,” she says.

For Smriti, this is a true testament to the power of a mother’s love, and the bonds it can create across perceived boundaries.

“To get to discharge happy mothers and healthy children from the hospital, or even to move them from the Intensive Care Unit to a less complicated setting – there is a great deal of satisfaction in that,” she says. 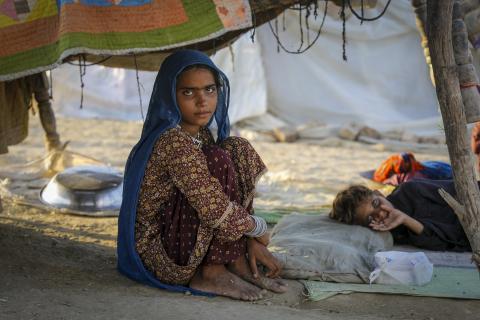 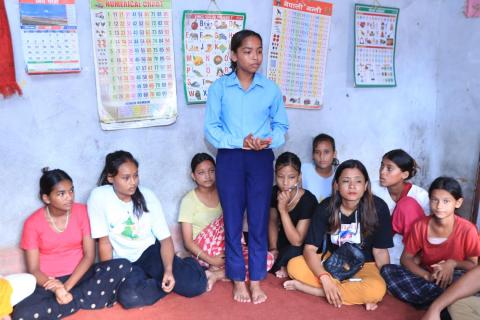 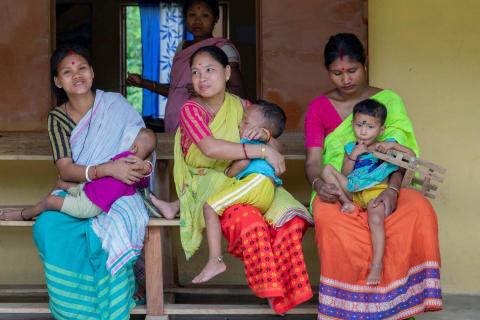 Flood-hit women get a safe corner to feed their babies 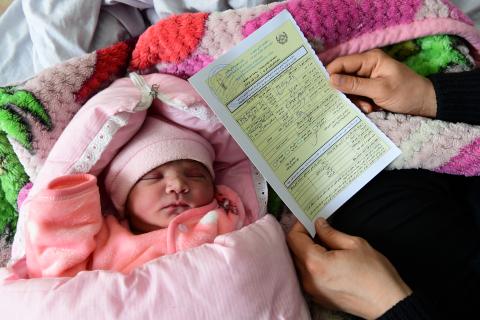 Giving your child the best start to life