From the market to the classroom: Pakistani youth get a second chance at education

Nearly half of all school-aged children in Pakistan have either never been to school or dropped out. Non-formal education centres are changing that.

QUETTA, Pakistan, 14 November 2018 – Fourteen-year-old Safeerullah Khan’s day usually starts before the sun even rises. After saying his morning prayers, Safeerullah puts on his worn-out running shoes and jogs to the main road to catch a ride on one of the many commercial vans speeding to Quetta’s biggest fruit market.

Quetta, the capital of Pakistan’s Balochistan province, is famous for its fruit. Around daybreak, trucks from around the province arrive at the market, where thousands of people – including some children – try to earn a living. Fruit and vegetable cartons are offloaded, counted and strengthened with metal strips before they are sold to local fruit vendors.

Safeerullah might barely be in his teens, but he has already seen how hard life can be. His father died four years ago, leaving behind a mother and eight children. The family live in a modest two-room house in a poor neighbourhood, and neither Safeerullah nor any of his siblings have attended a regular school. Indeed, since his father’s death, Safeerullah and his older brother have become the family breadwinners.

“I always wanted to go to school but my parents wanted me to work in the fruit and vegetable market with my father and older brother,” Safeerullah says. “After my father’s death, I didn’t have a choice.”

Getting children back in school

Safeerullah is far from alone. Around 23 million school-aged children in Pakistan have either never been to school or dropped out – that’s half of all children in the country. With that in mind, UNICEF has been helping Pakistan’s government get more children into schools through non-formal education centres.

Safeerullah is one of those children being given a second chance. Having never attended school, he was unable to enrol in the regular education system. But a teacher visiting the family suggested that the non-formal education centres could be an option for Safeerullah as they are free to attend and offer flexible hours. The classes themselves follow an accelerated curriculum specifically aimed at helping children who haven’t attended school catch up with their schooling and eventually join the mainstream education system.

UNICEF currently supports around 400 non-formal education centres across Pakistan thanks to funding from the Japan International Cooperation Agency (JICA). The centres have so far helped some 15,000 children project in Balochistan alone.

“I always wanted to go to school but my parents wanted me to work in the fruit and vegetable market with my father and older brother... After my father’s death, I didn’t have a choice."

But getting young people like Safeerullah to attend the centres isn’t always easy.

“Many children aren’t in school because their families are poor or don’t necessarily understand the value of education,” says Raheela Jabeen, the teacher who visited Safeerullah’s family. “This is a conservative society, and it isn’t easy to persuade parents to send their children, especially girls, to the centre.”

Each day, Raheela teaches at the non-formal education centre in Ittehad Colony, where Safeerullah studies. After classes, she visits local families whose children do not go to school to encourage them to send their children to the centres.

“Every day, I go door-to-door and explain to parents why it is important for their children to be studying. This is how I discovered Safeerullah and many others who are now attending the centres.”

Adding up to success

Raheela says that Safeerullah has a gift for mathematics, and will soon graduate from primary education. And he is already finding that his hard work at school is starting to pay off at the market.

“I used to earn about 300 to 400 rupees (USD $2.5 to 3) a day by strengthening the fruit cartons and loading them into vans,” Safeerullah says. “Now that I understand math, I can also number the cartons and make an inventory. Now I’m earning twice as much as before!”

Safeerullah plans to continue studying in secondary school, where a double shift system should allow him to attend classes in the afternoon. His mother, meanwhile, no longer objects to him studying as she has seen how it is helping the family.

Safeerullah suggests that it’s not just his mother who has been won over by his studying – he says he has become something of a role model for his peers, too.

“Some of the boys who work with me were impressed how well I can read and write, and how it helped me earn more money,” Safeerullah says. “So they’ve started enrolling at the centre as well.” 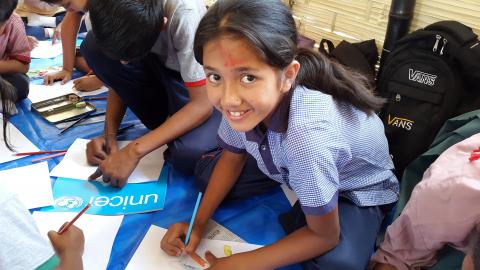 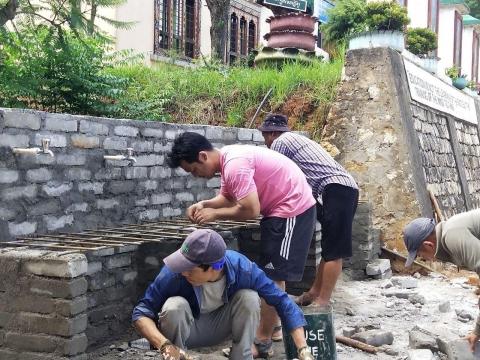 To construct handwashing stations for the students...

Khuruthang, Punakha: While schools across the country remain closed due to the COVID-19 pandemic scare, teachers in Punakha have been going to school... 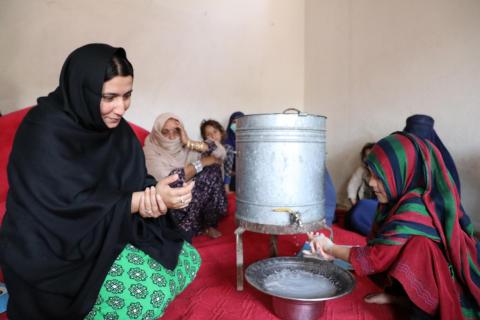 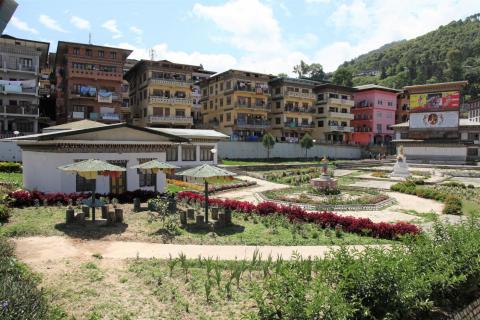 Mongar: “This is the first time I am meeting my friends since the youth centre closed,” says Deki Tshomo. “The pandemic has disrupted communications,”...