In India and around the world, every child deserves a healthy start

The UN Convention on the Rights of the Child: Article 6 – the right to life, survival and development

Madya Pradesh, India – On July 24, 2019, five-month-old Akansha was admitted to a nutritional treatment centre in the Shivpuri District of Central India. Ankansha weighed just 3.69 kilograms, half the average weight for most children her age.

On a visit to Akansha’s village, a government health worker noticed the baby’s small size and longstanding infection. Akansha’s condition was not new to the health worker: in India, 45 percent of infants like Akansha are not exclusively breastfed in their first six months of life, and more than half of infants age six to nine months do not receive complementary foods in addition to their mother’s milk. The void of such practices contribute to children’s malnutrition countrywide.

Soon after being identified, Akansha was transferred to a nutritional rehabilitation centre established by the National Health Mission of the Government of India. At the centre, Akansha’s mother, Pooja, was taught to feed Akansha nutritious foods that were locally available. Pooja also learned about the importance of breastfeeding, and the need to continue feeding Akansha breastmilk until she reaches two years of age.

Though every child has the right to life, throughout the world, countless children like Akansha are too close to falling through the cracks. Geetha, a feeding instructor at Akansha’s centre, said that malnutrition is a major problem throughout the state of Madhya Pradesh. From 2018-2019, the area’s 315 nutritional rehabilitation centres treated more than 55,555 children under five years of age.

"Widespread malnutrition is a result of poor infant feeding practices, a lack of early breastfeeding, and low birth spacing between children."

Preventing malnutrition in the first 1,000 days of a young child’s life through optimizing care and feeding practices is essential to preventing chronic malnutrition in the form of stunting – low height-for-age. When a child becomes stunted, it signals that they have been deprived of nutrients for linear growth and for the growth of essential organs, including the brain.

If Akansha’s malnutrition was not addressed, her stunting would cause damage that would last her a lifetime. Stunting not only increases the risk of dying from childhood illnesses but impairs cognitive development, lowers educational performance and reduces the likelihood in adulthood of earning a decent wage. Despite significant progress in India, 38.4% of children remain stunted in the country.

30 years ago, almost every country in the world signed the Convention of the Rights of the Child, the most widely ratified human rights treaty in history. As part of its mandate, the Convention urges all states to ensure the survival of their children. Though nutritional treatment centres are part of the Indian state’s efforts toward achieving these rights, more must be done to equip caregivers with the skills they need to support their children. Because every child – no matter who they are or where they are from – has the right to survive childhood, grow up healthy and thrive. 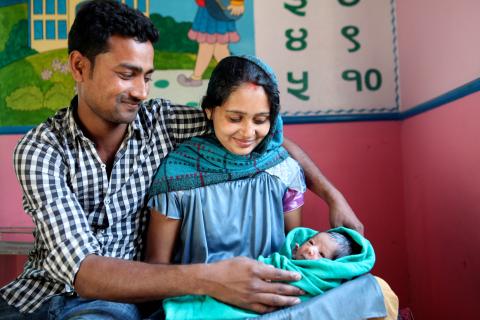 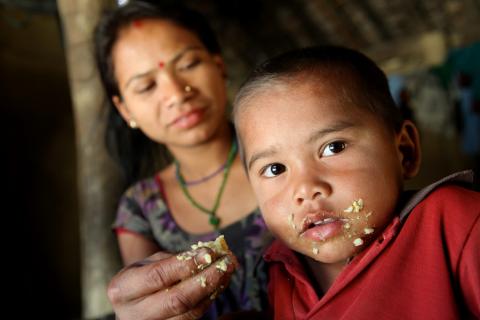 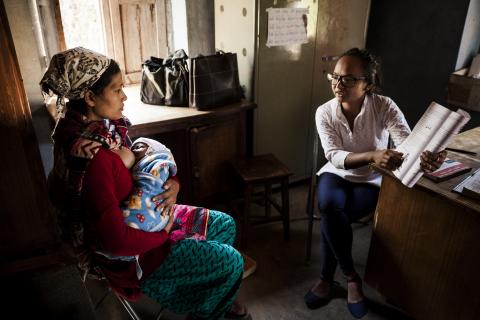 Every stillborn baby is a tragedy. A vast majority of stillbirths can be prevented through a strong primary health care system.