Yusif is the change

With Roma and Pakistani roots, this Romanian adolescent is ready to give his voice to minority rights. The UNICEF-supported Romanian Children’s Board welcomes him.

ROMANIA, Bucharest, 8 April 2022 - One in five Romanian citizens is a child, just as one in five Europeans is a child. But European studies show we have much to improve in hearing the voice of children, especially of the most vulnerable, such as the Roma.

The Romanian Children’s Board is an informal group supported by UNICEF and entirely run by children to promote child participation in decision-making that affects them, give them a voice publicly, and encourage diversity. On April 8, International Roma Day, UNICEF invites you to discover the stories of two Roma children, now admitted to the Romanian Children’s Board. One of them is Yusif.

Although only 15 years old, Yusif acts like a very serious young man. Only after he has exhausted his thoughts on education, changing the public perception of Roma culture, and political philosophy will he say he also likes Korean dramas. Perhaps because since kindergarten, Yusif has been feeling that others saw him differently, and it made him want to change things. One of his top priorities is education.

“I want the new generations of Roma children to change their perspective on education. For their own development, but also to increase acceptance. We can get rid of this perception that the Roma are not educated exactly through education,” says Yusif. He was surprised when many Roma children in his neighborhood in Braila dropped out of school and their parents did not react. “Perhaps that is how they were raised themselves,” says Yusif, who has always enjoyed the support of his family to continue his studies.

Education runs deep in Yusif’s family. His mother and father hold graduate degrees. His maternal grandmother, Mita, with whom Yusif had a deep bond, graduated from secondary school. It was her personal example of endurance that motivated Yusif to make the Roma culture known beyond prejudice.

Mita worked as a welder but knew how to heal with medicinal plants. She also observed Roma traditions, some of which she passed on to her daughters, and even to her grandson. Above all, Yusif was touched by how resilient his grandmother was, always protecting her family in spite of discrimination and poverty.

“My grandmother talked to me about Roma culture. My mother silently directed me away from it, to protect me, because she knew I would be discriminated against. I resonate with my grandmother and I want to transform this prejudice into appreciation. I can do that through projects,” says Yusif, now a member of the Romanian Children’s Board.

Yusif has already met with Diana, already on the Board as of last year, and his new buddy. The body unites 40 children aged 11 to 18 from all over Romania. She explained a bit about how the Board works, and how children come up with the next priorities. Until now, they have contributed to the national strategy on child protection and child rights, encouraged vaccination, and worked to raise awareness on mental health in the pandemic, media literacy, and the importance of making the right to child participation a reality across the European Union.

The new board meets for the first time, online, on April 13 to welcome its new members and start planning the year ahead. It will be a great experience for Yusif, already a debater in ARDOR, The Romanian Association for Debate, Public Speaking, and Rhetoric. His referee recommended books on political philosophy and he was hooked ever since.

“The best way to change things is to learn how systems function, their infrastructure, and to have the certification for it,” says Yusif, who plans to study political and philosophical studies, start a law practice and then become a politician.

“I have a passion to debate ideas, to make my ideas known, and have the bigger picture.” Luckily, the Romanian Children’s Board was built just for that. The motto of the board says “nothing about children, without children”, just as the motto of the international Roma community says “nothing about us, without us.” Yusif is now one of the children where these two worlds meet, and, hopefully, expand.

Children's Board, in the Senate: „Education is not about us,

Every child is the window to a better, safer and more prosperous future for this country. 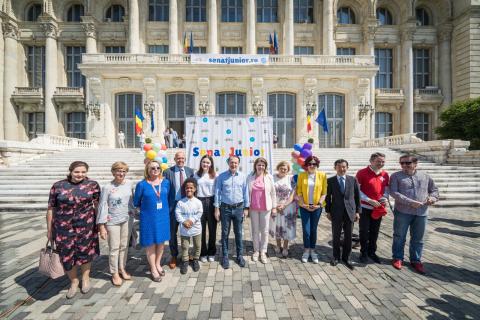 On June 1, the Romanian Senate reopens its doors for all children and encourages their participation 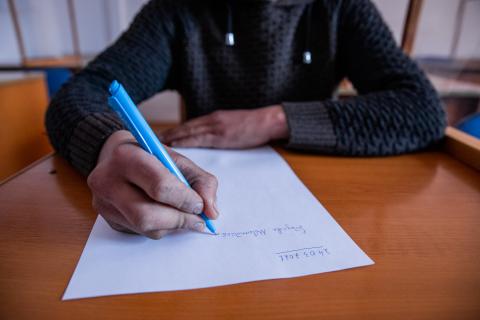 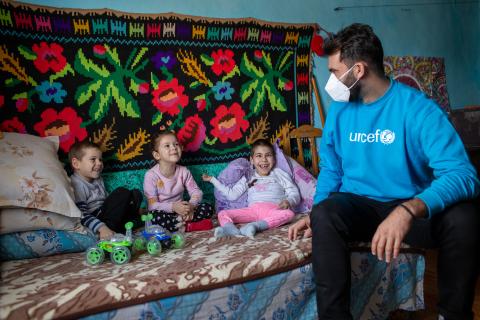 A story about the life of vulnerable children in Romania