A young refugee want to travel the world for sport, not war

Calm and polite, 9-year-old Vova assures us he knows exactly what he wants to be when he grows up. He will become a professional hockey player, with a successful career that will allow him to travel the world, from Europe to America and Canada.

We have met him at the UNICEF Blue Dot hub in Brasov, playing a video game with other boys his age, friends he’s made here, in this small community of Ukrainian refugees. Many are from Odessa, like him and his family. “Hockey is a beautiful sport, it requires a lot of effort and concentration, it’s hard, but it makes you healthy and it can provide you a good future,” he explains.

He is living now in the mountains, in Busteni, together with his mother and his younger sister, and enjoys the nature around them and the old city. “But Odessa is also a very beautiful city, and the region also, by the sea,” he added with a sad voice.

This fall, he’ll start fifth grade and he likes school, even math - which he thinks will be helpful even in sports. “You need intelligence in sports.” Many of his teachers and colleagues are spread around different countries now. One colleague is in Bucharest, for example. Some stayed in Odessa.

He likes Romania, because people are warm and friendly, he assures us, and also because the internet is good here, even  the wi-fi networks in the city. “Maybe we’ll also have lots of good and free public wi-fi networks, when we get back to Ukraine.”

He comes often at the CATTIA Blue Dot, with his mother, to see other kids, to play and to socialize. He likes that it’s peaceful here. “Odessa is a lot more agitated, there’s more traffic, so I like how quiet and nice this place is.”

He’s now trying to learn English, sometimes even helping other kids learn it. “I made a lot of friends here at the center”, says Vova. He even found other boys that also like hockey.

The Blue Dot at the CATTIA center in Brasov provided shelter and support for thousands of families of Ukrainian refugees. The UNICEF Blue Dots are dedicated refugee children and family support hubs and represent an integrated model that provides support for the most immediate needs of children and women, and include child friendly areas. Among the services provided are travel information and counseling for refugees; registration of the most vulnerable; spaces dedicated to mothers and babies/young children; psychological therapy; first aid on hygiene, health and nutrition; basic legal advice; referral services for cases of violence or health conditions, etc. At the Blue Dots, families can be provided with blankets, warm clothes, sanitary kits, toys, hygiene products and baby food. 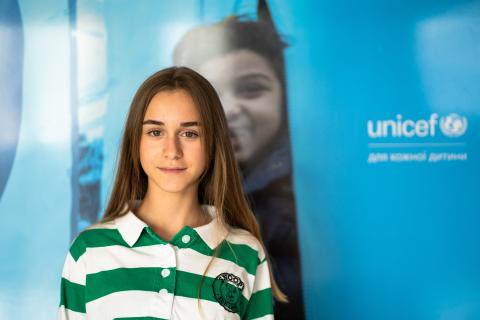 Feeling alone in a new country, Nastia started to volunteer at the CATTIA Blue Dot in Brasov, Romania, to find new friends and work for a good cause. Now, i 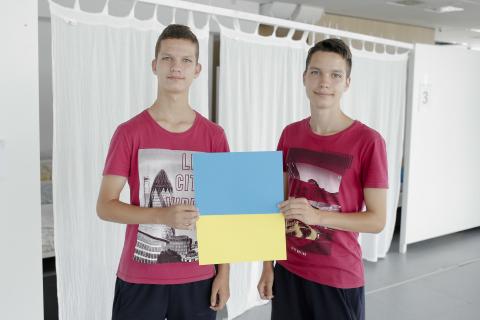 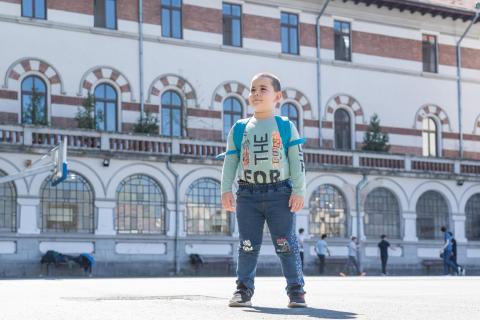 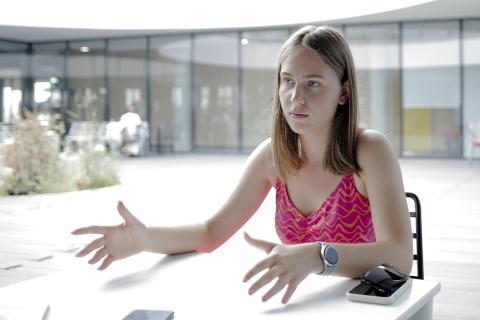