Some things or facts that matter are obvious. But there are also the seeds. They matter too, but their power can be seen over time. Just like many projects in which we are involved. It's all about persevering.

Ariana Ardelean is an ambitious and lively person. She also likes to think long-term. She wants to be part of the change and is aware the process behind it has more to do with horticulture than with magic or showbiz. "I've learned that many decisions and changes that appear on TV are just the tip of an iceberg. In the background there is often work, done constantly, over long periods." But she believes it pays off to get involved in social dialogue, as "each of us, through our personal experiences, the way we have grown and the knowledge we have gained, brings a unique contribution".

It was December 2018 when Ariana was selected as Romania's Junior Ambassador to the EU, in a project developed by the Ministry of Foreign Affairs (MFA), through the Minister-delegate for European Affairs, and UNICEF in Romania. In 2019, she applied for and received a seat on the Children's Board, an informal group supported by UNICEF in Romania, to encourage children's involvement and observance of their rights. She took these steps as a desire to fulfil a childhood dream of doing meaningful things for others. The UNICEF experience proved to be enriching and influential in her self-development. Today, when she talks about being involved, Ariana does so with maturity and realism.

Another project that was key to her expansion, which she talks about in depth, is the drafting of the Bucharest Declaration, a document where children asked European leaders to be consulted and involved in making decisions that impact their future.

While writing this paper, she understood that a person's lack of experience does not exclude the value of the opinions. "Experience, while important, is not mandatory. The drafting of the Bucharest Declaration put us in the same room with people with tremendous experience, but who sat down with us and listened to us seriously, as equals. No matter how young you are, you can bring something relevant to the table."

She also understood that we are all limited, and that the contribution of others is often key. "Working as a group means being thoughtful to protect each other and to express the position of the team, not of an individual, even if there were many powerful personalities on the drafting team." It's about understanding what applies to each other and accepting differences of opinion.

Endurance and tenacity are two other important lessons. Something done today may seem insignificant, but in time, it can produce significant changes. "We sometimes view certain projects as setbacks, with too little effect. But maybe what you left behind was just a footnote that will become relevant work, in time. Some projects take years to take shape and make lasting change."

She's felt that way many times in recent years. How can a bunch of children influence the decision-making of European leaders? Does it really matter what they write in that paper? Are they really able to convey issues that apply to all children? "Now I see the change, I see how the ideas discussed then have been taken up by decision-makers, are on the agenda, and all of this can be taken forward, maybe until we, the children of yesterday, get to be in positions similar to theirs and continue what we started."

Ariana is now dreaming of a future where we no longer evaluate ourselves only through social roles. "A child is also a human being, a person, just like a manager, a police officer or a firefighter. We are not just a social role, and everyone needs to be listened to equally."

Ariana grew up in this mindset, with parents treating her like a friend from an early age. Admittedly, it took more patience and time to explain, but the investment was well worth it. "It gave me the strength to be myself and the desire to articulate and fight for an idea." 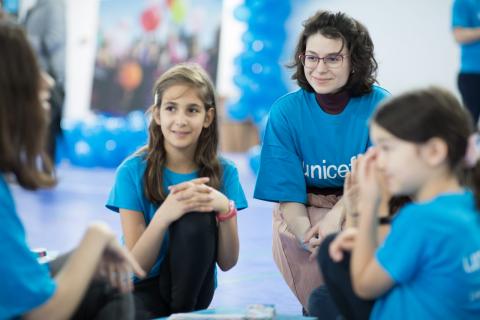 A letter to adolescents, celebrating the International Day of the Girl 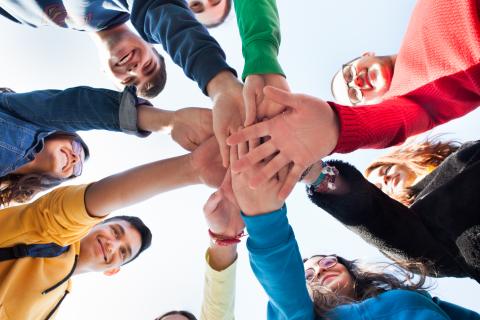 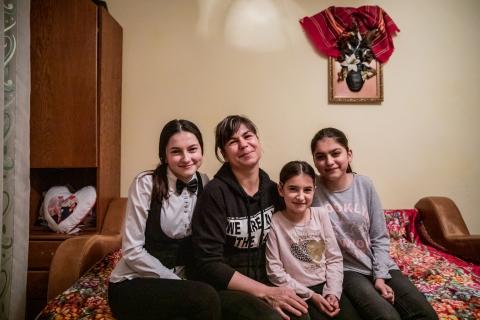