Emma arrived in Romania at Isaccea border crossing, together with her mother Yulia and her younger brother, born at the end of January

On Thursday, April 7, 2022, 5 years old Emma arrived in Romania at Isaccea border crossing – in the south east of the country - together with her mother Yulia and her younger brother, born at the end of January. Together with other tens of refugees, the three embarked on the ferry crossing the Danube from Orlivka, Ukraine after one day journey from Odessa.

The ferry takes only 15 minutes to cross from one pier to another. However, the crossing was slightly delayed by the wind creating strong waves which slowed the ship’s docking.

After the baby was born, Yulia moved to the countryside to stay safe, and they remained there for one month. “But three days ago, in our village, we saw fire, we saw bombs”, said Yulia. They decided to leave to the nearest border. From Romania, they will go to Germany, where Yulia has a brother living there, but they plan to return to Ukraine as soon as the war ends. “We have a home in Ukraine, we have a father, we have a mother in Ukraine”, said Yulia. Her parents live in the west of the country, in Ivano-Frankivsk. She also has a step brother in Lvov.

After having their papers checked by the border authorities, Yulia and her children found shelter and support at the Blue Dot that UNICEF and its partners set up in Isaccea. Especially for Emma, it was a beautiful day to spend her extraordinary energy together with many other children on the playground inside the Mother and child space, drawing or playing games, while Yulia and her baby could find some well-deserved respite after their tiring travel.

After energetically drawing on a piece of paper, Emma is happy to present all the elements in her scenery: ”This is the sun, this is the flower, this is a drop, and this, she says” – pointing to an unidentifiable part of the drawing – “is just a… kaliaki maliaki”, just a doodle.

In the afternoon, after almost a full day spent at the Blue Dot in Isaccea, Emma, her brother and their mother Yulia got on the bus that will take them to Bucharest. From were they will go to Germany and to a new life in safety and away from the ongoing war that has ravaged so many lives. Hopefully they will return soon to their homes and their loved ones. 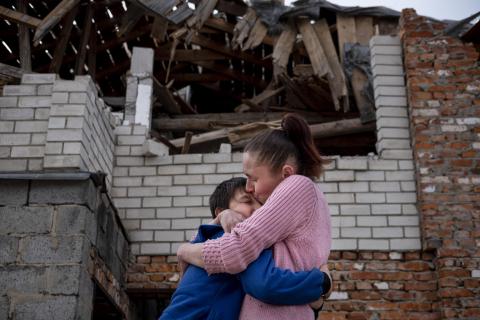 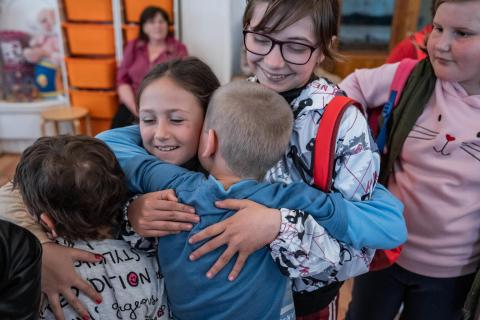 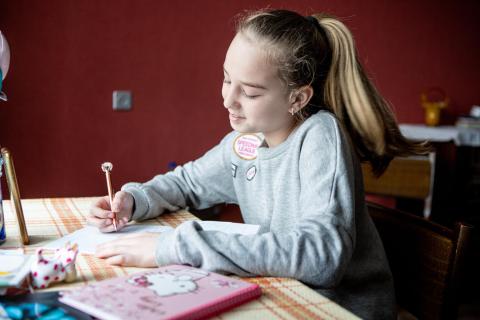 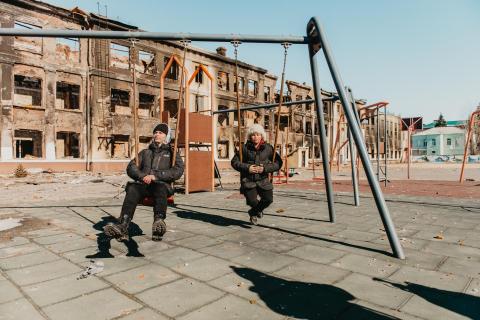 In Ukraine, where hundreds of schools have been damaged or destroyed by the ongoing violence, attacks on civilian areas are endangering children’s lives and