The televised debate on children's and young people's issues, organized by UNICEF and Save the Children 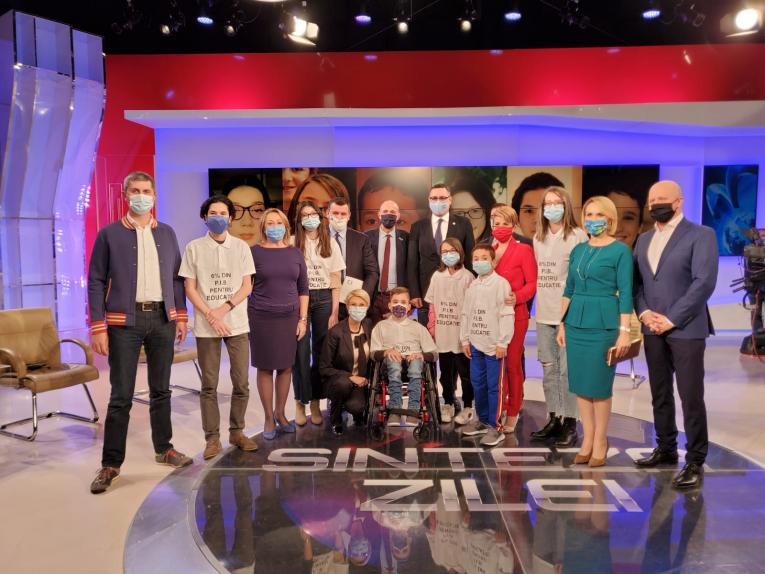 Bucharest, November 13, 2020. With less than a month before the parliamentary elections and one week before the World Children’s Day, celebrated worldwide on November 20th, UNICEF and Save the Children organized a televised debate in which children asked questions to the leaders of the political parties in Romania about the problems that they face.

The special edition of the Sinteza zilei, broadcast live on Thursday evening on Antena 3, had as young guests Corina, Antonio, Rareș, Sophia, Loreema and Sebastian. The six children and teenagers asked politicians what solutions they propose for urgent issues that concern them, in the context of the COVID-19 pandemic and the December parliamentary elections.

Involved in volunteer activities and members of the UNICEF supported Children's Board, , Rareș (12 years old), Sophia (17 years old) and Sebastian (17 years old) teamed up with Antonio (10 years old), Corina (11 years old) and Loreema (16 years old), volunteers and participants in the socio-educational programs of  Save the Children organization, and talked the problems encountered by the children, especially in this period of crisis.

Statements made by politicians to the questions asked by children:

The conclusions of the meeting were drawn by Sebastian, who stated that "it would have been more constructive if we had heard some real implementation strategies". "I want all the issues we discussed tonight to be resolved in the four-year term you may get and that in four years we will not be here, asking the same questions," Sophia said, while Corina made the observation that: "I wanted to know if everything you told us about the measures you will take will really apply, because many measures have been taken so far in Romania and none have been applied."

The show, moderated by directors Adrian Ursu and Sabina Iosub, can be accessed here.

"We are at a critical juncture for the future of children. The crisis caused by the COVID-19 pandemic has effects that we are beginning to see now on children, but whose impact we will really feel in the coming months and years, if the necessary measures are not taken now", said Pieter Bult , the UNICEF representative in Romania. "Together with the Children's Board and the National Student Council, UNICEF has proposed 10 solutions to improve the situation of children in Romania, and this TV debate is an important step in transmitting children's messages to the politicians, especially in the context of the upcoming parliamentary elections. It is important that child rights be above politics and all parties that joined last night demonstrated this needed unity around children’s rights".

"The most vulnerable children are now in an even more difficult situation, due to the closure of schools and other restrictions imposed to fight the COVID-19 pandemic. Many children still do not have access to online education, and parents, forced to stay at home to care for them, are unable to earn a living", said Gabriela Alexandrescu, executive president of Save the Children Romania. "The political class must protect the education of children, otherwise we risk ending up with irreparable consequences for future generations. To this end, we invite them to find out what measures should be undertaken in the following period from the survey conducted by Save the Children with regards to the conditions for starting the school year".

About Save the Children România

For 30 years, Save the Children Romania has been creating social programmes, public policies and solid practices to the benefit of the child in Romania. Due to the expertise and complexity of its nationwide projects, the organisation is a key social institution, the role of which is to mediate between the society and the public authority, to the benefit of the child. In three decades of activity, Save the Children has actively participated in the society, identifying concrete solutions for protecting and supporting vulnerable children, while also advocating for viable collaboration with the decision-making authorities, to ensure the best interest of the child.

Save the Children took on the role of a vigilant supervisor of the public authorities, so that they implement long-lasting public policies that correct the causes which make the children vulnerable. Moreover, the organisation managed to create active networks of solidarity, by encouraging the social responsibility of companies and of society, at large.

As member of Save the Children Association, the world’s largest independent organisation that promotes children’s rights, includes 30 members and conducts programmes in more than 120 countries, our VISION is a world that respects each and every child’s right to survival, education, protection and participation, undertaking the MISSION of achieving significant progress on how children are treated and producing immediate and lasting change in their life. In 30 years of activity, more than 2,200,000 children were involved in the programmes and campaigns of Save the Children Romania.

Link Survey regarding the conditions for starting the school year 2020-2021 during the pandemic. 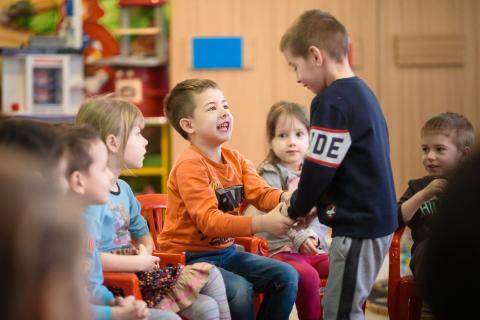 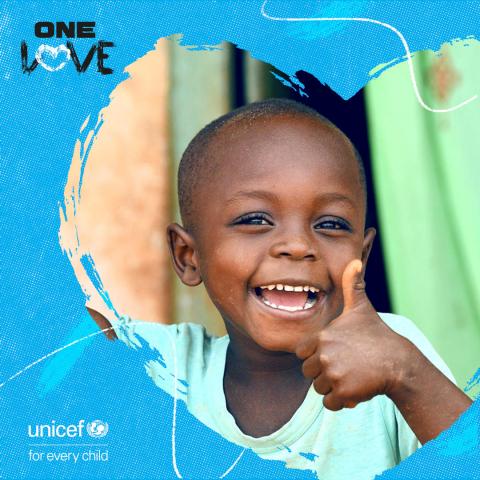