At 30 years since the adoption of the Convention on the Rights of the Child, UNICEF proposes/call for the creation of a Ministry for Children

The day before World Children's Day (November 20), UNICEF in Romania gave children the power in an event at the Gymnasium School Ferdinand I.

Bucharest, November 19, 2019 - The day before the World Children's Day (November 20) and to mark three decades since the adoption of the Convention on the Rights of the Child, UNICEF in Romania gave children the power in an event at Lower Secondary School Ferdinand I. 150 students aged between 9 and 12 discussed the child rights and illustrated them.

To mark the adoption of the Convention on the Rights of the Child, each year on November 20, UNICEF celebrates World Children's Day on a global level. This year, the date is extra special as we celebrate 30 years since the adoption of the Convention, the most internationally ratified human rights treaty. Children around the world will "take over" and will color the world in blue as a sign of child rights. In Romania, children will be invited on radio and television shows, but also online, where they will present news, discuss the rights of the child and express their opinions. Also, on the evening of November 20, the Palace of the Parliament, as well as other iconic buildings in Bucharest, will be lit in blue to draw attention to the importance of the rights of the child.

“30 years ago, when Romania was coming out of one of the darkest periods of its history, Romanian children were in the spotlight for the whole world. Since then, Romania has made significant progress, but there is still much to be done to protect the most vulnerable children from the old and new challenges we face in this century.

In 1990, the infant mortality rate was about 27%. Currently it is 6.4%, but the percentage is double the European average. The neonatal mortality rate has halved in the last decade, but remains the highest in the EU. In 1990, the maternal mortality rate was 83, and three years ago it fell below 10. The early school leaving rate dropped from 23% in 2002 to 16.4% in 2018, but the European Union average was 10, 6% last year. 400,000 children are still out of the education system and 40% of 15-year-olds hardly understand the text they read and hardly count.

„This critical situation warrants an urgent response and a collective effort is needed to put child rights higher on the list of political priorities. This could be done through the creation of an institution like a ministry or a special commission under the Prime Minister to coordinate interventions for children and secure the necessary resources for such interventions”, said Pieter Bult, UNICEF Representative in Romania.

Divided into groups of three-four, children and teenagers from the Ferdinand School drew lots of rights from the Convention, which they discussed with teachers, journalists and UNICEF representatives present at the meeting. Each group then illustrated the right discussed on the cardboard "bricks" that they then put together, building a symbolic wall of hope for children's rights with the message # for each child, all rights.

The host of the event, Andreea Marin, National Ambassador for UNICEF in Romania, spoke emotionally about the importance of respecting child rights in Romania and beyond.

"Nothing is more important to humanity than to ensure the right to a happy childhood for the little ones. Today's meeting is one of the rare times when children can be heard, they can directly tell adults how they see things and how they want to show their own future. Our obligation is to take care that the rights set out in the Convention will be fully implemented, to help millions of vulnerable children grow up happy and healthy, far from the suffering that is now troubling their childhood, "said Andreea Marin.

After the construction of the wall of hope, the event continued with discussions about the progress made over the last 30 years in terms of promoting and respecting children's rights. Ariana Ardelean, Alexandra Stoica, Rareș Voicu and Tudor Panait, members of the Romanian Children's Board and former Junior Ambassadors to the EU spoke about the priorities of the children and the means of action for all children to enjoy all the rights provided for in the Convention. He also took the floor and Mrs. Violeta Dascălu, the director of the educational institution that hosted the event. Ferdinand I School is one of the 250 schools in Romania that were part of the "School attendance initiative" run by UNICEF to prevent drop out and increase school attendance.

In the context of World Children's Day, on November 20-22, thousands of teachers and students from Romania will participate in the largest lesson in the world, a global initiative, which consists in organizing an hour of education on child rights. UNICEF has provided free resources to teachers and students to learn about the Convention on the Rights of the Child, World Children's Day and the 17 Sustainable Development Goals included in the 2030 Agenda: an indicative lesson plan, the Convention on the Rights of the Child in a format easily accessible to children, as well as a guide. Those who wish to register are asked to access the following link: www.qie.ro/drepturilecopilului. 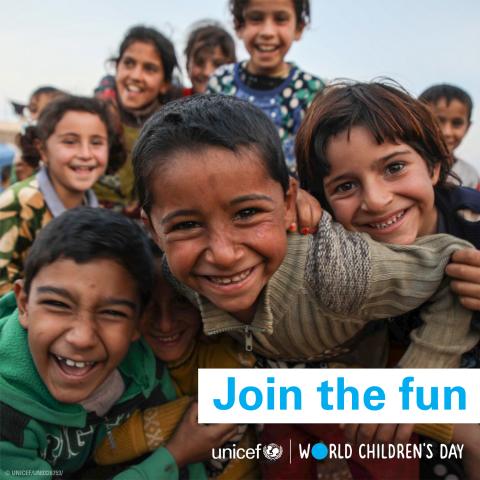 Convention on the Rights of the Child
Get the document 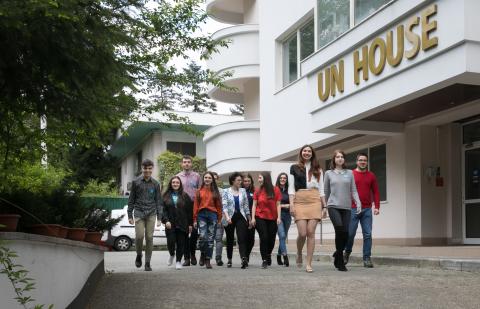