BANGKOK, 6 September 2016 – "UNICEF is deeply concerned about the continuing violence in Thailand’s restive southernmost provinces and its impact on children, including an explosion that killed a five-year-old girl and her father in Narathiwat Province this morning.

"According to media reports, a motorcycle bomb went off in front of an elementary school killing the five-year -old girl and her father while he was dropping her off at school this morning. The bomb also injured at least 10 people including teachers, other children’s parents, and police officers.

"UNICEF is shocked and saddened by this incident. Schools must be places of learning, discovery and recreation for children.

"No children, nor any caretakers or education professionals should live or learn under fear of such attacks. All schools must become safe havens.

"UNICEF calls upon all parties involved to do everything in their power to ensure that children are protected and no more children fall victim of violence." 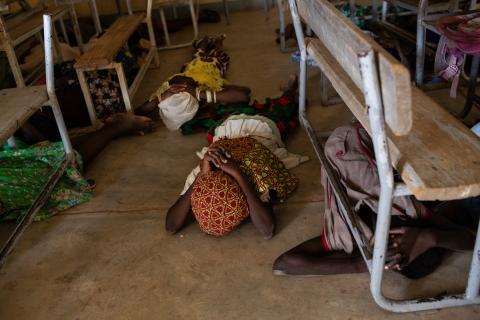 “No child should be buried in their school uniform”