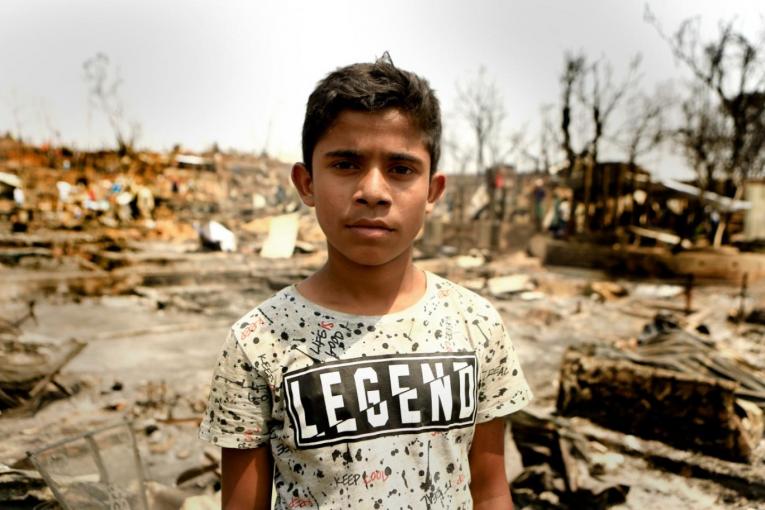 NEW YORK/DHAKA/COX’S BAZAR, 26 March 2021 – “UNICEF offers its deepest condolences to the families of Rohingya refugees killed and injured by the fire in Cox’s Bazar, Bangladesh, as well as to the 50,000 refugees – half of whom are children – displaced by the disaster.

“The fire, which quickly spread across four Rohingya refugee camps on March 22, is believed to have claimed the lives of at least 11 people, including 3 children.  Over 50 children remain separated from their families and 300 people are unaccounted for.

“As firefighters extinguish the last embers of the blaze, UNICEF teams are on the ground responding to the needs of children and families. Our teams have already reported that over 140 learning centres have been destroyed, while water supply and sanitation systems have sustained significant damage.

"Our most urgent priority is to ensure the safety and protection of affected children, in coordination with local authorities. UNICEF community volunteers are working to reunite separated children with their families and support relocation efforts for families whose shelters have been destroyed. UNICEF has also set up child-friendly spaces, providing hundreds of children with psychosocial support.

“UNICEF’s partners have also delivered emergency water, sanitation and hygiene supplies and water services to the camps. Our mobile medical teams are providing first aid support to people who have suffered burns, cuts and other injuries.

“This fire is only the latest tragedy to hit Rohingya refugees. It has now been almost four years since 725,000 people were forced to flee their homes in Myanmar, bringing with them tales of unspeakable horror.

“Amidst this latest round of displacement, UNICEF urges the international community to step up its funding support for their immediate as well as longer-term needs.

“UNICEF also renews its call on all relevant parties and governments to ensure a long-term solution where Rohingya children and their families should be able to live as full members of society in peace and harmony with their neighbours back at home in Myanmar.” 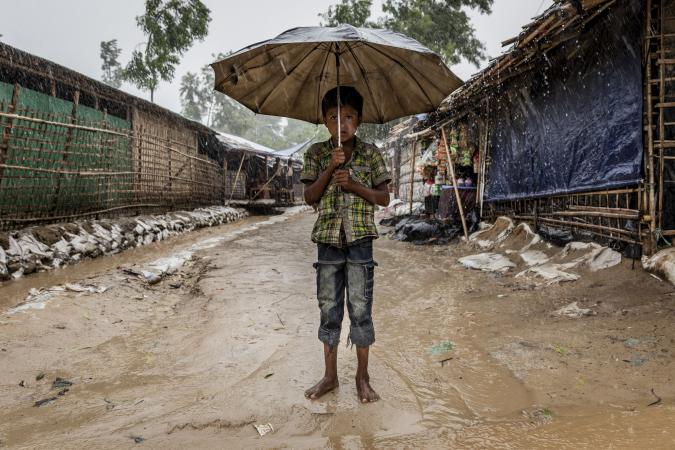