COX’S BAZAR, BANGLADESH, 27 July 2018 – Several days of heavy monsoon rainfall in the Rohingya refugee camps of southeastern Bangladesh pose a major threat to over 100,000 children living in them, UNICEF has warned.

The rain early this week caused landslides which killed five Bangladeshi children and injured several others in the district of Cox’s Bazar. The deaths highlight the danger facing Rohingya refugee children living in fragile and dangerous conditions in nearby camps, many of which are also susceptible to landslides.

As much as 463 mm of rain has fallen within a 24-hour period in Cox's Bazar earlier this week. UNICEF officials say that hundreds of refugee shelters have been damaged or destroyed, affecting at least 4,000 refugees including many children.

Even if the rain stops, the danger of landslides in the hilly refugee camps – which are home to one million people – remains as the water seeps into the ground and destabilizes it further. The sustained heavy rains of recent days are unlikely to abate as the monsoon season reaches its peak.

“The monsoon exacerbates all other challenges children face inside this humanitarian response," said Edouard Beigbeder, UNICEF’s Bangladesh Representative. "Normal conditions in the refugee camps are poor. Rohingya refugees live in cramped shelters, where risks to children's health and safety are high.”

“Besides damaging shelters and other facilities, the incessant rain floods roads and increases the risk of dangerous water borne diseases such as diarrhea and cholera. After reaching safety in Bangladesh, many refugees – including young people – are being forced to leave their homes for the second time due to the high risk of landslides and floods.”

Scores of facilities run by UNICEF and its partners including Learning Centres and Women and Child Friendly Spaces are at risk.

Humanitarian agencies have made contingency plans for the temporary evacuation of refugees. Alerts have also been issued to the Bangladeshi host population residing in hilly areas near the camps about the possibility of landslides.

UNICEF and its partners are providing tarpaulins and other supplies to reinforce its key programme activities such as Learning Centres to minimize the impact of the rain.

“We are also on the ground in the camps assessing the impact on UNICEF facilities to identify quickly any issues and resolve them so that children can keep learning through the monsoon season," UNICEF Emergency Field Coordinator Peta Barnes said.

Monsoon mitigation efforts have intensified in recent months. Humanitarian agencies have already relocated 36,000 of the highest-risk refugees to safer locations. However, the lack of available land for relocation presents a serious challenge.

Refugees like Anowara Begum, a 45-year-old mother of two, have few options other than to protect their shelters with their bare hands when the rains arrive.  She uses a shovel to divert the torrents of water outside her house in what seems like a futile battle against the elements.

“Sandbags and water from further up the hill often come sliding into my shelter whenever it rains heavily. I know that if the flooding doesn’t get me, there’s a strong possibility the landslides will.”

She says that one consolation is that her younger son can attend a learning centre run by UNICEF and its partners for six days a week. In Myanmar, many of the refugees had severely limited access to education and learning opportunities. 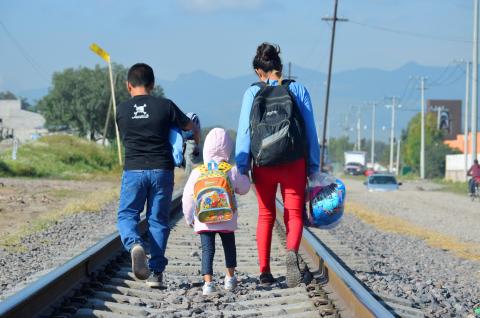 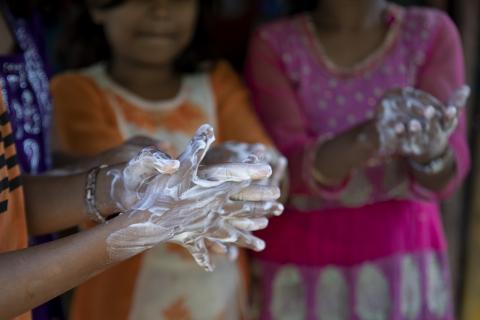 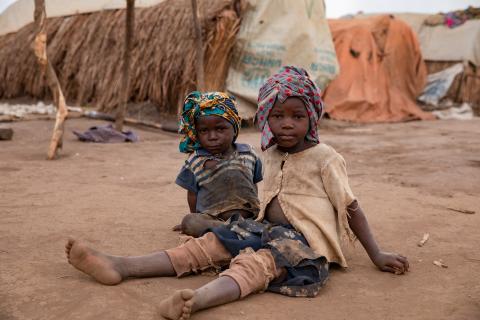 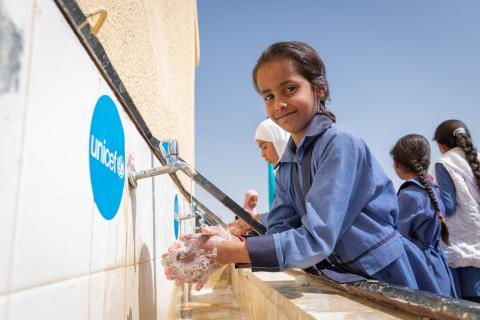 A global approach is the only way to fight COVID-19, the UN says as it launches humanitarian response plan
Visit the page