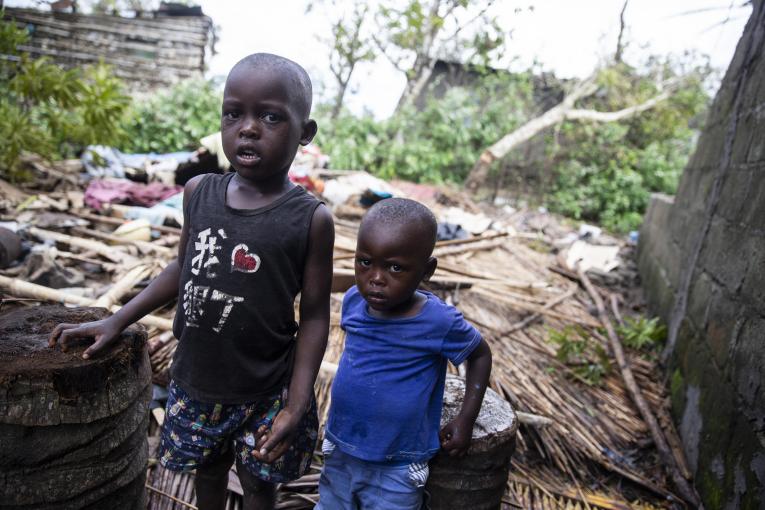 UNICEF/UN0291165/de Wet AFP-Services
Two brothers stand next to the rubble that used to be there house in Mozambique.

The needs in Mozambique remain massive, with 1 million children in need of assistance, followed by more than 443,000 in Malawi and 130,000 in Zimbabwe.

UNICEF has launched an appeal for US$122 million to support its humanitarian response for children and families affected by the storm and its aftermath, in Mozambique, Zimbabwe and Malawi over the next nine months.