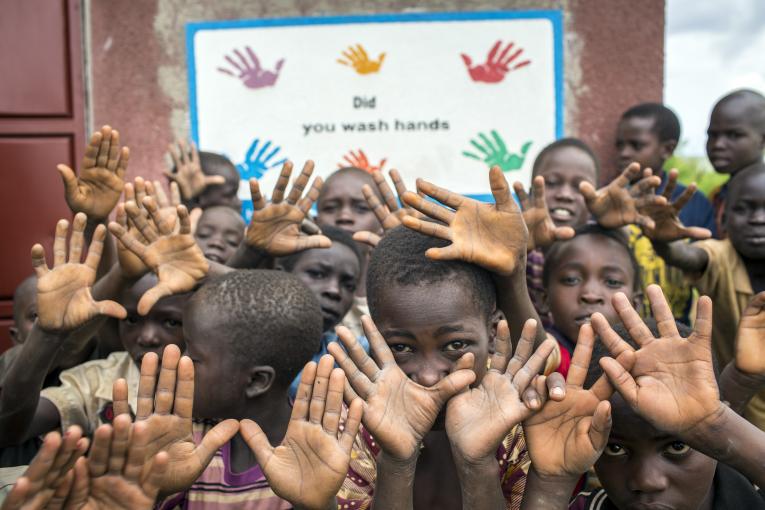 UNICEF/UN03212/Ose
Students in front of a sign promoting hand washing at an elementary school in Kiryandongo District, Uganda.

More than half a billion children live in countries where most child-related Sustainable Development Goal indicators are not measured.

Two years ago, with the launch of the Sustainable Development Goals, world leaders embarked on an ambitious agenda to give every child the best chance in life. However, in the first comprehensive assessment of progress toward achieving these goals, UNICEF has discovered alarming global data-deficiencies affecting a staggering 64 countries with a lack of information on how to meet and measure the goals.

“More than half the world’s children live in countries where we either can’t track their SDG progress, or, where we can, they are woefully off-track,” said Laurence Chandy, UNICEF Director for the Division of Data, Research and Policy. “Children around the world are counting on us – and we can’t even count all of them. The world must renew its commitment to attaining the SDGs, starting with renewing its commitment to measuring them.”

UNICEF is calling for a systematic and coordinated effort to ensure all countries have minimum data coverage for children, irrespective of their resources and capabilities. If the world is going to eradicate poverty, address climate change and build peaceful, inclusive societies for all by 2030, it starts with a clear picture of where we are and where we need to go.

Nine key facts on how the SDGs impact the lives of children:

Multimedia can be downloaded here