UNICEF racing against time to protect over 151,000 internally displaced children

BAGHDAD, 10 December 2018 -  As Nadia Murad, the Yazidi activist and survivor of gender-based violence is honoured with the Nobel Prize for Peace, UNICEF is calling attention to the plight of hundreds of thousands of internally displaced children in Iraq whose lives are threatened by freezing temperatures and floods that have affected large parts of the country.

This little one is wrapped up for the winter at a UNICEF-supported camp for Syrian refugees in Iraq.

“As the world celebrates Nadia Murad’s incredible story of survival and her work for human rights, let us remember that there are many vulnerable children in Iraq who still need our support, even if the worst of the violence may be over,” said Peter Hawkins, UNICEF Representative in Iraq.

Winters in Iraq are harsh. It rains and snows and temperatures can fall below zero in the northern part of the country, where a majority of Yazidi and other displaced children live. Most displaced families live below the poverty line, in dilapidated housing with poor heating, or in camps with little protection from the cold. It impossible to afford fuel for heating and winter clothing to keep their children warm.

“The devastating floods have made this winter even more difficult for displaced children who are extremely vulnerable to hypothermia and respiratory diseases. No child should be subjected to such risks. Every child deserves to be warm and healthy,” added Mr. Hawkins.

UNICEF’s winter campaign aims to reach the most vulnerable children aged between three months and 14 years living in camps for the internally displaced and in hard-to-reach areas. 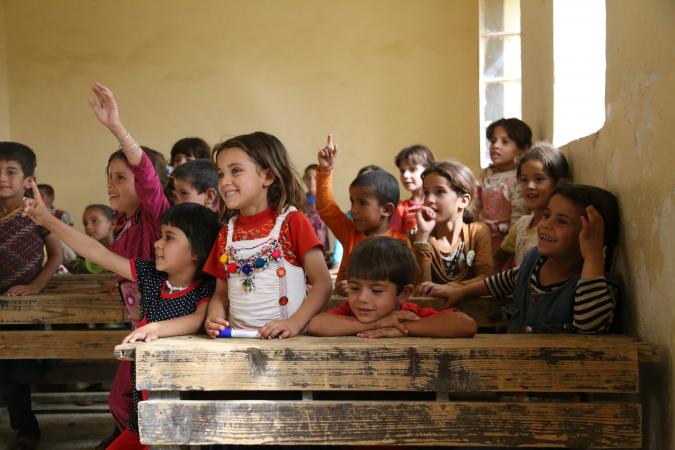 Digana, 6, is happy to be back in class at Teabat al Reah School in the Zumar sub-district of Ninewa Governorate, Iraq. 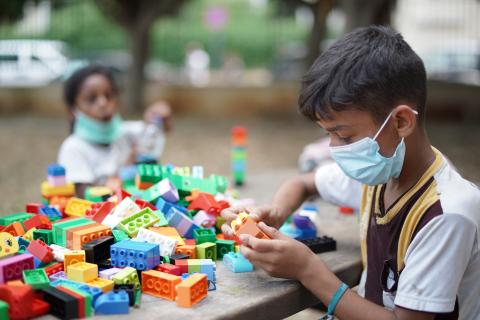 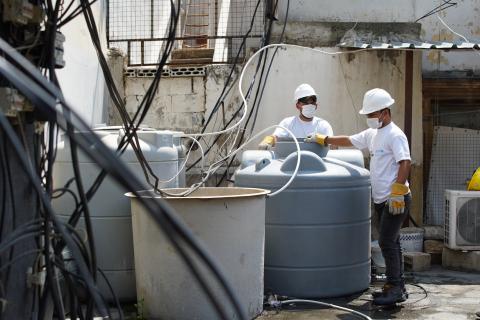