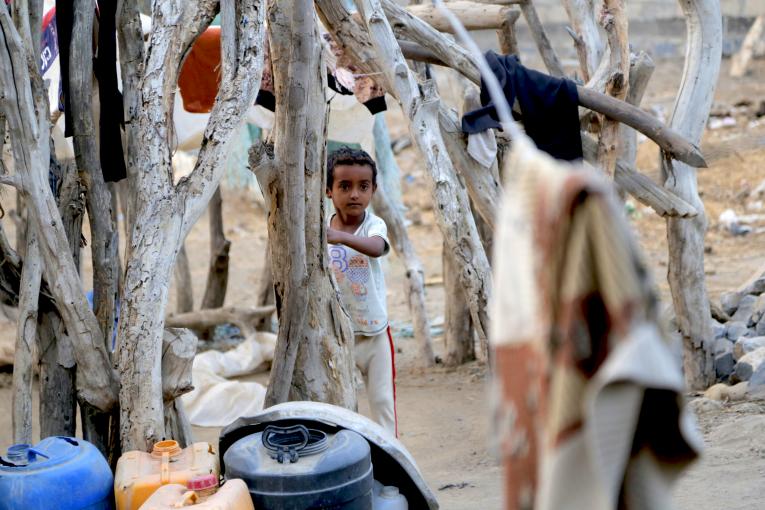 SANA’A/NEW YORK, 13 March 2019 – “The most recent attack in Hajjah, north of Hudaydah, on 9 March, took yet another devastating toll on the children of Yemen: 12 were killed while at home and another 14 injured.

“Many of the injured children have been sent to hospitals in Abs district and in Sana’a for treatment. Several cases may require evacuation to survive. UNICEF has dispatched medical supplies to the hospitals where children have been referred and is providing psychosocial support to survivors and their families.

“The recent escalation of conflict in the area has already displaced thousands of families, including children, who lack food and medicine.

“Since the beginning of March, in Hajjah alone, more than 37,000 people have been displaced within the governorate – an estimated half are children. Families are sleeping rough or seeking shelter in public buildings.

“The violence has further deteriorated the health system and sanitation services in the area, increasing the risk of cholera/acute watery diarrhoea spreading. Since January, 6,322 suspected cases have already been reported.

“The active fighting is shrinking humanitarian access in the region, cutting off access for weeks at a time. Despite these challenges, UNICEF continues to deliver assistance to displaced communities and nutrition treatment for children suffering from severe acute malnutrition.

“No matter what measures are in place, no matter how much assistance is delivered, the situation will only change for children when the conflict stops. Every day, more children die in Yemen because of this senseless war.

“UNICEF reiterates its plea to all parties to the conflict to abide by their obligations under international humanitarian law and avoid indiscriminate and disproportionate attacks in highly populated areas.

“UNICEF urges all parties to put an immediate end to violence and allow humanitarian access to children and their families wherever they are, and first and foremost, to keep children out of harm’s way.”