From Geert Cappelaere, UNICEF Regional Director in the Middle East and North Africa

Amman, 2 May 2019 – “UNICEF is alarmed at frequent reports of the execution of children in the Middle East and North Africa region. Such reports include five children who were executed in two separate incidents in the Islamic Republic of Iran and the Kingdom of Saudi Arabia in the past two weeks.

“In the Islamic Republic of Iran, according to reports, two 17-year-old boys were executed in a prison- where they were allegedly held- in Shiraz, south of the country. The children’s families and lawyers were reportedly not informed of the sentencing in advance.

“Meanwhile, in the Kingdom of Saudi Arabia, reports were received of three children who were sentenced to death and allegedly executed on 23 April.

“This is a clear violation of children’s rights.

“As stated in the Convention of the Rights of the Child: “no child shall be subjected to torture or other cruel, inhuman or degrading treatment or punishment. Neither capital punishment nor life imprisonment without possibility of release shall be imposed for offences committed by persons below eighteen years of age. If accused or guilty of breaking the law, children must be treated with dignity and respect, and in a manner, which takes into account the needs of persons of his or her age. They have a right to legal assistance and a fair trial.

“As we mark 30 years since the Convention of the Rights of the Child, UNICEF continues to reiterate the importance of state parties to the Convention to adhere to the Convention’s core principles in relation to detention, punishment, and death penalty. UNICEF stands ready to support governments and judiciaries for promoting the establishment of alternative measures to detention.” 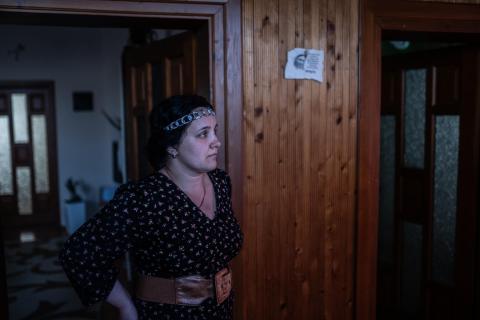