New peace agreement offers flicker of hope – if it holds 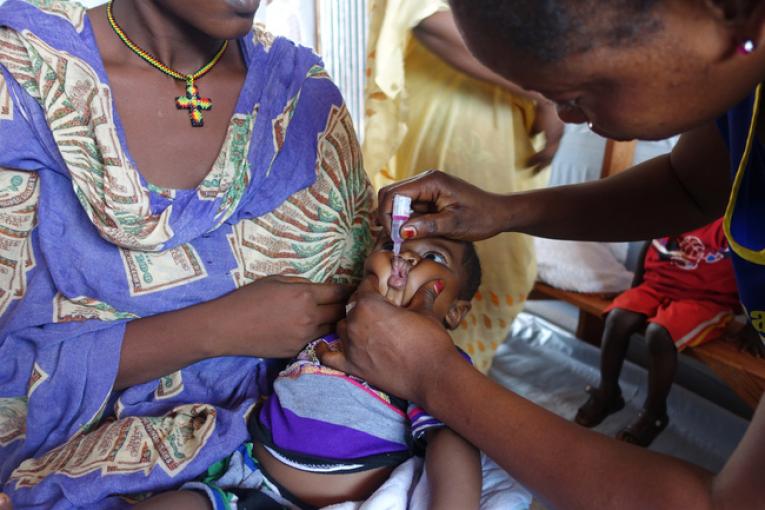 UNICEF/UN074135/O'Shea
Sabir, 5 months, is administered an oral poliovirus vaccine in Wau, South Sudan. He has also received a combination vaccine to protect him against tetanus, diphtheria, hepatitis, whooping cough and influenza.

NEW YORK/JUBA, 8 July 2018 – Out of 3.4 million babies born in South Sudan since it became the world’s youngest country in 2011, 2.6 million have been born in war, UNICEF said on the eve of South Sudan’s independence.

Conflict and underdevelopment have plagued South Sudan for decades, leaving its children out of school, malnourished and vulnerable to disease, abuse and exploitation. The prospect of a better future following the country’s independence in 2011 was short-lived following the eruption of a civil war in 2013.

“As South Sudan turns seven, a seemingly endless war continues to devastate the lives of millions of children,” said Henrietta H. Fore, UNICEF’s Executive Director who visited Juba, Ganiyel and Bentiu in the war-ravaged country earlier this year. “Warring parties can and must do more to bring back peace. The children of South Sudan deserve better.”

Although 800 children have been released from armed groups since the beginning of the year, an estimated 19,000 children continue to serve as fighters, cooks, porters and messengers and to suffer sexual abuse – up from 500 when the conflict first broke out in 2013.

The proportion of people who do not know where their next meal is coming from went up from 35 per cent in 2014 to nearly 60 per cent at present, with some areas of the country one step away from famine especially during the lean season.

Malnutrition rates are at critical levels. More than 1 million children are malnourished, including 300,000 severely so and at risk of death.

The conflict has also pushed hundreds of thousands of children out of school, with 1 in 3 schools damaged, destroyed, occupied or closed since 2013. South Sudan now has the highest proportion of out-of-school children in the world. More than 2 million children – or more than 70 per cent of those who should be attending classes – are not receiving an education.

Efforts to aid those in the greatest need are also being hampered. More than 100 aid workers have been killed in the violence since the conflict began in 2013, including a driver for UNICEF just last week.

The birth of the world’s youngest country seven years ago set off a massive return of refugees to their newly independent nation. However, since the conflict started in 2013, more than 2.5 million – including over 1 million children – have again fled fighting in South Sudan to seek safety in neighbouring countries.

“The signing of a permanent ceasefire between the two main warring parties in Khartoum last month was a positive step in what has been a faltering peace process. We now count on the leadership and commanders to respect it while ensuring that aid workers are given unrestricted access to those in need,” said Fore. “South Sudan was the first country I visited when I became Executive Director and I saw for myself how harmed children have been by the war. They simply cannot endure any more.” 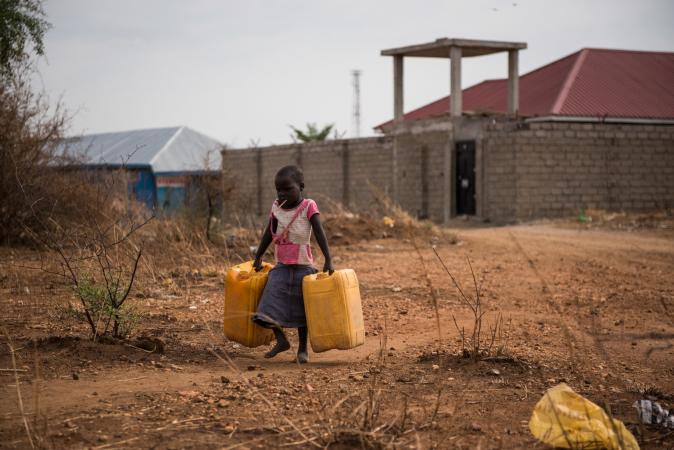 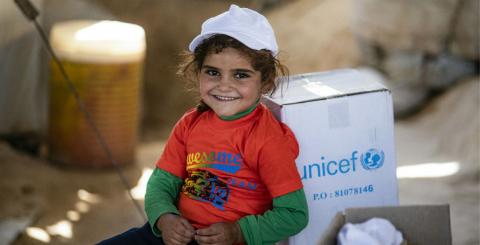