Produced for the first time in the country, for 2200 teachers and more than 35,000 native children, girls and adolescents

Supporting the Ministry of Education and Science (MEC by its Spanish initials) of Paraguay, the United Nations Children's Fund (UNICEF) has developed innovative educational materials for 18 of the country’s indigenous communities, which have been made for the first time in the country. They are expected to reach 2,200 teachers and over 35,000 native children and adolescents.

Among hills, narrow dirt roads and lush vegetation, in the Tavaí district, 300 km east of Asunción, the indigenous school of the Tuna Arroyo Guazú community is one of the beneficiaries of the podcasts produced. Some 40 families of the Mbyá people live there.

Jerónimo Benítez (18), one of the students at the community’s small school, which is attended by approximately 80 children and adolescents, listens attentively to one of the audios that discusses the history of the Aché indigenous people, who also live in the area and are one of the 19 native groups that inhabit Paraguay.

The teacher uses her computer and a small speaker for everyone to listen to the recording. In addition, she has posters related to the topic, as well as a question guide written on the blackboard to ensure that the students have understood the information.

“Unlike written texts, podcasts can engage students much more efficiently”, explains teacher Norma Fidabel, the school's principal. The community even made its own recording, using cell phones, together with ethnic leaders, explaining the importance of corn, which for the Mbyá culture is a divine gift and with which they prepare various foods that form part of their diet.

The podcasts are well received by the students because their culture is predominantly oral, according to Arsenio Larrea, the pedagogical supervisor of indigenous school education in the Tavaí district, so the information reaches them better this way.

"We want audios about our land, our history, in our language," says Jerónimo after the class, expressing his gratitude for the production of the innovative materials.

The 20 podcasts produced by UNICEF for the MEC have voiceovers in Spanish and Guaraní, one of the indigenous languages, and cover the culture of indigenous people, their history, human rights and the rights of native people in Paraguay specifically.

They were submitted on June 13 at the headquarters of the General Directorate of Indigenous School Education of the MEC, which participated in the development and validated the products before the National Council of Indigenous Education, made up of representatives of 18 native communities of Paraguay.

"These materials promote the mother tongue, revitalize culture and help children and adolescents develop their full potential," said UNICEF representative in Paraguay, Rafael Obregón, noting that the goal is to benefit 2,200 teachers and over 35,000 native students throughout the country, 100% of the school enrollment in this sector.

This process was financially supported by the Global Partnership for Education and the UNICEF Regional Office for Latin America.

In addition to this support, UNICEF works with the MEC to assist the educational transformation process in the cross-cutting areas of inclusive education, intercultural bilingual education and early childhood, as well as in the safe return to schools, the improvement of the infrastructure of educational institutions in water and sanitation and the continuity of learning in communities of the central Chaco and Caaguazú.

UNICEF's objective is to continue providing support to the MEC in indigenous education through teacher training, the development of the intercultural bilingual curriculum according to communities, improvement of infrastructure and access to technology.

Paraguay is home to a population of just over 117,000 indigenous people, distributed between 19 communities, approximately 1.8% of the national population, according to the National Institute of Statistics (INE by its Spanish initials). 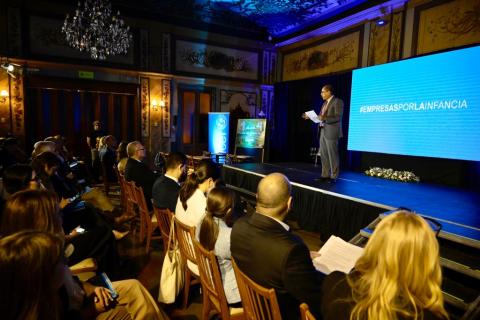 Business leaders argue that improving education should be a national cause 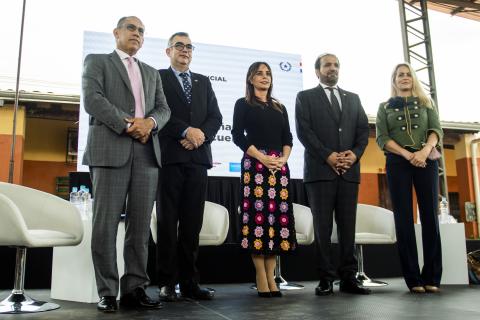 The MEC, the Office of the First Lady and UNICEF launch a project in collaboration with the Education Above All Foundation to bring 30,000 children into the education system 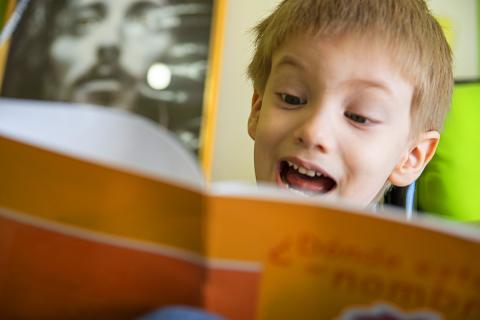 When books prevail over the television

Changing afternoons in front of the television for story books.