The cost of education in Punjab, Pakistan

The UN Convention on the Rights of the Child: Article 28 – the right to an education

Punjab, Pakistan – Farah’s childhood took place inside her home. Farah would watch her brothers leave the house, play outside and make friends, all behind latched doors and closed windows. The only time she left the house was with her mother, as Farah’s father was convinced the world wasn’t safe for young girls.

“We live in a conservative society,” Farah said. “People here do not approve of girls going out and playing. The world outside was strange and unknown to me, and no one talked to me or my older sister.”

For 11 years, Farah’s days would start and end the same: she woke up early to help her mother with household chores. She took care of the family’s goats. She worked alongside her older sister. The only interactions she had with those outside her family were people who inquired for her mother’s services; as a birth attendant, Farah’s mother helped women throughout their community survive childbirth.

“We are the poorest of all the villagers,” Farah said. “No girl wanted to be my friend. They would tell me that I have no manners, that I don’t belong in their circle. After a while, I stopped trying to make friends.”

Like many Pakistani girls, especially those living in poverty, Farah’s days were monotonous and suffocating. For most of her childhood, Farah was one of the 22.8 million children in Pakistan left out of school. Most of those children are girls, leading to a void of educated Pakistani women: in some parts of the country, up to 75 percent of women have not completed primary school.

Late last year, however, Farah’s uncle visited her parents. The first-ever girls’ school was opening in their village, he told them. Farah listened from another room as her uncle said something unprecedented: he wanted Farah’s parents to add her to the list.

Farah’s father, however, held an entirely different opinion. He refused, openly and adamantly, to send Farah to school, telling her “not to even think about attending.” Unfortunately, his perspective is shared in many families throughout Pakistan and in Punjab, Farah’s childhood home, where more than five million girls are currently not in school.

Regardless of such statistics, Farah – and her mother, Basheeran – knew she needed to be in the classroom. Basheeran ignored her husband’s wishes and enrolled Farah in school. In communities like Farah’s, schools can often be scarce and overcrowded, and Basheeran knew this opportunity was a once-in-a-lifetime chance to change her daughter’s life. If she could, Basheeran said, she would send all her children to school.

“My mother said that I am the only one lucky enough to go, and because of that, I must work hard,” Farah said.

Though Basheeran doesn’t regret her decision, Farah’s education did change the family forever. Once Farah enrolled in school, her father and older brother left the home in protest. Regardless, Farah’s mother walked her daughter to and from school every day, ensuring nothing would get in the way of Farah and her education.

“I wish my brother and father didn’t leave us,” Farah said. “My other brother tells me to not pay attention to what others say and focus on my studies only – but it’s not easy.”

At the same time, Farah’s education changed her life in other ways. Once at school, she finally began making friends – and today, she walks to and from school with them. The girls study and play together, and Farah often goes to their houses (or invites her friends to her house) to pass the time.

“We talk about everything, our problems and our joys,” Farah said.

Thirty years ago, the Convention of the Rights of the Child outlined children’s right to a quality education. In communities like Farah’s, however, that right is far from universal.

On the 30th anniversary of the Convention of the Rights of the Child, the commitment to children throughout the world needs to be reaffirmed so that girls like Farah can go to school and live life to their fullest potential.

“After I started school, I finally had friends. My uncle says I should not be scared of anyone anymore.”

Whether we are increasing the number of schools, improving girls’ access to the classroom, or changing women’s roles in society, we can and must do more to help children like Farah get what they deserve: their right to a quality education. 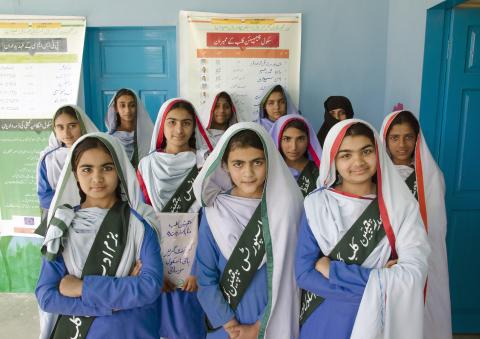 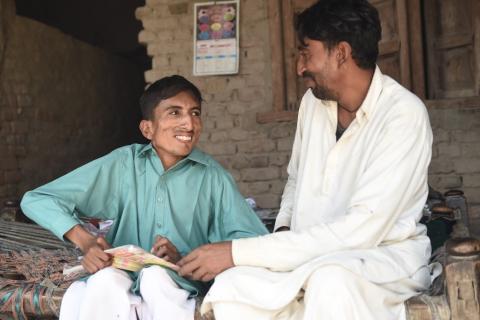